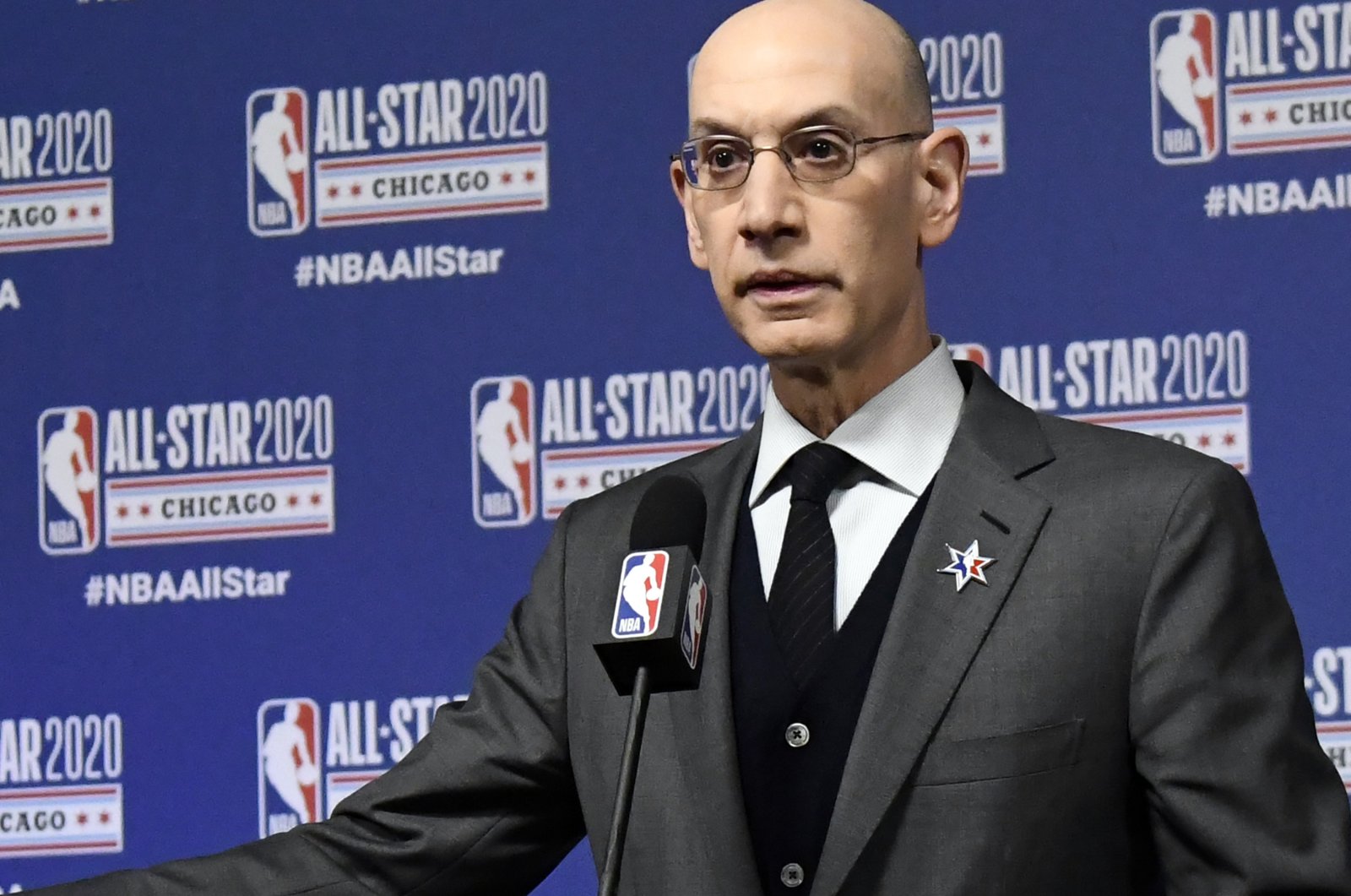 Speaking to reporters on the eve of the new NBA season, which tips off Tuesday, Silver said the number of vaccinated players had increased and was expected to go higher after the season starts.

"Roughly 96% of our players are vaccinated and that number will likely tick up a bit when the season starts," Silver told reporters.

Issues around vaccine hesitancy have loomed over the build-up to the 2021-2022 season, most notably with Brooklyn Nets star Kyrie Irving effectively sidelined over his refusal to get vaccinated.

A city regulation in New York requires individuals in public indoor spaces to be vaccinated, meaning that Irving is unable to play home games for the Nets.

The Nets subsequently said Irving would not play in either home or away games as long as he remains unvaccinated.

Silver said Monday he hoped Irving would eventually change his mind over the vaccine – but backed the New York regulations that have left his career in limbo.

"I hope that Kyrie, despite how strongly he feels about the vaccination, ultimately decides to get vaccinated because I'd love to see him play basketball this season, and I'd love to see the Brooklyn Nets have their full compliment of players on the floor," Silver said.

"And I think it's perfectly appropriate that New York and other cities have passed laws that require people who both work and visit arenas, to be vaccinated."

Silver said he had favored a league-wide vaccination mandate, something that had been opposed by the NBA Players Association but agreed to by the NBA Referees Association.

"I would have preferred ultimately that the players association agreed on mandatory vaccinations," Silver said.

"Our officials union agreed to mandatory vaccinations despite some opposition from members. But I think ultimately we could have avoided a lot of the adversarial nature of these issues for our players (with a mandate).

"It would have been best for everyone if every player had been vaccinated."

Silver would not comment when asked whether he had discussed Irving's vaccination status directly with the player, noting only that in general, the league had conducted educational outreach to all players since vaccines became widely available.

"I would like to see all our players vaccinated because it's a public service of sorts, particularly to young people who might not see the value of getting vaccinated," Silver said.

"That outreach will continue. We think that at the end of the day players being fully informed is helpful. The science very much supports getting vaccinated, not just for themselves but for their families and their communities."

However, Silver warned that players could not expect to be treated differently from the general population over vaccine rules.

"Having an opinion about whether or not to get vaccinated, is different than your right to play NBA basketball," Silver said.

Time to be merry: Christmas Markets around the world
PHOTOGALLERY