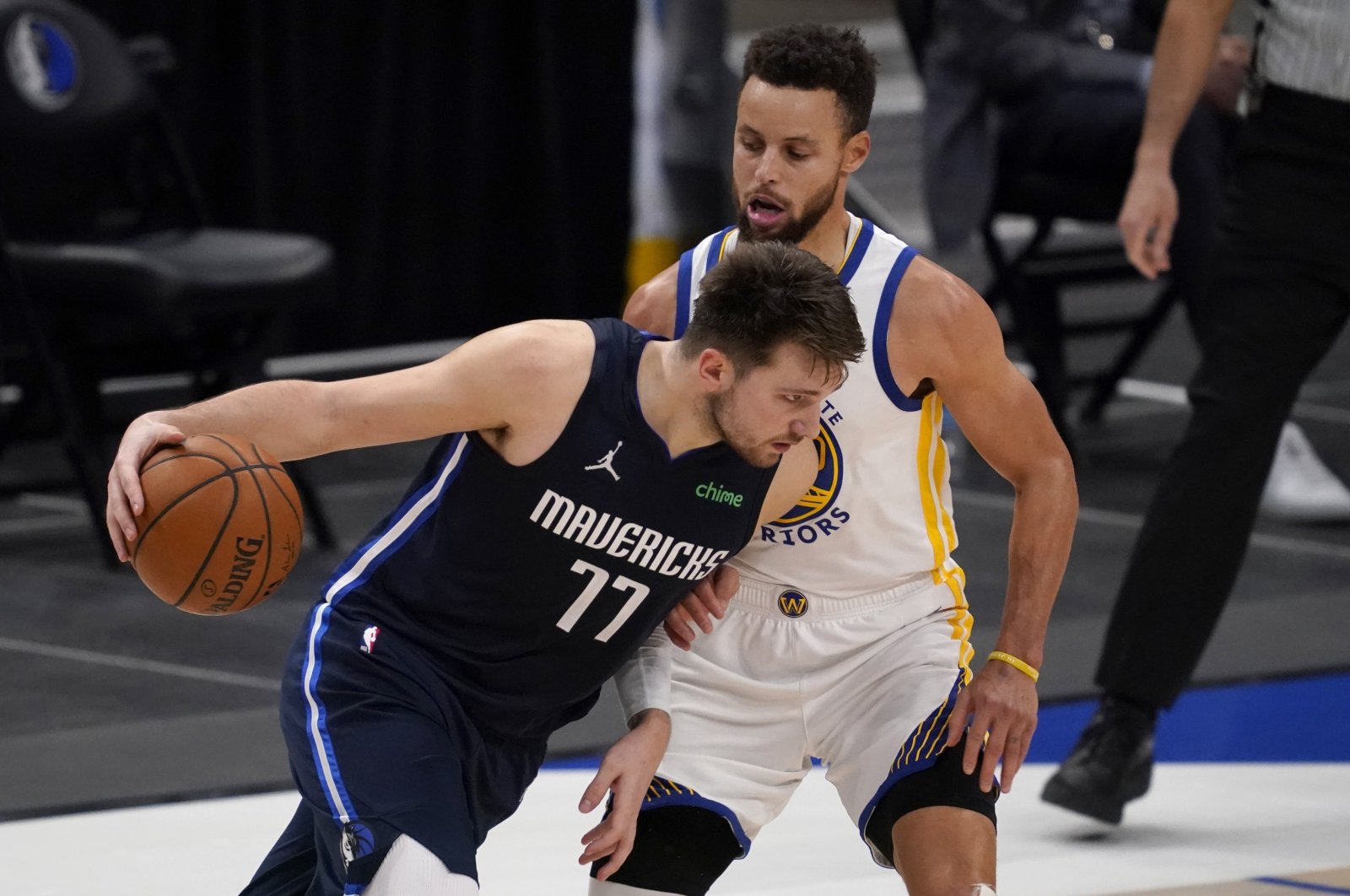 Stephen Curry won his individual duel with Luka Doncic but the host Dallas Mavericks captured the team competition over the Golden State Warriors in a wild 134-132 victory Saturday night.

Curry bombed in 11 3-pointers en route to 57 points, but they weren't enough in Golden State's effort to complete a two-game sweep in Dallas. The Warriors won 147-116 on Thursday night.

Doncic countered with a season-best 42-point performance, including a clutch 3-pointer with 44.5 seconds remaining that opened a seven-point lead.

Curry responded with a 3-pointer with 39.3 seconds left and a three-point play 10.7 seconds later to get Golden State within 131-130, but Maxi Kleber clinched Dallas' second win in its last nine games with a 3-pointer for a four-point advantage with 6.3 seconds to go. Damion Lee's tip-in with seven-tenths of a second completed the scoring.

Jerami Grant had 32 points and reserve guard Josh Jackson scored 25 of his 28 points in the second half but the Pistons lost their fourth in a row. Jackson finished with five 3-pointers. Delon Wright had 22 points on 8-of-10 shooting, making all four of his 3-pointers, and 10 assists.

Zach LaVine scored 39 points and Denzel Valentine added a season-high 20 to boost visiting Chicago to a victory over Orlando and a split of the back-to-back at Amway Center.

The Bulls led by as many as 33 points in the third quarter, their largest advantage of the season, while holding an opponent under 100 points for the first time. Bulls rookie Patrick Williams added 16 points and 10 rebounds for his first career double-double.

Joel Embiid had 33 points and nine rebounds to carry host Philadelphia past Brooklyn.

Tobias Harris added 21 points and 12 rebounds, while Ben Simmons had 16 points, 12 rebounds and eight assists. The Sixers improved to 13-0 this season with their starting five of Embiid, Simmons, Tobias Harris, Danny Green and Seth Curry.

The Nets were quite short-handed without Kevin Durant due to health and safety protocols and Kyrie Irving because of a sprained right index finger. James Harden led the Nets with 26 points, 10 assists and eight rebounds, while Landry Shamet added 22 points and Joe Harris had 14.

DeMar DeRozan scored a game-high 30 points and repeatedly delivered down the stretch of San Antonio's win over Houston.

Wall led the Rockets with 27 points and seven assists, while DeMarcus Cousins posted a double-double of 12 points and 11 rebounds. Eric Gordon (26 points) was one of three Houston reserves to score in double figures, with David Nwaba scoring 14 and Danuel House Jr. 12.

Giannis Antetokounmpo recorded 24 points and 11 rebounds to propel visiting Milwaukee to a victory over Cleveland.

Antetokounmpo added five assists on Saturday, one day after collecting 33 points and 12 rebounds in the Bucks' 123-105 victory over Cleveland.

Milwaukee's Jrue Holiday and Khris Middleton each had 20 points and Bryn Forbes made six 3-pointers to highlight his 18-point performance. The Bucks outscored the Cavaliers by a 65-45 margin in the second half to post their season high-tying fourth win in a row overall.