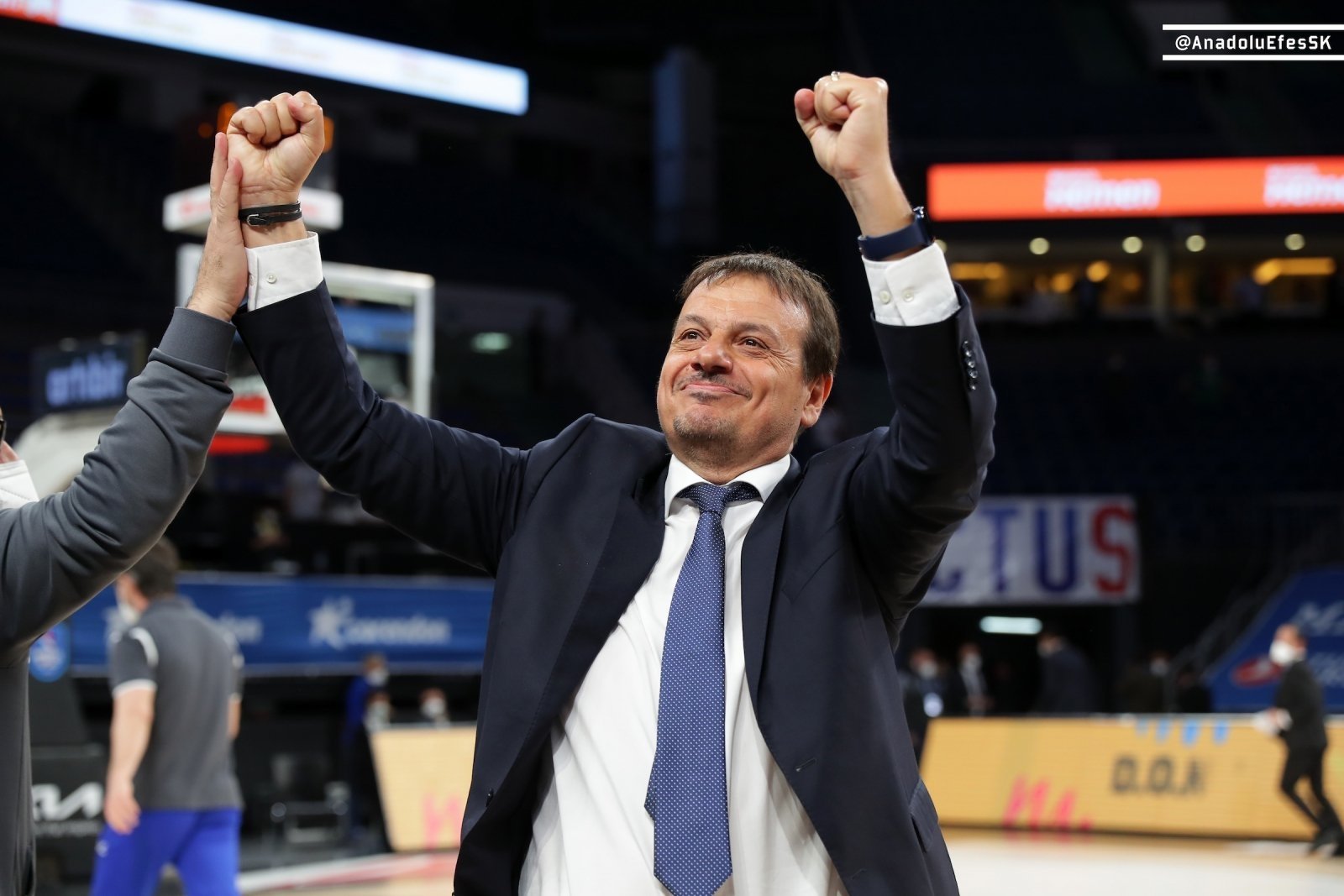 "Ergin Ataman's outstanding work on the Anadolu Efes Istanbul bench was recognized on Monday with the announcement that he has won the Alexander Gomelskiy Coach of the Year award for the 2020-21 season as voted by his peers, the head coaches of the Turkish Airlines EuroLeague," EuroLeague said in a statement.

"Coach Ataman will receive his Alexander Gomelskiy Coach of the Year Trophy in a ceremony before Efes plays its first home game of the 2021-22 season next fall," it added.

Ataman, 55, got 12 of a possible 18 first-place votes from EuroLeague coaches, with the condition that no head coach votes for himself.

The Turkish coach last season led the team to its first EuroLeague title in Efes history.

In 2016, he also helped Galatasaray claim the EuroCup trophy.

Ataman now joins Dusan Ivkovic and David Blatt as the only coaches to clinch both the EuroLeague and the EuroCup.