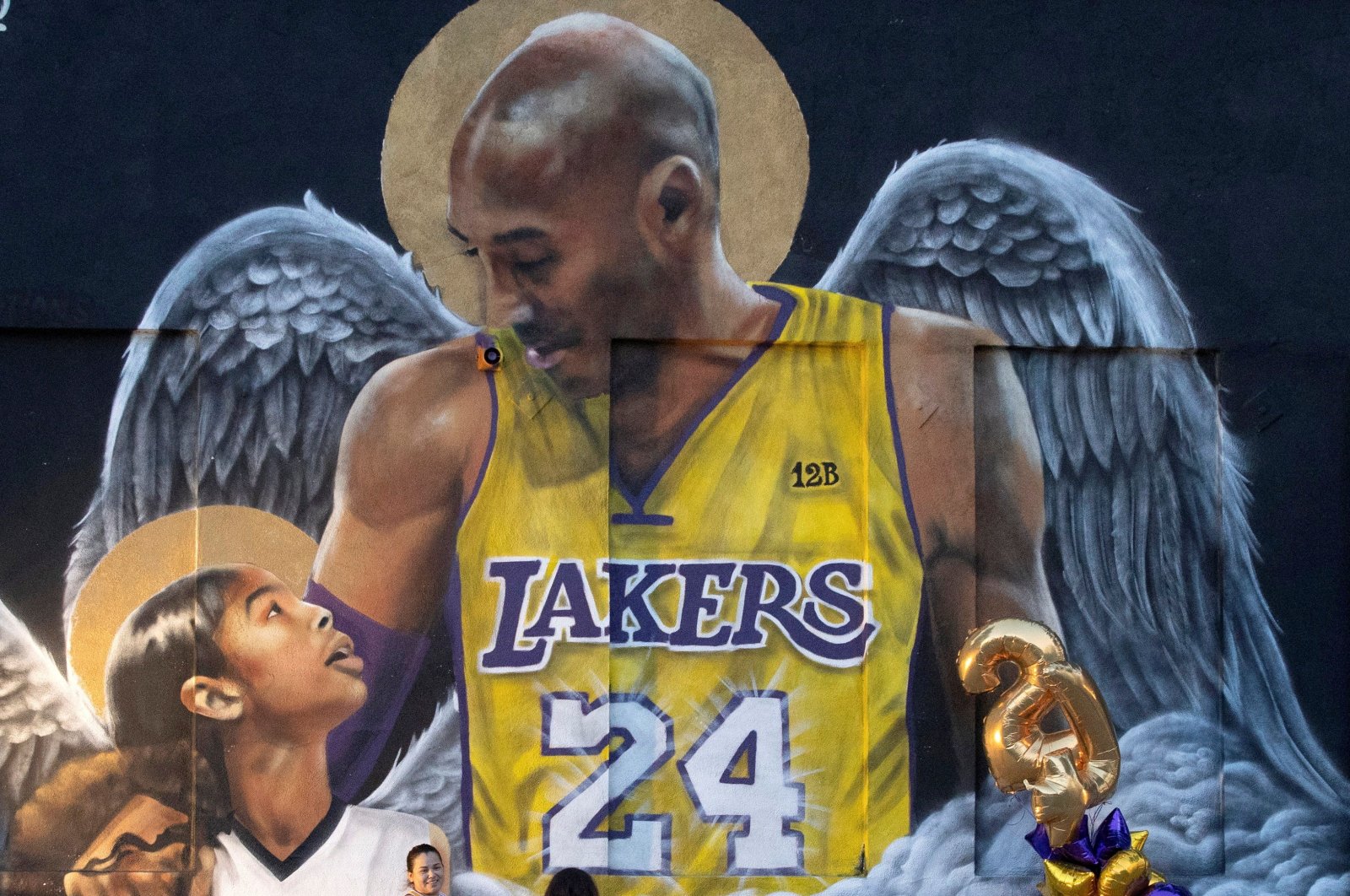 A fan poses by a mural of late Kobe Bryant, who perished one year ago alongside his daughter and seven others when their helicopter crashed into a hillside, in Los Angeles, California, U.S., Jan. 26, 2021. (Reuters)
by REUTERS Feb 09, 2021 6:57 pm
RECOMMENDED

The pilot in the January 2020 helicopter crash that killed retired NBA star Kobe Bryant, his daughter and seven others was "legally prohibited" from flying into clouds but did so anyway, the U.S. National Transportation Safety Board's chairman said Tuesday.

Pilot Ara Zobayan told air traffic controllers that his helicopter was climbing out of heavy clouds when in fact it was descending immediately before slamming into a hillside near the town of Calabasas, the agency said in June. Zobayan's actions have been in focus in the investigation into the crash of the Sikorsky S-76B helicopter outside Los Angeles into hilly terrain.

NTSB Chairman Robert Sumwalt said the pilot was "flying under visual flight orders or VFR which legally prohibited him from penetrating the clouds" but he continued into clouds. The board was meeting to vote on the probable cause of the crash.

The board "will discuss whether the pilot faced pressure to complete the flight. ... What were the expectations of the pilot under the company policy? Did he put pressure on himself and what actions could he have taken to avoid flying into the clouds?" Sumwalt said.

Zobayan was killed in the crash.

The board has said pilots can become confused about an aircraft's attitude and acceleration when they cannot see the sky or landscape around them. Sumwalt said the board "will discuss the phenomenon of spatial disorientation, which is the powerful sensation that confuses pilots who lose visual reference and what types of training can be effective in countering this effect."

The board said previously an examination of the helicopter's engines and rotors found no evidence of "catastrophic mechanical failure."

Bryant, 41, a five-time NBA champion and 18-time all-star with the Los Angeles Lakers, was traveling with his 13-year-old daughter, Gianna, two other girls and several friends to a youth basketball tournament at the time of the crash. The accident prompted an outpouring of shock and grief from sports fans worldwide.