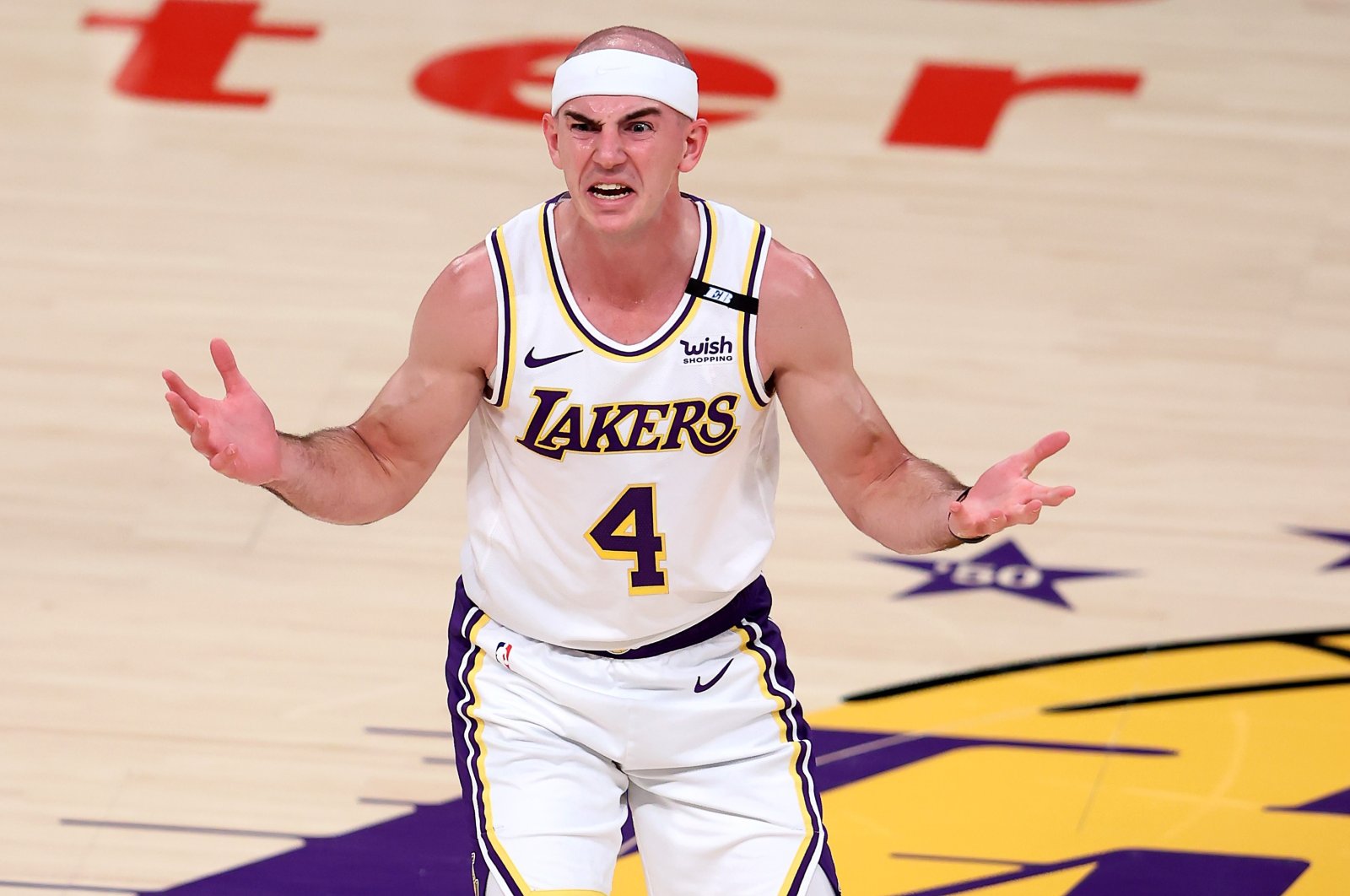 Alex Caruso of the Los Angeles Lakers reacts after being called for a foul during Game 4 of the Western Conference first-round playoff against the Phoenix Suns at Staples Center, Los Angeles, California, U.S., May 30, 2021. (AFP Photo)
by Reuters Jun 23, 2021 2:49 pm

The Texas A&M Police Department told ESPN that they found a herb grinder containing marijuana in free agent Caruso's bags during a preflight check at the local airport.

Brazos County (Texas) County jail records show that Caruso, 27, was charged with possessing less than two ounces of marijuana and with possession of drug paraphernalia.

Caruso, who went to high school in College Station and played for Texas A&M, entered the NBA as an undrafted free agent with the Lakers in 2017-18.