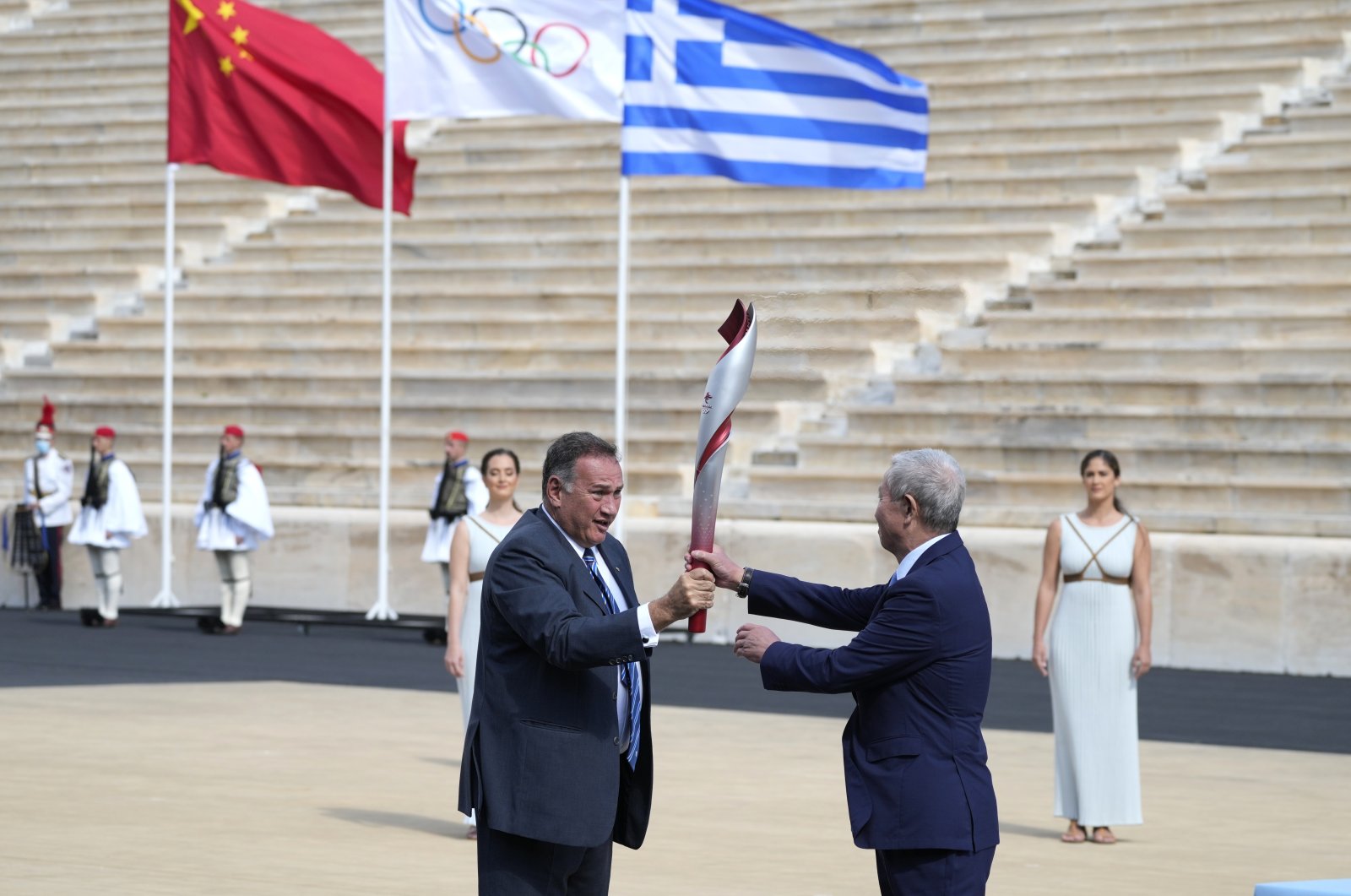 Beijing 2022 Winter Olympics organizers received the Olympic flame from Greece on Tuesday as calls to boycott the Games on humanitarian grounds continue to grow.

The handing over took place a day after the lighting ceremony was disrupted by activists calling for the event to be postponed.

"The Olympic flame will travel to the Great Wall and across other parts of China, bringing with it the light of peace and friendship," Yu said.

He said China vowed to deliver "a streamlined, safe and splendid Games."

Actresses dressed as ancient Greek priestesses had earlier lit a cauldron with the Olympic flame after China's Turin 2006 and Vancouver 2010 freestyle ski silver medalist Li Nina ran a lap with the torch in the second-century stadium.

The ceremony was held without spectators, with mainly officials and media in attendance.

The International Olympic Committee (IOC) has said the flame will go on display to the public in Beijing before setting off on an exhibition tour.

Earlier Tuesday, activists against the Beijing 2022 Winter Olympics urged the IOC to postpone the event, arguing that China was perpetrating "genocide" against Uyghurs and Tibetans.

"This is sportswashing. There are no legitimate reasons to host the Games during a genocide," Zumretay Arkin, advocacy manager of the World Uyghur Congress, told a news conference in the Greek capital.

During the lighting ceremony in Olympia Monday, the activists unfurled a Tibetan flag and a banner that said, "no genocide" at the Games. A similar protest was held at the Acropolis in Athens Sunday.

Campaigners believe that at least 1 million Uyghurs and other Turkic-speaking, mostly Muslim minorities, are incarcerated in camps in Xinjiang.

After initially denying the existence of the Xinjiang camps, China later defended them as vocational training centers aimed at reducing the appeal of extremism.