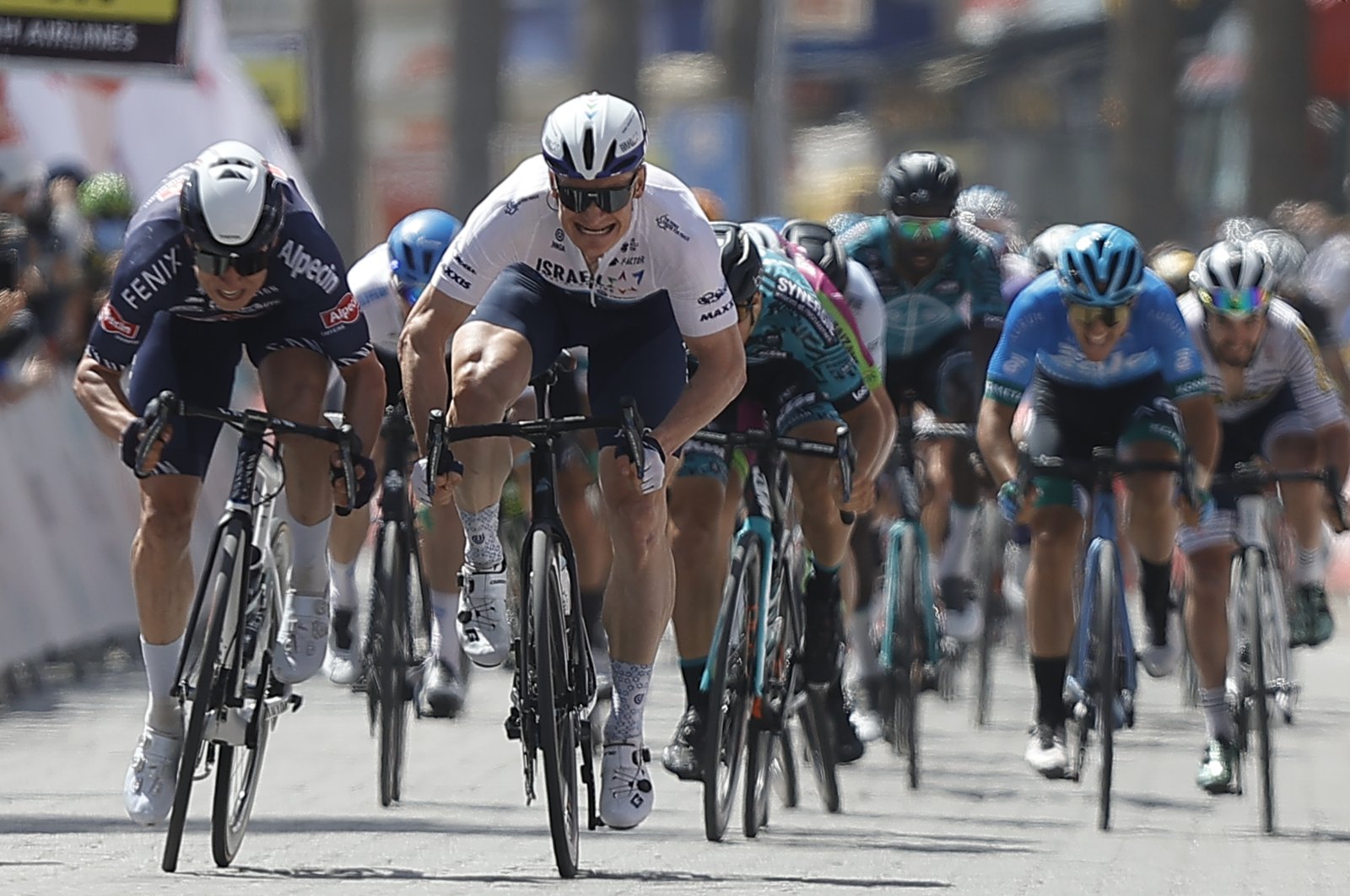 "I was disappointed with three 2nd places. I’m super happy to finally win here in Turkey," Philipsen said after the victory.

He was followed at the finish line by veteran sprinters like Germany's Andre Greipel and Briton Mark Cavendish. Greipel, 38, finished second and the 35-year-old Cavendish fourth.

It was a second top-of-the-podium finish this month for Philipsen, having savored his first success in winning the Scheldeprijs road cycling one-day race ahead of Ireland's Sam Bennett and Cavendish.

Delko's Spanish rider Jose Manuel Diaz. who won the fifth stage Thursday, retained the leader's jersey. Cavendish, on the other hand, holds the sprint points jersey by a single point from Philipsen after three straight wins earlier on the tour.

Marmaris is a well-known tourist resort on the Mediterranean coast.

The 56th Presidential Cycling Tour of Turkey will end on Sunday with the eighth leg.