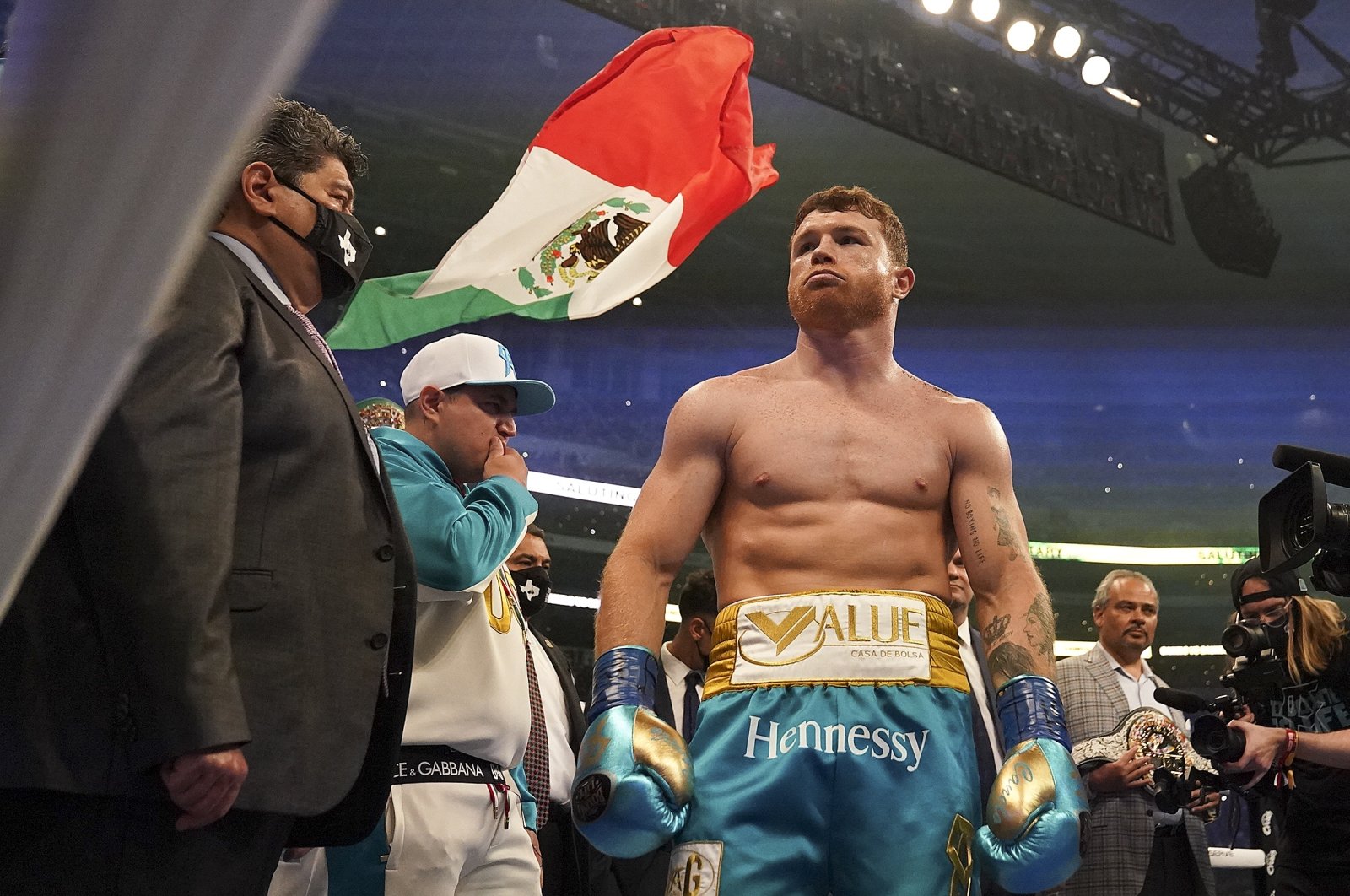 Canelo Alvarez has a chance to do something no Mexican boxer had ever done before after the three-belt super middleweight champion lined up a schedule culminating in a showdown with International Boxing Federation champ Caleb Plant on Saturday night.

The winner will be the undisputed world champion at 168 pounds, holding all four major sanctioning bodies' title belts. That's something no super middleweight has ever done. Only five male boxers have ever done it at any weight since the feat became possible in 1988.

Somewhat improbably to Alvarez, none of those five undisputed champion fighters was Mexican. Alvarez (56-1-2, 38 KOs) has the chance to be the first at the MGM Grand Garden Arena on Saturday night in Las Vegas, and he doesn't intend to fail.

“The goal is to be an all-time great," Alvarez said. “I’m so proud of the journey I’ve taken to achieve that. I’m not going to stop until I’ve tried my best to reach that goal.”

At 31, Canelo is in his fighting prime as the recognized pound-for-pound king of his era, racking up multiple world titles in four weight classes and countless major paydays. It wouldn't be surprising for a fighter of Alvarez's talents and accomplishments to lose some focus – in fact, it would be something that's happened plenty of times to plenty of great champions.

Instead, Alvarez remains an inveterate gym rat dedicated to honing his skills and finding new challenges to overcome. Being the undisputed king at 168 pounds is just the latest mountain.

“Even harder than getting to the top is staying there," Alvarez said. “That’s why I try to get better each and every day. That’s what I’ve been trying to do from my first fight up until now.”

On paper, this bout is a mismatch – but so was just about every fight Alvarez has had in the past eight years, except for his two sensational meetings with former middleweight king Gennady Golovkin.

Although Plant (21-0, 12 KOs) has fast hands, a strong jab and good defensive instincts, his two biggest deficiencies appear to be in power and experience. He doesn't have nearly enough of either quality to thrive in a matchup with Alvarez, but Plant insists his strengths will be enough.

Plant has only two stoppage victories in his last 10 fights, all of which have been against opponents who wouldn't even cause Alvarez to raise an eyebrow. Plant's most noteworthy win was in January 2019, when he took the IBF title from Jose Uzcategui.

Plant might not have Alvarez's skills or experience, but nobody doubts this champion's toughness and resilience. The Tennessee native's life story is by turns tragic and inspirational.

He lost his 19-month-old daughter, Alia, in 2015 to several medical problems, including seizures. He sold drugs while growing up with his addicted mother, who was killed after brandishing a knife at a police officer in 2019, only two months after her son won his world title.

Plant persevered and built a career worthy of a shot at Alvarez, the golden ticket for any fighter in several weight classes.

“I’ve been the underdog before,” Plant said. “It’s a place I like to be. I like people rooting against me. It gives me extra motivation. But when you’re fighting for undisputed status, you don’t need much more motivation than that.”

Alvarez has never lacked for motivation, either. He has amassed several lifetimes' worth of championship belts and money, but he remains driven by pure athletic challenge – and, of course, national pride.

Even though he lives in San Diego for much of the year, Mexico is never far from Alvarez's mind. While discussing the chance to make undisputed history this week, he detoured to express his support for Sergio Perez, who has a realistic shot to become the first Mexican driver to win Formula One's Mexican Grand Prix on Sunday when he drives for Red Bull.

“The fact that I can make history this weekend along with Checo (Perez) is very motivating for me,” Alvarez said. “My goal is to make this an unbelievable weekend for Mexico.”