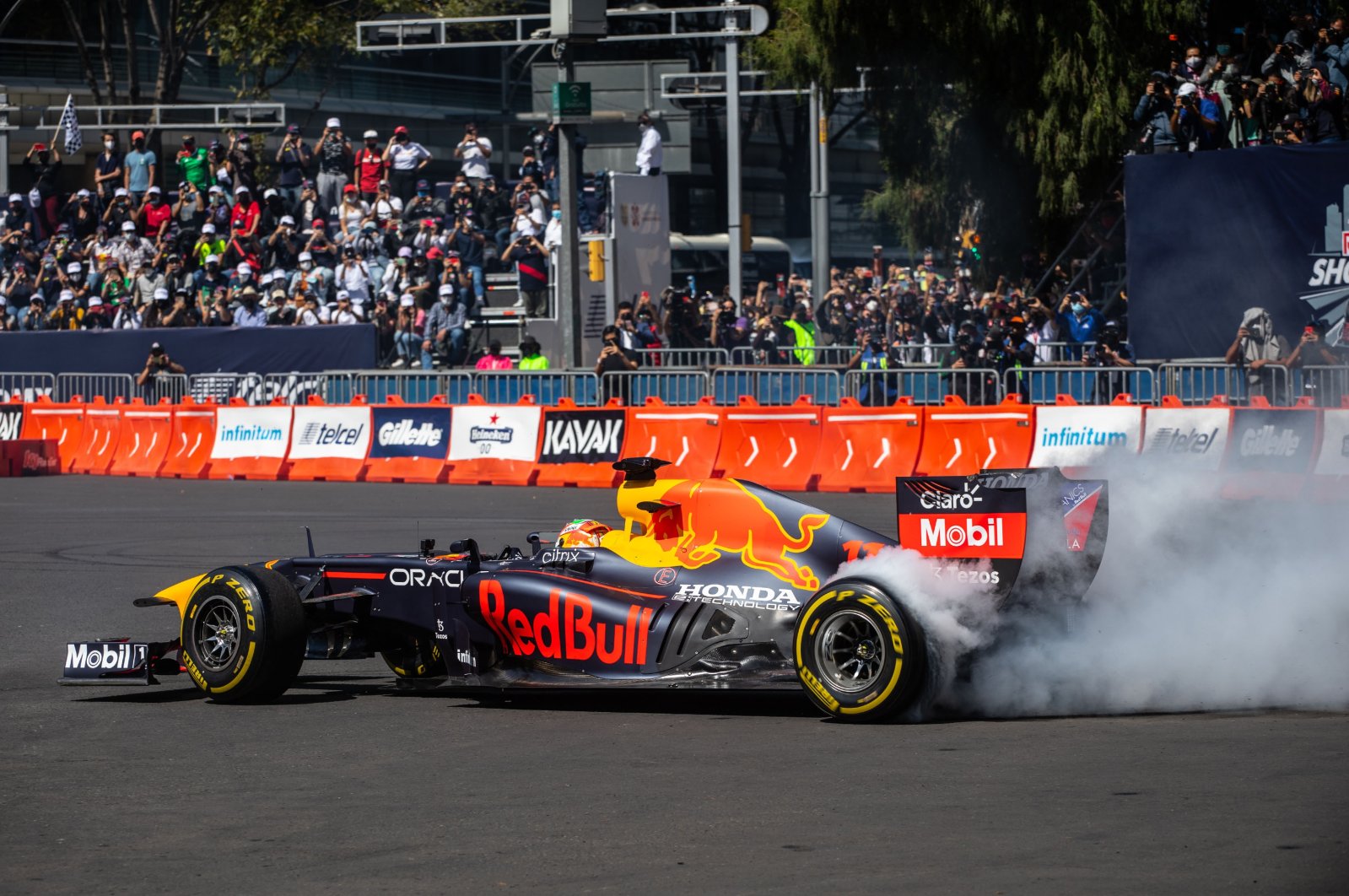 Mexico’s favorite racing son Sergio Perez is back, this time with a chance to win his home race at the Mexican Grand Prix on Sunday, while his Red Bull teammate Max Verstappen and Mercedes’ Lewis Hamilton battle for the season championship.

F1 hasn’t raced in Mexico City since 2019. In years past, thundering chants of "Checo! Checo!” poured out of the massive grandstands at the Autodromo Hermanos Rodriguez, even when Perez was just scrapping for a top10 finish.

He returns this week with a car capable of a podium finish and maybe even a victory that could turn those cheers into rapture.

“A podium would be amazing, it's the least that the country deserves,” Perez said. “We are in Red Bull now and the support is even bigger this time around.”

Perez is one of just six Mexican drivers in F1 history and has always been adored by race fans in his home country, even when he was in teams and cars that were nowhere near the front. His best finish here is seventh, which he has done twice.

Even early in his career, his popularity and potential made him a key figure in helping race promoters bring the world’s biggest motorsports series back to Mexico in 2015 after being away for 23 years.

Perez helped lure investors and joined efforts to land political support for the race, said Tavo Hellmund, the former American driver and promoter who helped develop the race. In 2015, then-President Enrique Pena Nieto made sure to visit Perez in his garage.

“Checo was instrumental in the public relations of it all,” Hellmund said. “The (politics) was pretty difficult to navigate. Checo was huge in that.”

He’s still the focus of the publicity surrounding the race weekend. While Verstappen and Hamilton fight through F1′s best championship duel in years, it’s Perez who is most prominently featured in advertising across the city and the airwaves.

The souvenir zone at the track typically has sales tents featuring special Perez merchandise, usually located not far from those dedicated to Ayrton Senna, the Brazilian racing legend who was killed in 1994.

Perez pays back that goodwill from local fans when he can. When Mexico City was hit with an earthquake in 2017 that killed more than 200 people a month before the race, Perez donated more than $165,000 to relief efforts and came to the city to help raise more.

On Wednesday, more than 100,000 fans watched him drive a Red Bull call on Mexico City's famed Paseo de la Reforma, blasting his engine and spinning donuts. He said he has faced a barrage of requests for favors along with requests for tickets “but I don't have any more!"

“I have so much to be thankful with the fans,” Perez said. “To me it would be a dream come true to win the race.”

A product of the Ferrari Driver Academy, he got early financial backing from Mexico’s Carlos Slim, one of the richest men in the world. He was 15 when he left his native Guadalajara for Europe to join the junior circuits that feed into F1.

His career was hot in 2012 when he scored his first three podiums with Sauber. But the next several years with McLaren, Sahara Force India and Racing Point produced just a handful of podium finishes. By 2020, he was in danger of losing his seat.

His first career victory came in the 2020 Sakhir Grand Prix in Bahrain. It was the perfect drive at the perfect time, and launched his path to Red Bull.

Red Bull finally has Perez in a car that can fight for the podium. And while he is still No. 2 to Verstappen, he’s enjoying the best season of his career. Perez won in Azerbaijan and has three more podium finishes, including the last two races in Turkey and the United States.

He threatened to take pole position at the U.S. Grand Prix until a shaky final lap was eclipsed by Verstappen and Hamilton. The Austin crowd was packed with fans from Mexico who cheered him around every lap in a sneak preview of what’s to come this weekend.

Red Bull is considered the favorite to win in the high altitude of Mexico City, adding a new level of pressure.

“You want to see a motivated Checo, in a car that could win? Holy cow, Batman!” Hellmund said.

The racetrack is named after brothers Ricardo and Pedro Rodriguez, who were killed in racing accidents. Dashing and fearless, Ricardo Rodriguez was only 20 when he crashed at this track in a non-championship F1 race in 1962. The turn where he died was long considered one of the most dangerous in the sport and was drastically altered to meet new safety standards when F1 returned in 2015.

Pedro Rodriguez raced 55 Formula One events and won twice. He died in a flaming crash in a lower-level race in Germany in 1971 at age 31. Another Mexican driver, Moises Solana, died in a race in the United States in 1969.

Until Perez came along, they were the standard bearers of Mexican drivers in F1.

“Checo, if he wins in Mexico, you might as well just forget it,” Hellmund said. “It will be a wonderful revolution of joy. He could probably be elected president.”