China accuses US of 'politicizing sports' in Olympics boycott row 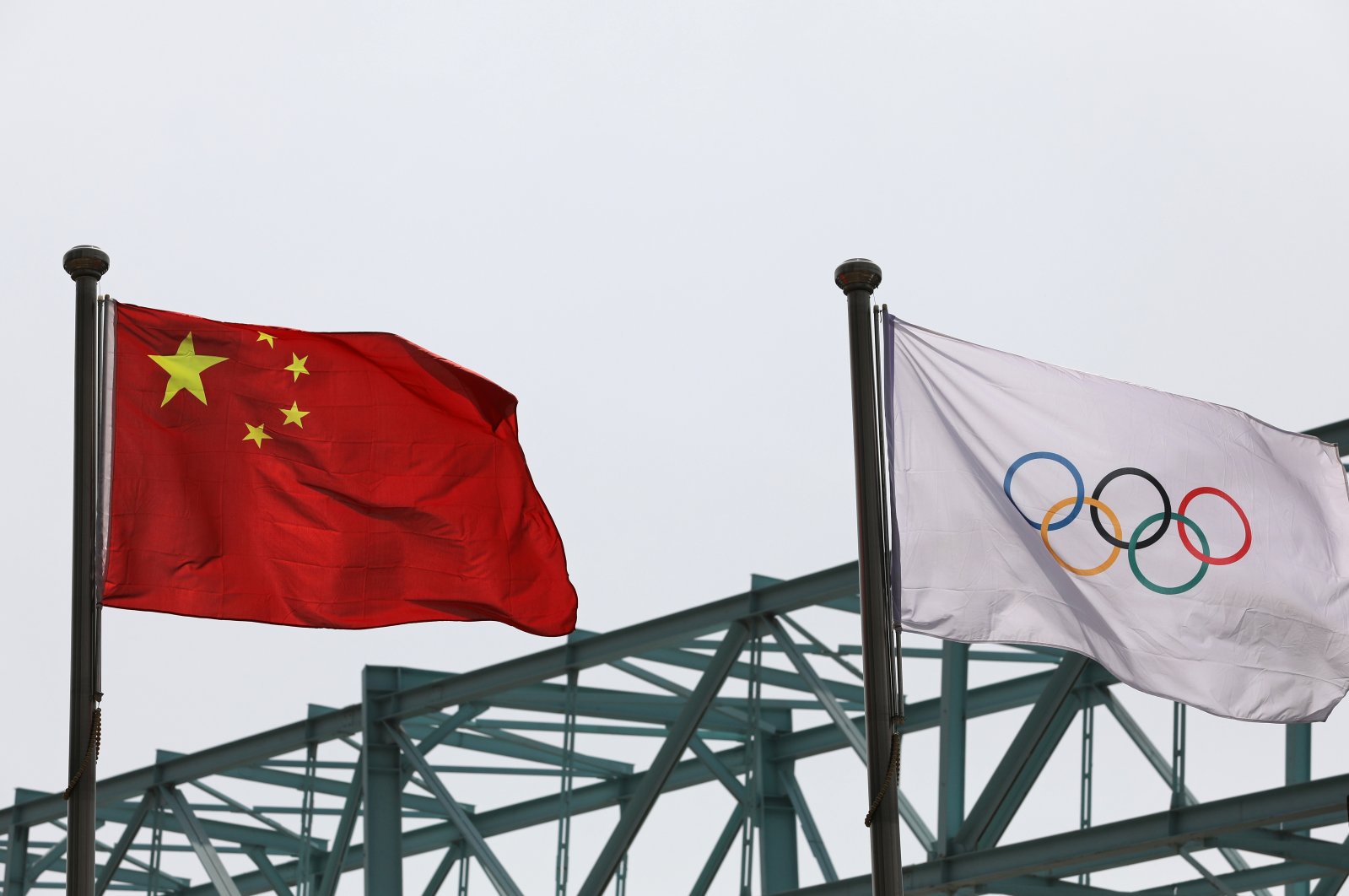 A Chinese national flag flutters next to an Olympic flag at the Beijing Organizing Committee for the 2022 Olympic and Paralympic Winter Games, in Beijing, China, March 30, 2021. (Reuters Photo)
by French Press Agency - AFP Apr 07, 2021 6:15 pm
RECOMMENDED

China on Wednesday hit back at the U.S., accusing it of "politicizing sports," after Washington said it would discuss boycotting the Beijing Olympics with allies amid growing calls to shun the Winter Games on human rights grounds.

Republican politicians in the U.S. have led calls for a boycott of the Olympics, in part over what rights monitors say is the mass incarceration and indoctrination of more than a million Uyghurs and other mostly Muslim people in the northwestern region of Xinjiang.

China has rejected the claims and said Wednesday that allegations of genocide are "the lie of the century from top to bottom."

"As for the idea of a so-called joint boycott of the Beijing Olympics, I want to stress that politicizing sports goes against the spirit of the Olympic Charter, and damages the rights and interests of each country's athletes and the global Olympic cause," said foreign ministry spokesman Zhao Lijian.

He said it would "not be accepted by the international community."

On Tuesday, State Department spokesman Ned Price was asked if the United States would consider a joint boycott with allies and said it was "something that we certainly wish to discuss."

But he later stressed that the United States does not "have any announcement regarding the Beijing Olympics," writing on Twitter that "we will continue to consult closely with allies and partners to define our common concerns and establish our shared approach."

"When it comes to our concerns with the government in Beijing, including Beijing's egregious human rights violations – its conduct of genocide in the case of Xinjiang," Price said, U.S. action is "meaningful" but an effort that "brings along our allies and partners will have all the more influence with Beijing."

President Joe Biden's administration has repeatedly kept the door open to boycotting the Olympics without announcing any firm direction.

A potential boycott of the Beijing Olympics has increasingly become embroiled in U.S. domestic politics, with Republicans seeking to paint Biden as hypocritical and soft on China.

The United States led a boycott of the 1980 Moscow Olympics over the Soviet invasion of Afghanistan, with the Soviet bloc snubbing the Summer Games in Los Angeles four years later in retaliation.

The United States Olympic and Paralympic Committee (USOPC), in the meantime, reiterated its opposition to a boycott of the 2022 Beijing Winter Olympics, saying athletes should not be used as "political pawns."

In remarks to reporters ahead of a U.S. Olympic team media event, USOPC president Susanne Lyons repeated the organization's stance that boycotts were ineffective.

"We at the USOPC oppose athlete boycotts because they've been shown to negatively impact athletes while not effectively addressing global issues," Lyons said.

"For our athletes, their only dream is to represent the USA and what we stand for on the international field of play.

"We do not believe that Team USA's young athletes should be used as political pawns."

The Beijing Winter Games are scheduled to begin on Feb. 4 next year, just six months after the postponed summer Tokyo Olympics.