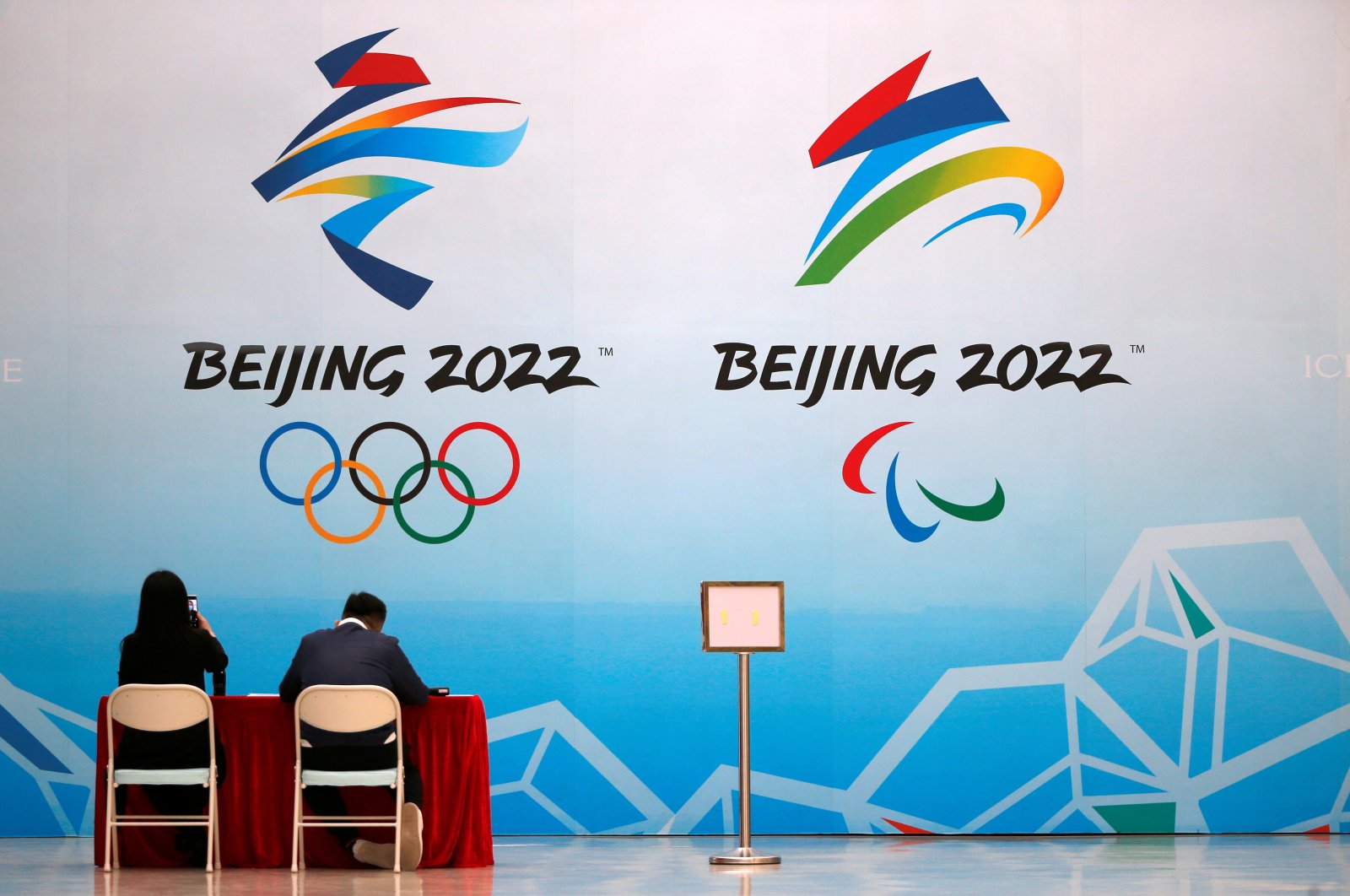 Staff members sit near a board with signs of the 2022 Olympic Winter Games, at the National Aquatics Center, known colloquially as the "Ice Cube," in Beijing, China, April 1, 2021. (Reuters Photo)
by ASSOCIATED PRESS Apr 07, 2021 11:35 am
RECOMMENDED

The Joe Biden administration is discussing with allies a joint approach to China and its human rights record, including how to handle the upcoming Beijing Winter Olympics, the U.S. State Department said Tuesday.

The department initially suggested that an Olympic boycott to protest China’s rights abuses was among the possibilities but a senior official said later that a boycott has not yet been discussed.

The official said the U.S. position on the 2022 Games had not changed but that the administration is in frequent contact with allies and partners about their common concerns about China. Department spokesman Ned Price said earlier the consultations were being held in order to present a united front.

"Part of our review of those Olympics and our thinking will involve close consultations with partners and allies around the world," Price told reporters.

Human rights groups are protesting China’s hosting of the Games, which are set to start in February 2022. They have urged a diplomatic or straight-up boycott of the event to call attention to alleged Chinese abuses against Uyghurs, Tibetans, and residents of Hong Kong.

Price declined to say when a decision on the Olympics might be made but noted there is still almost a year until the Games are set to begin.

"These Games remain some time away. I wouldn’t want to put a timeframe on it, but these discussions are underway,” he said. "It is something that we certainly wish to discuss and it is certainly something that we understand that a coordinated approach will be not only in our interest, but also in the interest of our allies and partners. So this is one of the issues that is on the agenda, both now and going forward."

The Beijing Winter Olympics open on Feb. 4, 2022, and China has denied all charges of human rights abuses. It says "political motives” underlie the boycott effort.

Rights groups have held protests, met with the International Olympic Committee and they have been told the Olympic body must stay politically "neutral.” They have been told by the IOC that China has given "assurances” about human rights conditions.

Both the IOC and the U.S. Olympic and Paralympic Committee have said in the past they oppose boycotts.

In March, IOC president Thomas Bach said history shows that boycotts never achieve anything. "It also has no logic," he said. "Why would you punish the athletes from your own country if you have a dispute with a government from another country? This just makes no real sense.”

The USOPC has questioned the effectiveness of boycotts. "We oppose Games boycotts because they have been shown to negatively impact athletes while not effectively addressing global issues,” it said. "We believe the more effective course of action is for the governments of the world and China to engage directly on human rights and geopolitical issues.”