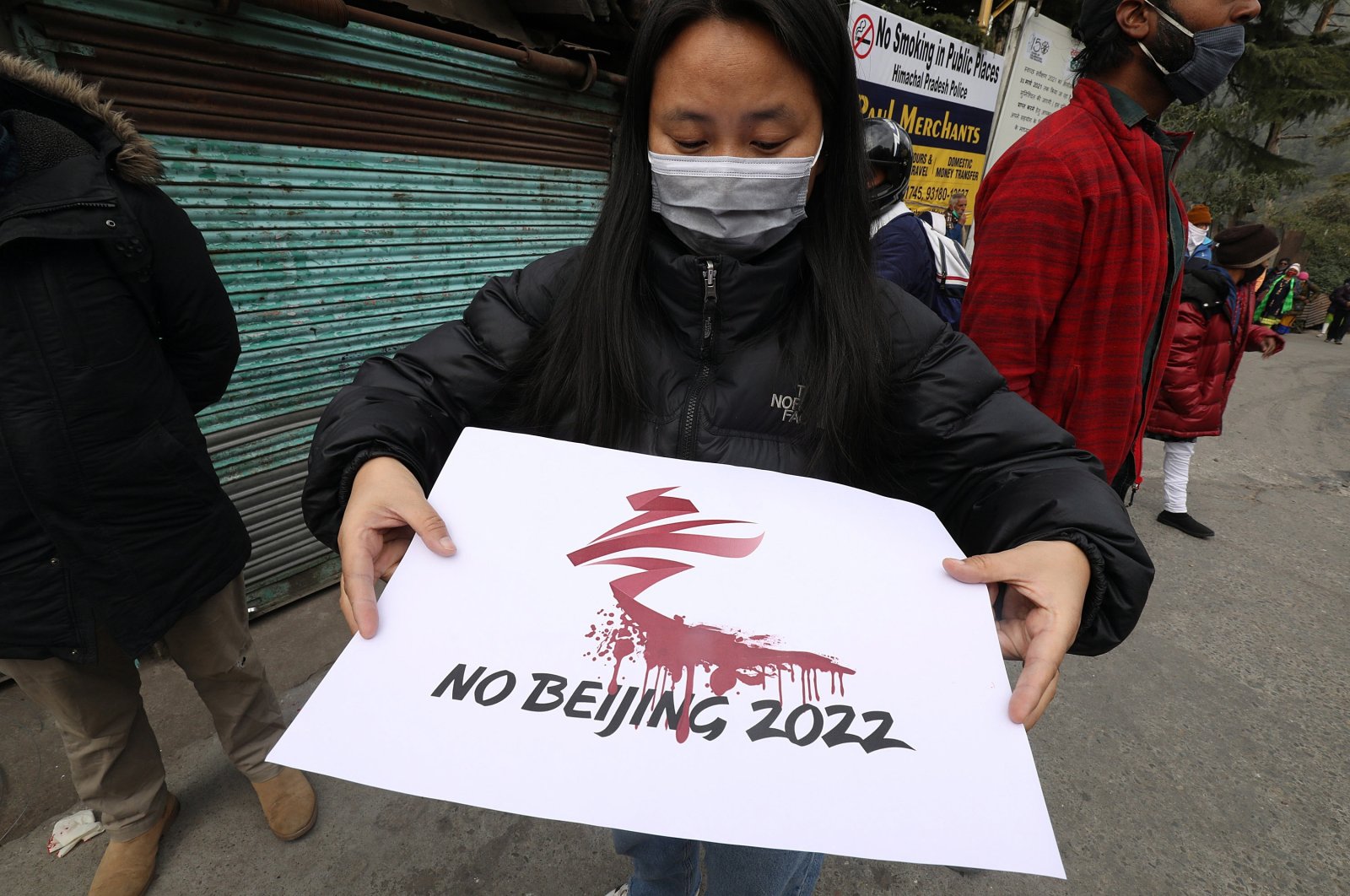 Tibetans living in exile and activists belonging to different NGOs hold placards during a protest against alleged Chinese atrocities and to boycott the 2022 Beijing Winter Olympics, at McLeod Ganj near Dharamsala, India, Feb. 3, 2021.
by ASSOCIATED PRESS Feb 03, 2021 5:24 pm
RECOMMENDED

A coalition of 180 rights groups on Wednesday called for a boycott of next year’s Beijing Winter Olympics tied to reported human rights abuses against ethnic minorities in China.

The coalition is composed of groups representing Tibetans, Uighurs, Inner Mongolians, residents of Hong Kong and others.

The group has issued an open letter to governments calling for a boycott of the Olympics “to ensure they are not used to embolden the Chinese government’s appalling rights abuses and crackdowns on dissent.”

Rights groups have previously asked the Switzerland-based International Olympic Committee (IOC) to move the games from China. The IOC has largely ignored the demands and says it is only a sporting body that does not get involved with politics.

The groups said because of the IOC's inaction “it now falls on governments to take a stand and demonstrate that they have the political will to push back against China’s reprehensible human rights abuses."

Beijing hosted the 2008 Olympics, which it promised would improve human rights in the country. Instead, the groups say the prestige of the Olympics has led to “a gross increase on the assault on communities living under its rule.”

The situation of the Uighurs in northwestern China has received most of the attention. Last week, U.S. Secretary of State Antony Blinken reiterated on his first day in office that he believed genocide was being committed against Xinjiang’s ethnic minorities.

British Foreign Secretary Dominic Raab last October suggested the U.K. may boycott the Winter Olympics for the first time over China's treatment of the Uighur Muslims

China has brushed off the criticisms as interference in its internal affairs and politicization of sports. It has reacted strongly to charges of genocide. One Chinese official called it the “lie of the century.”

Since 2016, China has swept a million or more Uighurs and other predominantly Muslim minorities into prisons and indoctrination camps that the state calls training centers, according to estimates by researchers and rights groups.

People have been subjected to torture, sterilization and political indoctrination in addition to forced labor as part of an assimilation campaign, according to former residents and detainees, as well as experts and leaked government documents.

China at first denied the existence of the internment areas. It later acknowledged them, but denied any abuses and says the steps it has taken are necessary to combat terrorism and a separatist movement.

“The IOC refused to listen in 2008, defending its decision with claims that they would prove to be a catalyst for improved human rights,” the letter says. “As human rights experts predicted, this decision proved to be hugely misplaced; not only did China’s human rights record not improve but violations increased substantially without rebuke.