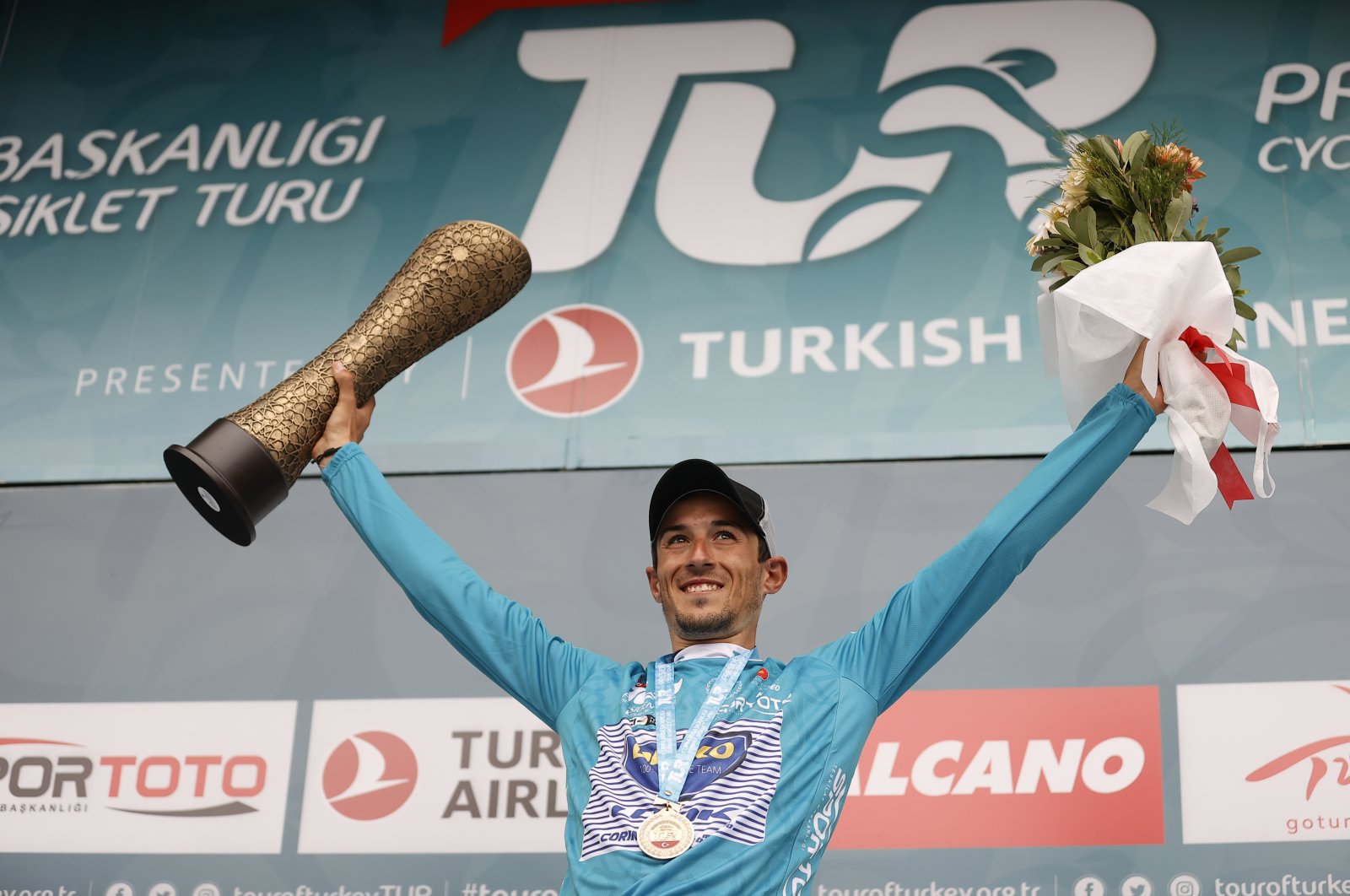 Despite a final stage win for British rider Mark Cavendish, Delko's Spanish cyclist Jose Manuel Diaz Gallego came out as the overall winner of the 56th Presidential Cycling Tour of Turkey on Sunday.

The 26-year-old Spaniard won the tour with a timing of 29 hours 19 minutes and 40 seconds at the end of a total of eight stages.

Overall, the cyclists covered a total of 1,244 kilometers on the tour.

British veteran Cavendish, landed the final blow in his weeklong sprint duel with Jasper Philipsen, bursting past the young Belgian in the closing 100 meters of the 160.3-kilometer final stage, between Bodrum and Kuşadası.

The 35-year-old Cavendish, who before this race had not won since February 2018, grabbed the second, third and fourth stages in Turkey with Philipsen second each time.

The Belgian hit back to take stage six, when Cavendish missed the podium, and stage seven, with Cavendish third.

Despite the efforts of Vine's depleted Alpecin team, including Philipsen, on Sunday, he could not collect the bonus he needed to overhaul Diaz's tiny lead.

The BB Hotels team withdrew from the race before the final stage after a positive COVID-19 test in its team. The American Rally team had done the same on Friday morning.