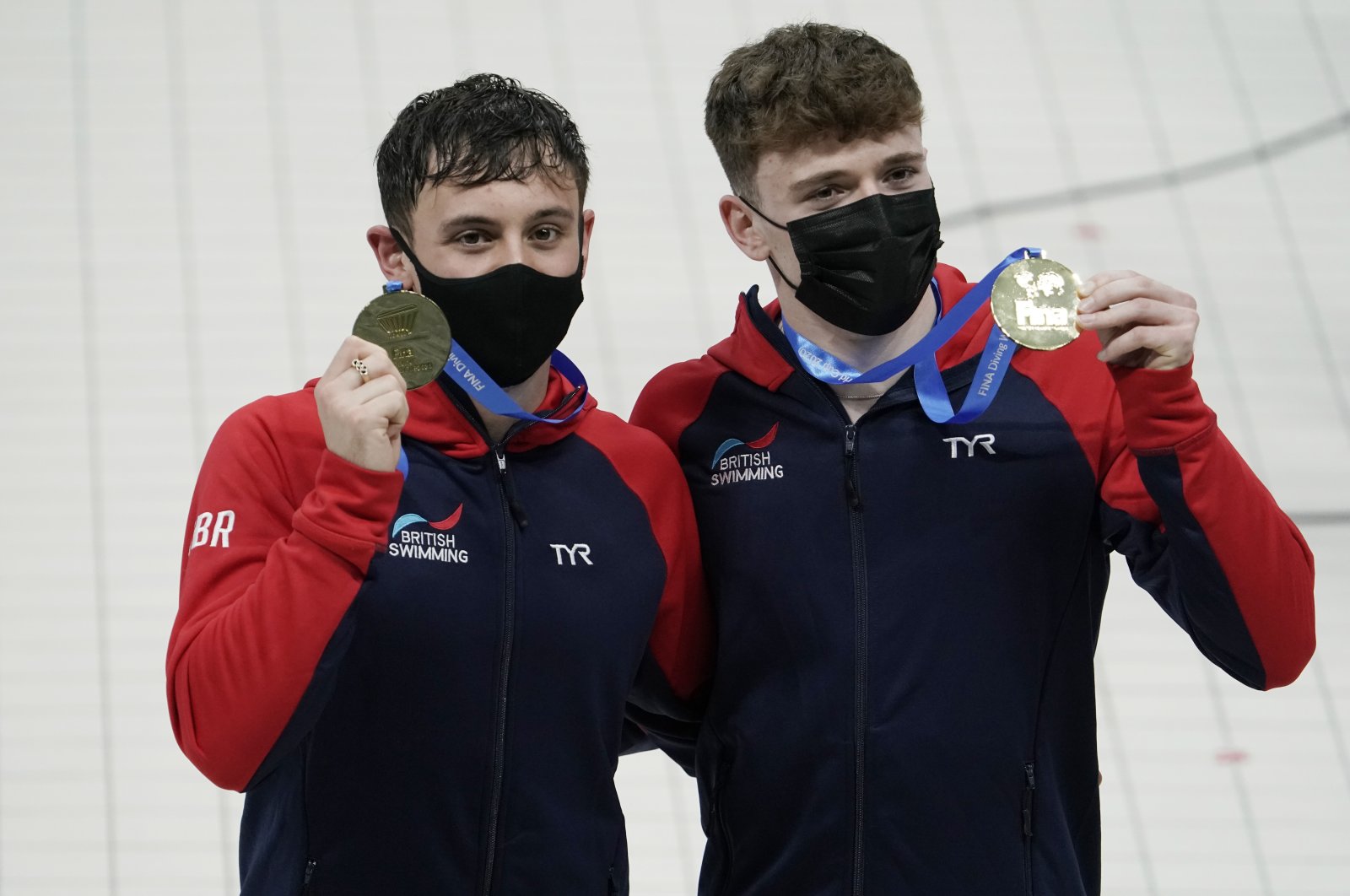 British diving star Tom Daley has arrived in Tokyo for the Diving World Cup and he's brought his knitting and crochet with him to combat the boredom of the Olympic bubble.

Daley and partner Matthew Lee won the 10m synchronized competition on the first day of the Diving World Cup in Tokyo – an event taking place in strict biosecure conditions as Olympic organizers prepare for this summer's coronavirus-postponed Games.

Divers are mostly confined to their rooms, and are only allowed out to train or compete.

But British superstar Daley has taken it all in his stride, having packed plenty of craftwork to see him through the long hours.

"It is slightly strange, but I did bring a lot of knitting and crochet to keep me from getting bored," Daley told reporters from the other side of a glass window.

"Having a kid makes you appreciate the time when you can even say that you're bored. When I'm at home, there's no time to be bored."

Daley, who had already secured his place at the Tokyo Games, added that diving partner Lee had "brought his coloring book."

The Diving World Cup, which doubles as an Olympic qualifier, is one of the first test events featuring athletes from overseas to be held in Tokyo since the pandemic.

It features more than 200 divers from almost 50 countries but none from Australia, which last week withdrew over fears it was "not safe" to travel to Japan.

Tokyo is currently under a virus state of emergency, but Olympics organizers believe they can hold the Games safely and this week laid out updated rules for athletes, including daily virus tests.

A coach of one of the teams competing in the diving event tested positive upon arriving in Japan and was put in quarantine, the Japan Swimming Federation said Friday.

Daley said he had been tested twice before leaving Britain and again after arriving in Japan on Tuesday, then once every day since.

"We're just very lucky that we can even have this event in the first place," he said.

"The Japanese organizing committee has been extremely diligent about everything we've been doing."

Daley and Lee won the event with a score of 453.60, ahead of Mexico's Randal Willars Valdez and Ivan Garcia Navarro on 405.69 and Canada's Vincent Riendeau and Nathan Zsombor-Murray on 393.81.

Divers were warned over a loudspeaker during practice on Saturday not to stand too close to each other.

The six-day event is taking place behind closed doors, and Tokyo 2020 president Seiko Hashimoto told Agence France-Presse (AFP) this week that fans could also be banned from the Games themselves.

Organizers will decide in June how many spectators – if any – can attend, and American diver Kassidy Cook said Saturday's event took some getting used to.

"What was really weird for me was that when you get out of the water, you didn't really know whether your dive was good or not because there was just silence," she said.

The women's 3m synchronized competition was won by China's Yani Chang and Yiwen Chen on 317.16 points, followed by Canada's Jennifer Abel and Melissa Citrini Beaulieu on 289.98 and Italy's Chiara Pellacani and Elena Bertocchi on 283.77