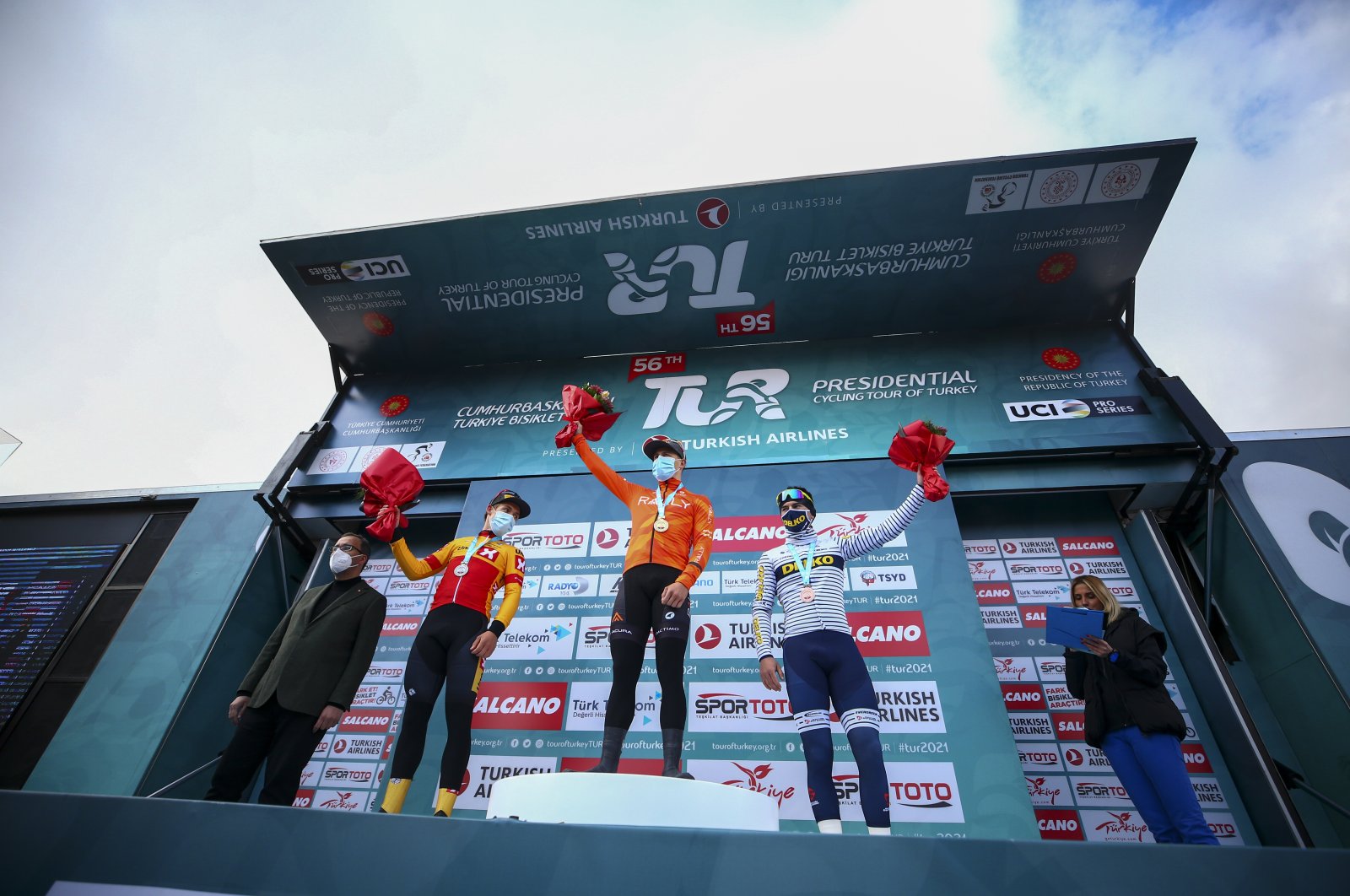 Dutch rider Arvid de Kleijn of Rally Cycling won a bunch sprint on the opening stage of the 56th Presidential Cycling Tour of Turkey on Sunday.

After an unseasonable snowstorm, Saturday organizers announced they would have to cancel the opener, a mountainous run to the 1,500-meter altitude at Urgup in the center of the country.

But they then salvaged it by switching venue and staging a short, flat, inner-city 72.4km race 300 kilometers away.

The urban run was won in 1 hour 35 minutes 38 seconds by de Kleijn, who came from behind to overtake Kristoffer Halvorsen of Norway on the line, while Eduard Grosu of Romania took third as Cavendish eased off the pace when he saw he wouldn't win.

The stage marked the return to the competition of Dutch sprinter Fabio Jakobsen eight months after a high-speed crash in Poland in which he sustained head fractures and lost all his teeth.

He was given a warm send-off at the start line with a standing ovation from his emotional teammates.

Cavendish, 35, was looking for his own first win in three years and is racing alongside Jakobsen in the Deceuninck Quick-Step team.

The 24-year-old Dutchman finished safely and was seen grinning broadly after the finish line.

Monday's second stage is a 144.9-kilometer circuit that will begin and end in Konya.

The tour, which was canceled last year due to the COVID-19 pandemic, will run until April 18.