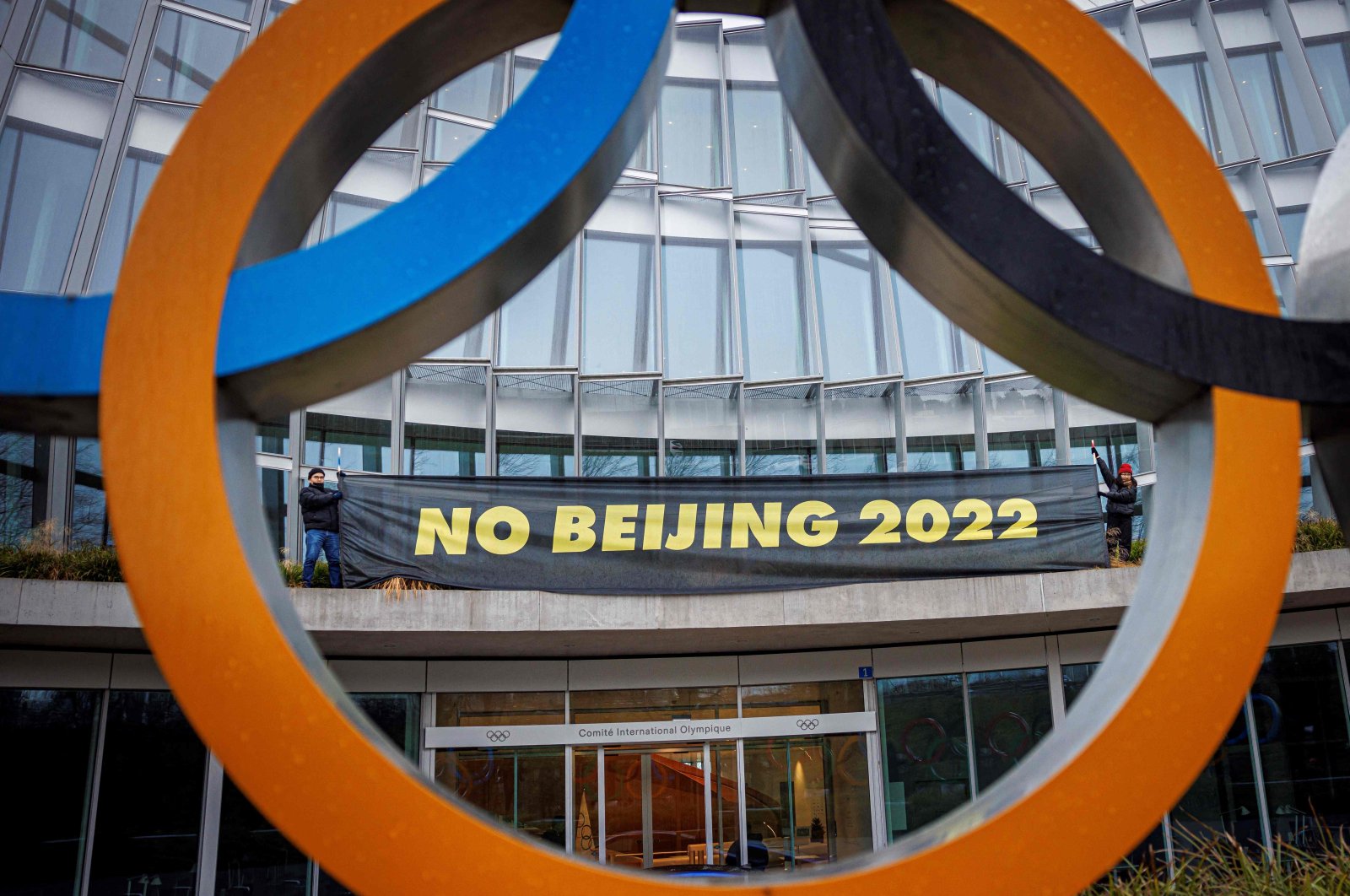 Tibetan activists hold a placard during a protest at the entrance of the IOC headquarters in Lausanne, Switzerland, Dec. 11, 2021. (AFP Photo)
by REUTERS Dec 13, 2021 1:13 pm
RECOMMENDED

European Union diplomats and foreign ministers said Monday that any decision on a diplomatic boycott of the 2022 Olympic Games in China is unlikely to be reached soon.

France and the Netherlands, in the meantime, are seeking to find a common EU approach on the issue.

The bloc is torn over whether to join the United States, Canada, Australia and Britain in deciding not to send their government officials to the Beijing Winter Games in February due to concerns over China's human rights record.

"You know as well as I do that we will not find a solution regarding the Olympic Games today or this week," Luxembourg's Foreign Minister Jean Asselborn said ahead of discussions among EU foreign ministers.

EU leaders are also set to debate the issue at their last summit of the year on Thursday. Paris and The Hague formally put the debate on the agenda, diplomats said.

EU diplomats say Hungary, China's closest ally in the bloc, would never support a diplomatic boycott but there could be a consensus among the remaining 26 members.

Lithuania, which says it is facing a Chinese trade blockade for developing closer ties with Taiwan, is among the strongest proponents of a common stand.

Austria's Alexander Schallenberg said he was "very much in favor of a joint EU position" but appeared to move away from any diplomatic boycott.

"We have a clear position on the human rights situation in China but I don't think it is useful to let the Olympic Games artificially become a political event," he said.

The hesitation reflects the EU's bid to find a middle path between U.S.-Chinese rivalry. The bloc is divided internally over China, with countries such as Hungary benefiting from its largesse. China is also the EU's second-largest trade partner and many large German businesses are loathe to see investments put at risk.

However, the EU joined the United States and Britain in imposing human rights sanctions on Chinese officials in April, jeopardizing a new EU-China investment pact after Beijing retaliated with sanctions of its own.

Luxembourg's Asselborn called for European politicians to speak out instead on human rights issues in China.

"I think if we speak up there on the ground, this brings more benefit than if we politicians go into hiding," he said.