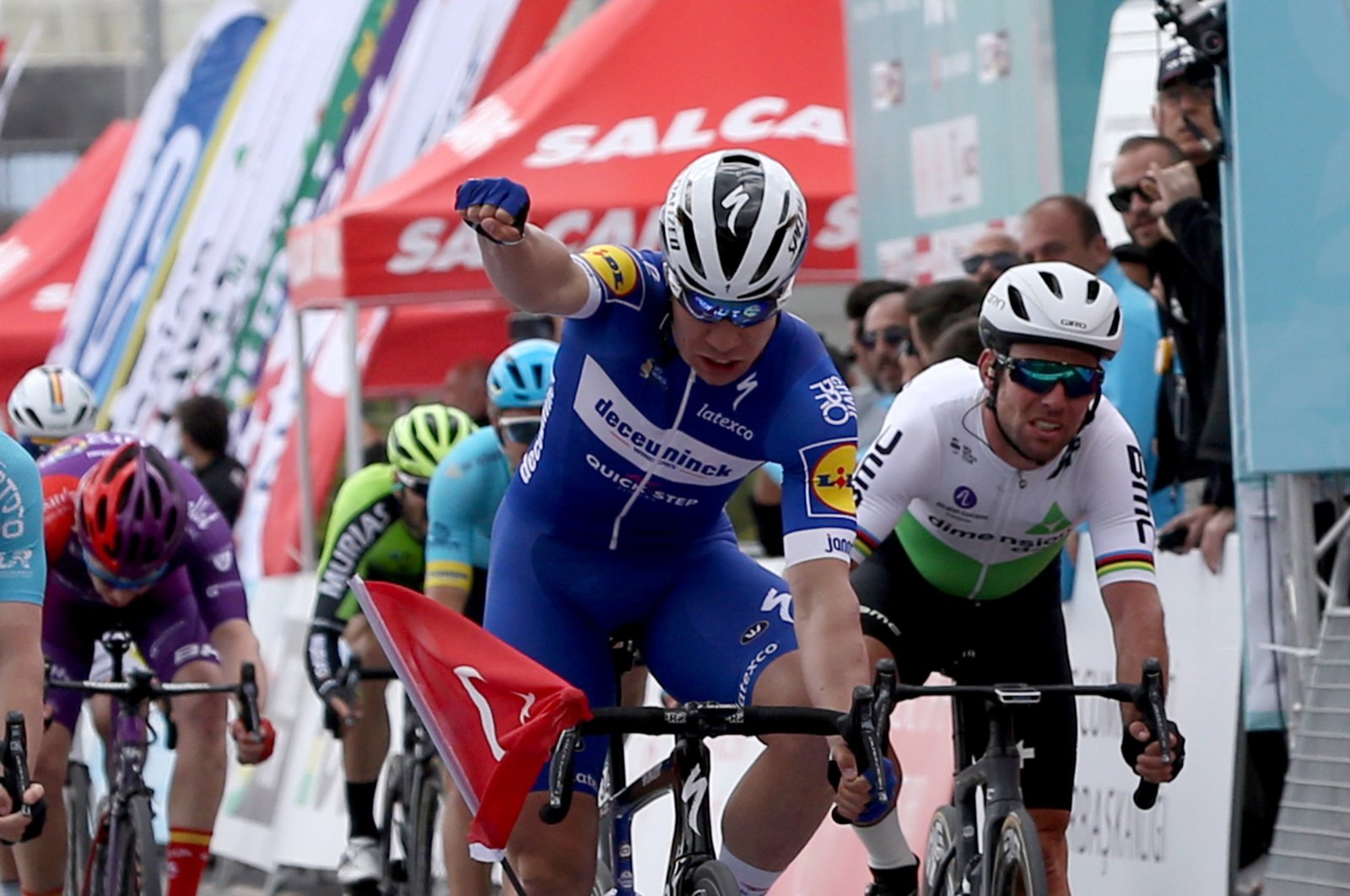 Dutch sprinter Fabio Jakobsen, who suffered a horrifying, life-threatening high-speed crash eight months ago, said he experienced some moments of anguish in the heat of the action on his return to racing at the Tour of Turkey on Sunday.

The 24-year-old was given a standing ovation at the start of the race after fighting his way back from his injuries which included several skull fractures, as well as losing all his teeth at the Tour of Poland last year.

Riding with the elite level Deceuninck Quick-Step team on this second level Tour, and chaperoned by veteran British rider Mark Cavendish, Jakobsen expressed relief at the line and admitted it had been a mixed experience.

The Dutchman finished in 147th place, 10 seconds behind the main bunch, but the Deceuninck-Quick Step rider was simply happy to be back in the peloton.

"I love riding my bike and I missed it a lot, that's why I am extremely happy to be here," said Jakobsen, who still bears the scars of the accident.

"It was good for me to make my return with a short stage and get used again to being in a peloton.

"I must admit that in the beginning, when they (the fast-moving peloton) went right and left and the bunch had to brake a couple of times, I got a bit scared," Jakobsen said of the technically challenging inner-city route.

"The goal was to conclude the day," said Jakobsen, one of the fastest men in bike racing and champion of the Netherlands at the time of his crash.

"With 10 kilometers to go, I got lost a bit and couldn't be there for the team in the finale, but being able to conclude my first race in so many months makes me proud and gives me a lot of confidence," he said after the short 72.4-kilometer run.

The Dutchman finished safely and was seen grinning broadly after the finish line.

"Today was a great day," he told his team website.

Jakobsen was placed in a medically-induced coma and underwent five hours of surgery for a brain trauma after being pitched into the barriers after a high-speed collision with compatriot Dylan Groenewegen as they sprinted to the finish on the first stage of the Tour of Poland last August.

He also suffered severe facial injuries and needed reconstructive surgery with bone from his pelvic crest being used to rebuild his upper and lower jaw.