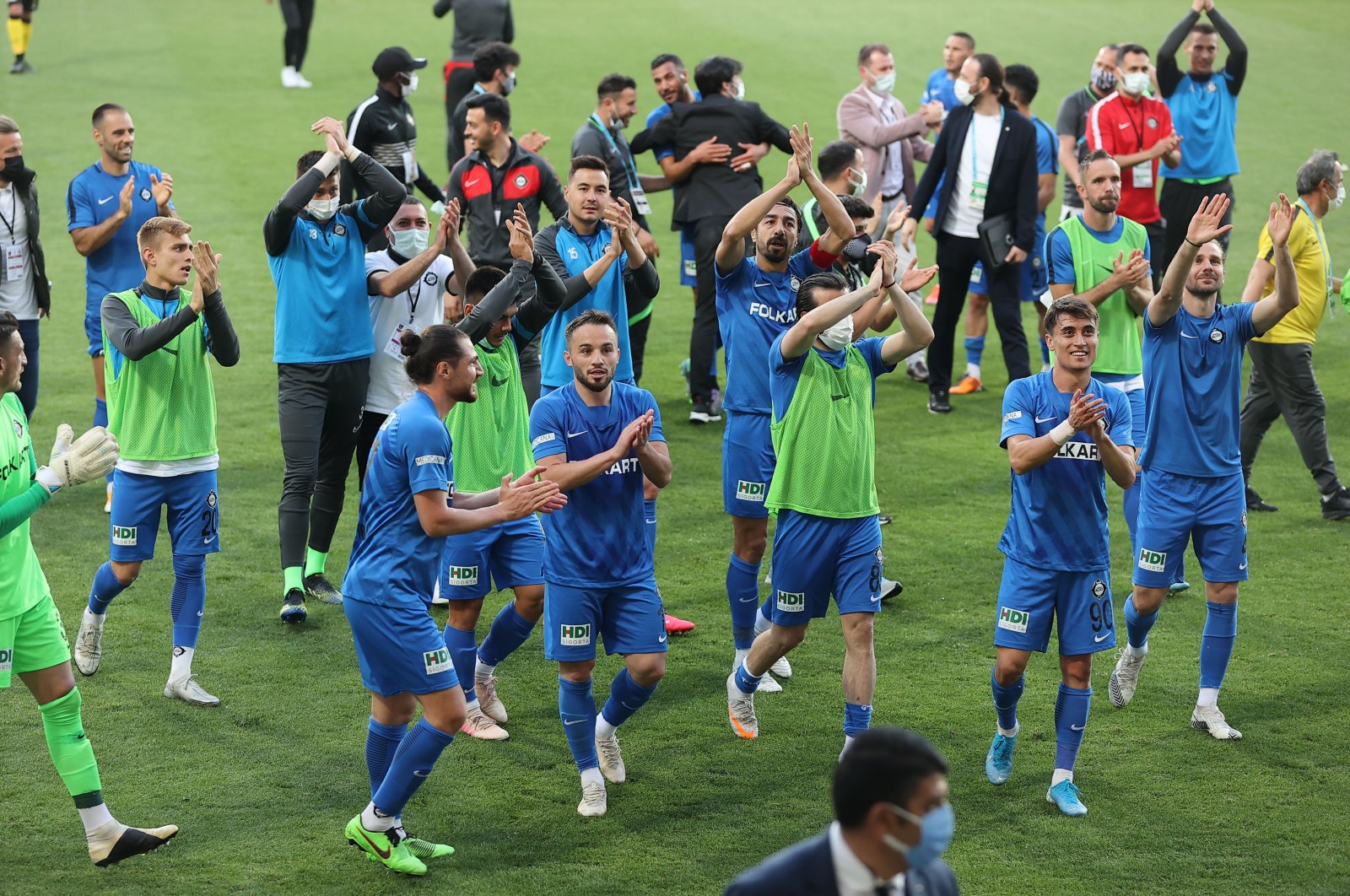 Two representatives from western Turkey's Izmir will be playing against each other on Wednesday for the final match of the Turkish Football Federation (TFF) 1. Lig playoffs to grab the last ticket to Turkey's top division Süper Lig.

During Sunday's semifinal matches, Altınordu managed to advance to the final by drawing 2-2 against Yılport Samsunspor in its namesake Black Sea province. The Izmir club previously defeated Samsunspor 1-0 in its home ground and thus advanced to the final.

The other finalist was Altay, which will embark on its third 1. Lig final bid after eliminating Istanbulspor in the semifinals. The Izmir club, already having won the home game 3-2, also managed to defeat its opponent in Istanbul.

Both clubs are well-known to the Turkish football scene. Founded in 1914, Altay is among the pioneering football clubs in the country and is based in Izmir's cosmopolitan Alsancak quarter. The club is still among the top ranks of Turkish clubs that have played the longest in the top division despite having been relegated from the Süper Lig back in the 2002-2003 season. It was also the last season when Izmir fielded two teams in the top division, including Göztepe, which finished 10th last season.

Altınordu was founded in 1923 as a splinter club from Altay. It regularly competed in the top division in the 1960s, but its last top division participation was in 1970. However, Altınordu has transformed itself over a decade and currently boasts one of the best youth development systems and facilities in the country, raising the likes of AS Roma midfielder Cengiz Ünder and Leicester defender Çağlar Söyüncü.

Previously, Adana Demirspor and GZT Giresunspor were promoted to the Süper Lig following the regular season.