Ansu Fati rescues Barcelona against Valencia ahead of crunch week 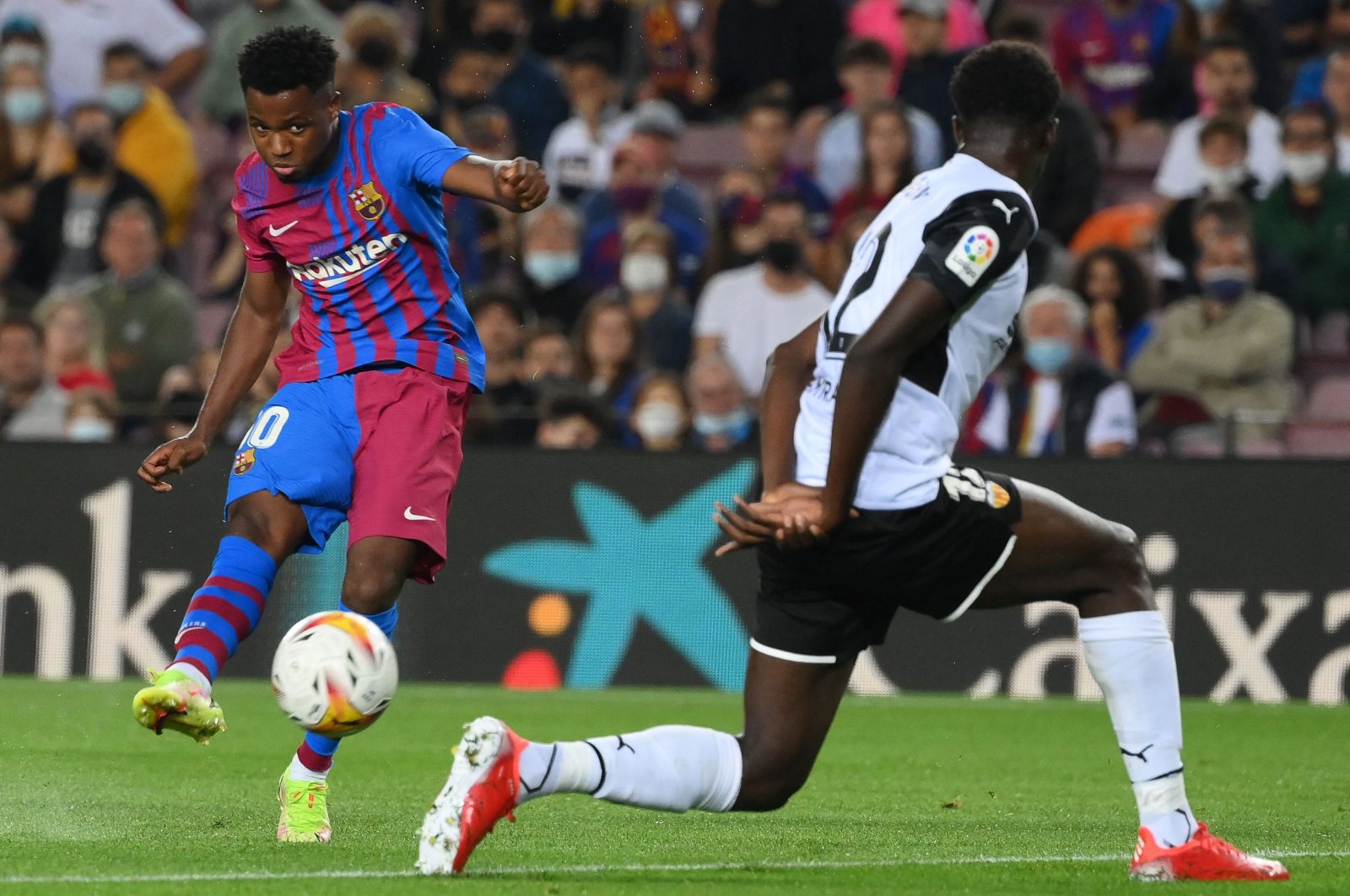 Barcelona youngster Ansu Fati scored one and helped secure another as the Catalans secured a 3-1 victory over Valencia on Sunday.

The win will surely provide some much-needed morale to the Barcelona camp as it prepares for a big week ahead.

Memphis Depay slammed in the spot kick and Philippe Coutinho, who came on for Fati on the hour, added a late third to give a comfortable complexion to a game that Valencia had led after just five minutes.

Ansu went off with Valencia still chasing an equalizer, an indication of how important Ronald Koeman considers his involvement in Wednesday's Champions League game against Dynamo Kyiv, with the season's first Clasico against Real Madrid coming four days later.

"We have a week with three big games at home and the first one was the most important," said Koeman.

"When you start the game with an early goal conceded there is a mental thing but we overcame it."

After losing its first two games to Bayern Munich and Benfica, Barca sit bottom of the group, meaning a victory over Kyiv is all but essential.

Madrid, meanwhile, is only two points clear of Barcelona in seventh but it has a game in hand and another significant loss on the back of the limp defeat by Atletico Madrid before the international break could have implications for Koeman's future as coach.

Yet with Ansu, they have hope – the 18-year-old, who wears the No. 10 shirt previously belonging to Lionel Messi, is now the symbol of what the club is promoting as the "Dream Teen" – and optimism for an exciting future.

This was the teenager's fourth game since returning from 11 months out with a knee injury. "We try to get Ansu to his maximum as soon as possible," said Koeman.

"One hour was what we discussed with the doctors, above all not to overload him in this important week."

There were some short-term boosts too, with Sergio Aguero coming on as a substitute in the final minutes once the result was secure, to make his Barcelona debut, four months after joining from Manchester City.

A calf injury has meant a slow start at Camp Nou for Aguero but the 33-year-old will be a valuable option for Koeman if he can regain form and fitness in the next few weeks.

For the third time in six games, Barca was behind inside the first five minutes.

Jordi Alba was well-placed to clear the corner at the near post but instead skewed to the edge of the penalty area, where Gavi was shielded from intercepting and Jose Gaya arrived, ripping a superb shot into the bottom corner.

Ansu was Barcelona's brightest spark. A flowing move that started with Frenkie de Jong down the right ended with Ansu sprinting down the left but this time he was unable to finish.

In the 13th minute, he was more clinical, squaring up two Valencia defenders before playing inside to Depay and bursting between both of them. He took the ball back, looked up and whipped the ball from the left of the area and inside the far right-hand post.

Gaya did well to prevent Sergino Dest tapping in at the back post but his next covering challenge was too heavy, this time to stop Ansu from converting a Jordi Alba cross.

Gaya hooked his left foot around Ansu's left leg and while he touched the ball, the decision stood. Depay rifled in from the spot.

In the second half, Ansu tested Jasper Cillessen again after Barca had men over down the left but Valencia looked dangerous too, with Carlos Soler's drive coming back off the post before Goncalo Guedes forced a smart save from Marc-Andre ter Stegen.

Ansu was replaced by Coutinho with half an hour left and Valencia pushed, as Soler's pull-back needed a crucial intervention by Gerard Pique.

But Barcelona navigated the storm and as Valencia fizzled, it struck a third, Coutinho converting on the turn from close range, before Aguero made his debut.

Sevilla edged up to third after a second-half goal from Rafa Mir was enough to give them a battling 1-0 win away at struggling Celta Vigo.

It edged ahead of Atletico Madrid on goal difference, three points behind early leader Real Sociedad with a game in hand.