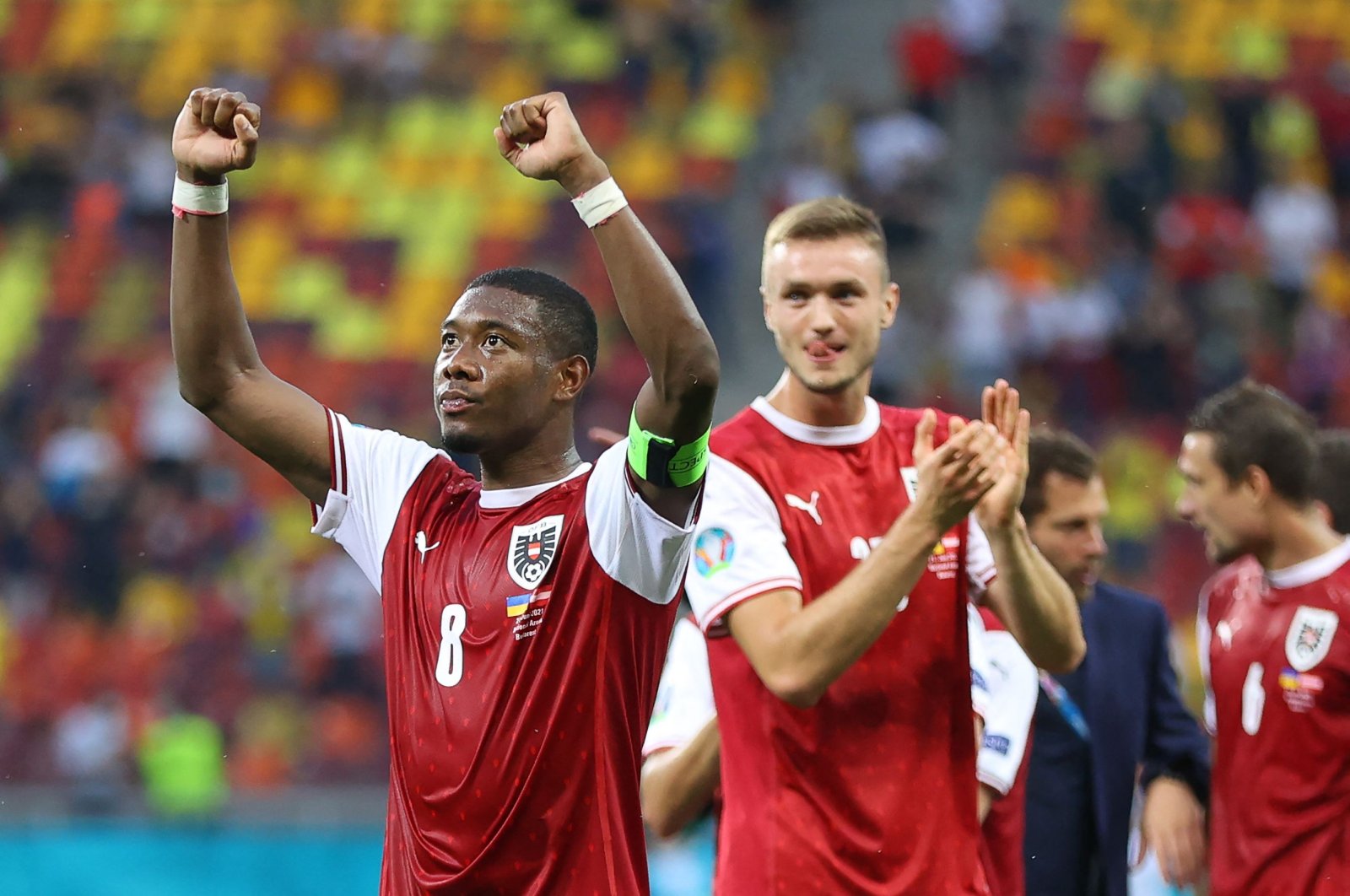 A 1-0 win over Ukraine in Bucharest has led Austria to the last 16 of Euro 2020 and its first knock-out game at a major final since the 1954 World Cup.

Christoph Baumgartner stabbed home the only goal of Monday's game in the 21st minute to secure Austria second place in Group C, on six points, behind the Netherlands. The Dutch completed a perfect campaign 3-0 over pointless North Macedonia.

Ukraine now has an anxious wait to see if their three points and a goal difference of minus-one is enough to rank them as one of the top four third-place teams that also progress.

Austria will meet Group A winners Italy in London on Saturday to end a 67-year wait for a knock-out tie at a tournament. They did reach the second round of the World Cup in 1978 and 1982 but that was played in a group format.

"[The] emotions right after the match were great, these are the great moments in football," said Austria coach Franco Foda.

"This was our objective from the first day on. Congratulations to my team, I'm very proud of them."

A draw would have sufficed for Ukraine to hold on to the second place they occupied at kick-off but they were passive from the start.

In contrast, Austria – perhaps anxious not to be seen repeating history from the 1982 World Cup and settling for a mutually convenient result as when they progressed with West Germany – were immediately on the front foot.

They needed a while to create a clear chance but when David Alaba's corner found Baumgartner his outstretched leg did the rest.

"It doesn't seem real yet. My head really hurts," said Hoffenheim's Baumgartner, who had to be substituted soon after his goal following a clash.

"I'm happy for all of Austria, every Austrian enjoyed it. We have had a very difficult time with the coronavirus rubbish behind us – enjoy it all together!"

Marko Arnautovic, recalled after being banned for a game for an offensive goal celebration in the opener, should have doubled the lead but somehow turned wide at the end of a fine counter-attack.

Ukraine's only act of resistance in the first half was a Mykola Shaparenko shot well saved by Daniel Bachmann and the keeper did well after the break to palm away an errant header from team-mate Stefan Lainer.

"I'm so disappointed. I don't even know what to say," Ukraine's Olexandr Zinchenko told EURO2020.com.

Ukraine pressed late on but without conviction and coach Andriy Shevchenko has plenty of time to curse the lack of a forward in his mold while waiting to see if their European campaign will continue.