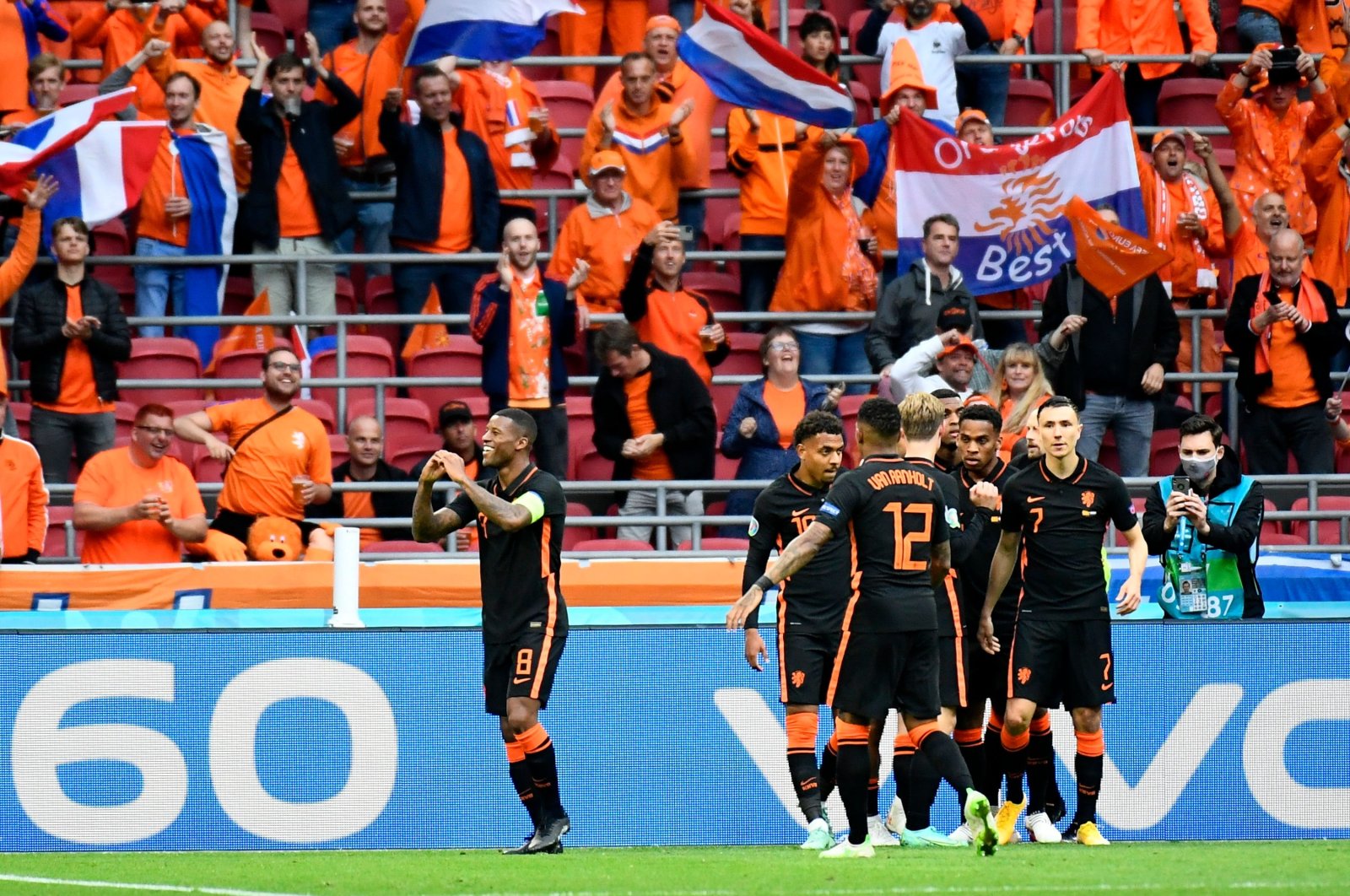 North Macedonia's bitter defeat against in-form Netherlands on Monday not only marked their exit from Euro 2020, but also the retirement of their longtime caption Goran Pandev.

Memphis Depay scored a goal and was involved in two more from captain Georginio Wijnaldum in the Netherlands’ 3-0 victory over North Macedonia at the European Championship.

The Netherlands had already taken the lead in Group C before the tie and North Macedonia was already eliminated after losing its first two matches at its first major tournament.

After failing to qualify for Euro 2016 and the 2018 World Cup, the Netherlands moved on this year with three wins out of three ahead of Austria, Ukraine and North Macedonia – which lost all three of its games.

The Dutch will play their last-16 game in Budapest on Sunday against one of the best third-placed finishers from Groups D, E or F.

Brave North Macedonia was unlucky when Aleksandar Trajkovski was denied by the post with the score 0-0; they also had two goals diasallowed for offside.

The match at Johan Cruyff Arena was the 122nd and last international for North Macedonia captain Pandev.

North Macedonia players formed a guard of honor for Pandev as he was substituted.

The 37-year-old Pandev announced before the team’s final Group C match that he would retire after Euro 2020.

The team’s players, substitutes and coach lined up to hug him as he came off in the 68th minute of the match against the Netherlands.

Dutch and North Macedonian fans at the Johan Cruyff Arena in Amsterdam gave the 2010 treble winner with Inter Milan a standing ovation as he left the field.

Pandev started his international career in 2001. He has scored 38 goals for his country.

Wijnaldum presented Pandev with an orange Netherlands shirt with the number 122 on the back before the match started.