Barca chief Laporta will do everything to keep Messi at club 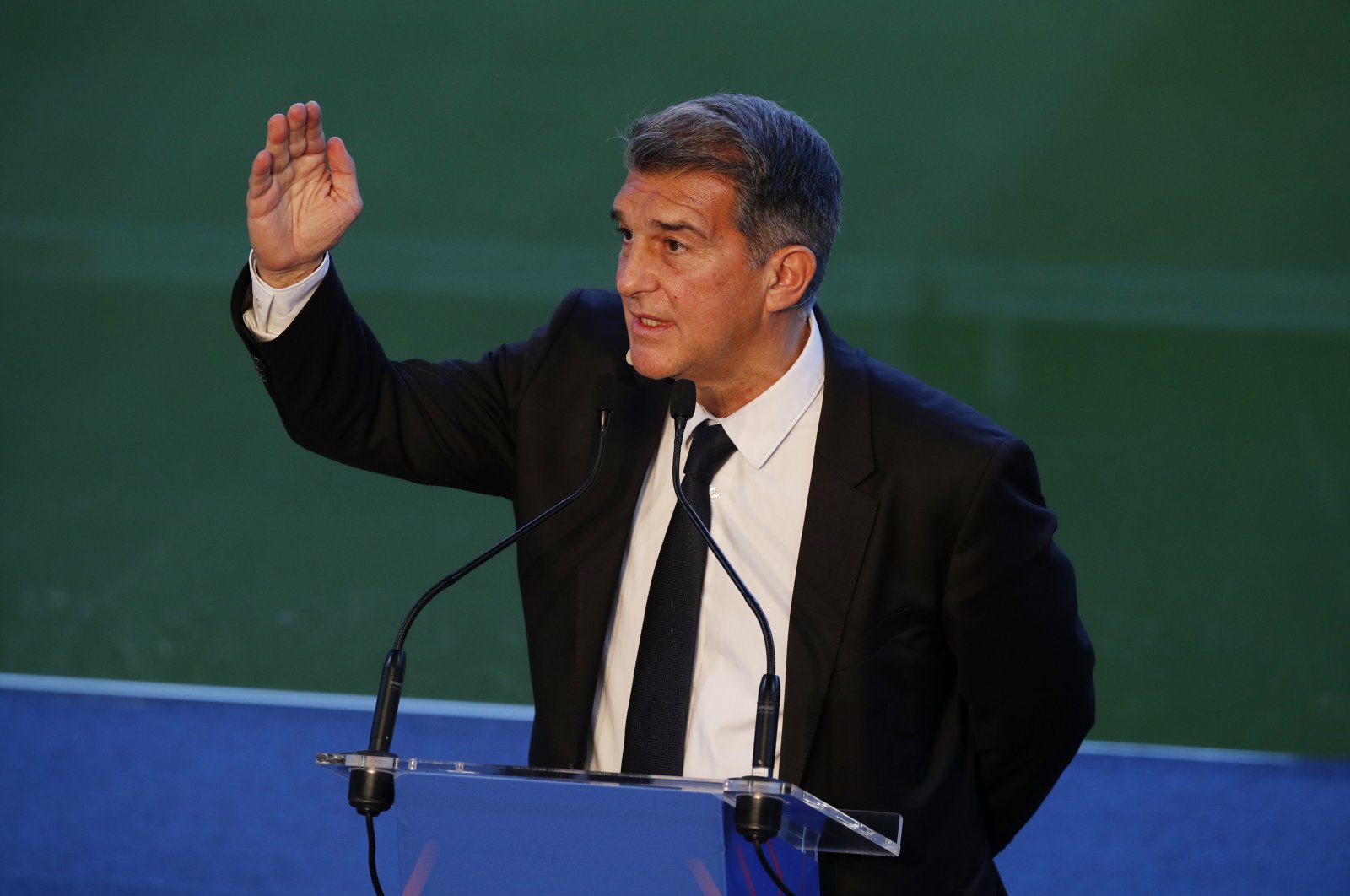 Barcelona chief Joan Laporta gave Lionel Messi a hug and then pledged to do everything in his power to convince the club's all-time top scorer to stay after being officially sworn in as the club's new president on Wednesday.

Laporta's pitch to Messi came two days after the Argentine equaled Xavi Hernandez as the club's highest appearance maker on 767 games, marking the occasion by scoring twice in a 4-1 rout of Huesca.

"I'll do everything I can to make Leo stay because he's the best player in history," Laporta said in his speech at the Camp Nou as Messi and fellow captains Gerard Pique, Sergi Roberto and Sergio Busquets watched on.

"You know I love you, you know Barca loves you and if this stadium were full when you played, you wouldn't want to leave. Whatever you decide is fine in the end, but we'll try."

Laporta, who presided over one of Barca's most memorable periods between 2003 and 2010, which included Messi's rise from the youth ranks to become their best player ever, won the election on March 7 with 54% of members' votes.

He then faced an unexpected scramble to secure a guarantee of 125 million euros ($149.70 million) within 10 days of winning the election to secure his position and avoid a second election, eventually getting over the line thanks to the backing of Catalan businessman Jose Elias, CEO of renewable energy firm Audax.

"We've had some night, and it wasn't exactly a party," he said, in reference to securing the guarantee before Wednesday's deadline.

Laporta inherits a deep financial crisis exacerbated by the COVID-19 pandemic and said getting the accounts in order would be his priority, also predicting the club would soon return to earning the same amount of revenue as before the pandemic hit last year.

"It's our priority to make the club sustainable economically and we have an immediate plan to do that. But we're not scared by the situation and if we have to make big decisions in Barca's interest then we will," he added.

Barca was knocked out of the Champions League by Paris St Germain last week but Laporta urged the players to try to achieve a domestic double.

They trail La Liga leaders Atletico Madrid by four points with 11 games to go and face Athletic Bilbao in the Copa del Rey final next month.