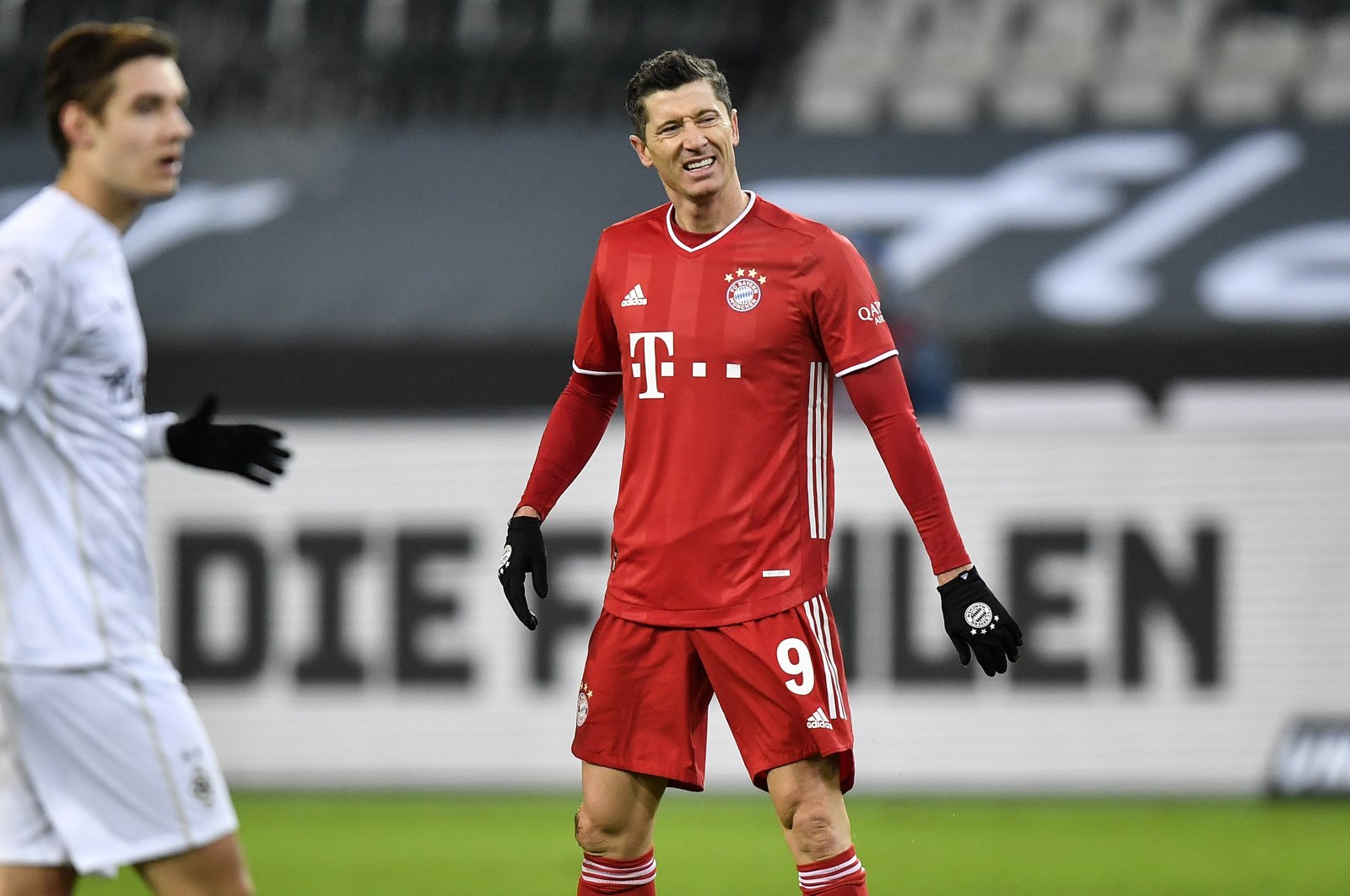 Bayern's Robert Lewandowski reacts disappointedly during a Bundesliga match against Borussia Monchengladbach at Borussia Park, in Monchengladbach, Germany, Jan. 8, 2021. (AP Photo)
by Agencies May 07, 2021 9:57 am
RECOMMENDED

Bayern can win yet another title on Saturday even before kickoff against Borussia Monchengladbach if Borussia Dortmund beats second-place Leipzig earlier in the day. Regardless, a Bayern victory would make certain of the title.

Bayern has been a sure-thing since beating Leipzig last month. Still, a 2-1 loss to Mainz in their last match on April 24 delayed the celebrations.

Thomas Muller has warned that the Bavarians will not repeat the mistakes made in Mainz and are fresh after a two-week break due to last weekend's German Cup semifinals.

“We rediscovered our hunger in the two weeks where we didn’t play,” Bayern striker said, according to the Associated Press (AP). “That gave us time to recover physically and mentally. In the first week of training we had real fun and worked well. So, we are focused on the game.”

However, Bayern's seven-point lead at the top could be cut before kick-off as second-placed RB Leipzig head to Dortmund earlier in the day in a rehearsal for next week's German Cup final.

Fifth-placed Dortmund is a point from the Champions League places and wants a home win to boost its European ambitions while laying down a marker for next Thursday's domestic final.

Due to the COVID-19 pandemic, Dortmund posted losses of 26.3 million euros ($31.7 million) in the first half of the 2020-21 financial year, which could be eased by the 15.25 million euros each club receives for qualifying for the Champions League's group stages.

The pressure is on both clubs.

"It's going to be an interesting 'Dortmund week' for us with two important games," said Leipzig boss Julian Nagelsmann, who will leave to coach Bayern next season.

Dortmund is set to welcome back top-scorer Haaland, who missed last Saturday's 5-0 thrashing of second-tier Holstein Kiel in the cup semifinals with a thigh injury.

Leipzig is missing midfielders Christopher Nkunku and Tyler Adams, who are both suffering from back problems.