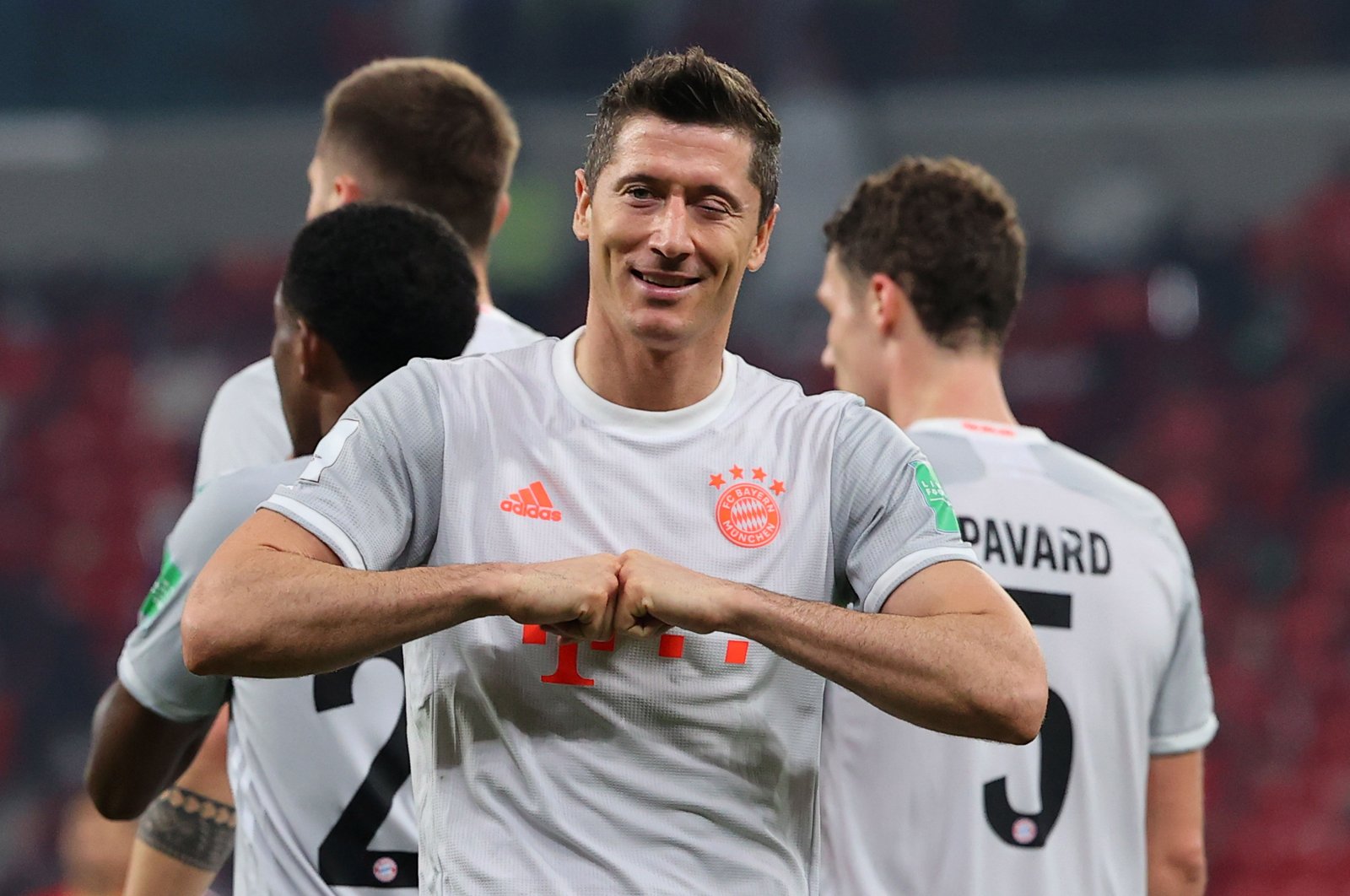 Bayern Munich's Robert Lewandowski said his club is eager to claim its sixth title in a year after advancing to the Club World Cup final as his goals sealed a 2-0 victory over African champions Al Ahly in Monday's semifinal.

The European champions face Tigres in the final on Thursday after the Mexican club saw off Brazilian giant Palmeiras in Sunday's other semifinal.

"It was a very good match and we're ready for the final," Bayern striker Lewandowski told reporters.

He gave Bayern the lead with just 17 minutes gone at the Ahmad Bin Ali Stadium, a host venue for the 2022 World Cup in Qatar.

The Poland star then headed home a pinpoint Leroy Sane cross four minutes before the whistle to book Bayern's place in the final.

Bayern is bidding to become only the second team after Barcelona in 2009 to win all six domestic and international titles up for grabs in one season.

"We want to claim another title – title number six during this season," Lewandowski added.

"This is a World Cup, which is always something special.

"I hope we can play even better in the final and that we will have more goalscoring chances."

"You understand why they are number one at this point in time in the world and in Europe also," Mosimane said.

"We could only do something on a break."

The African Champions League winners struggled to get near the Bayern goal as the Germans enjoyed 70% possession.

Despite the efforts of two defenders lunging to block his shot, Lewandowski put Bayern ahead with a crisp finish from a Serge Gnabry pass.

The Poland striker could have made it 2-0 toward the end of the first half when Joshua Kimmich drew the defense, but Lewandowski fired over the bar.

Ahly grew in confidence at the start of the second half and created half-chances as the Bundesliga leaders showed signs of fatigue.

Heavy snow in Berlin on Saturday meant Bayern had a seven-hour delay to their flight to Doha and the Germans' tempo dropped after Lewandowski's early goal.

"We traveled to Qatar because we want to bag another trophy," Bayern coach Hansi Flick said.

"It was difficult to perform at first and we needed time to get into the run of the game.

"When we did, I think we dominated the match and deserved to score a second goal.

"We played well defensively. I'm very satisfied with my team."

With an eye on Thursday's final in Al-Rayyan, Flick replaced forwards Mueller and Gnabry for the final half-hour.

It was the fresh legs of Gnabry's replacement Sane that created space to serve up a late cross that Lewandowski headed home to wrap up the win.