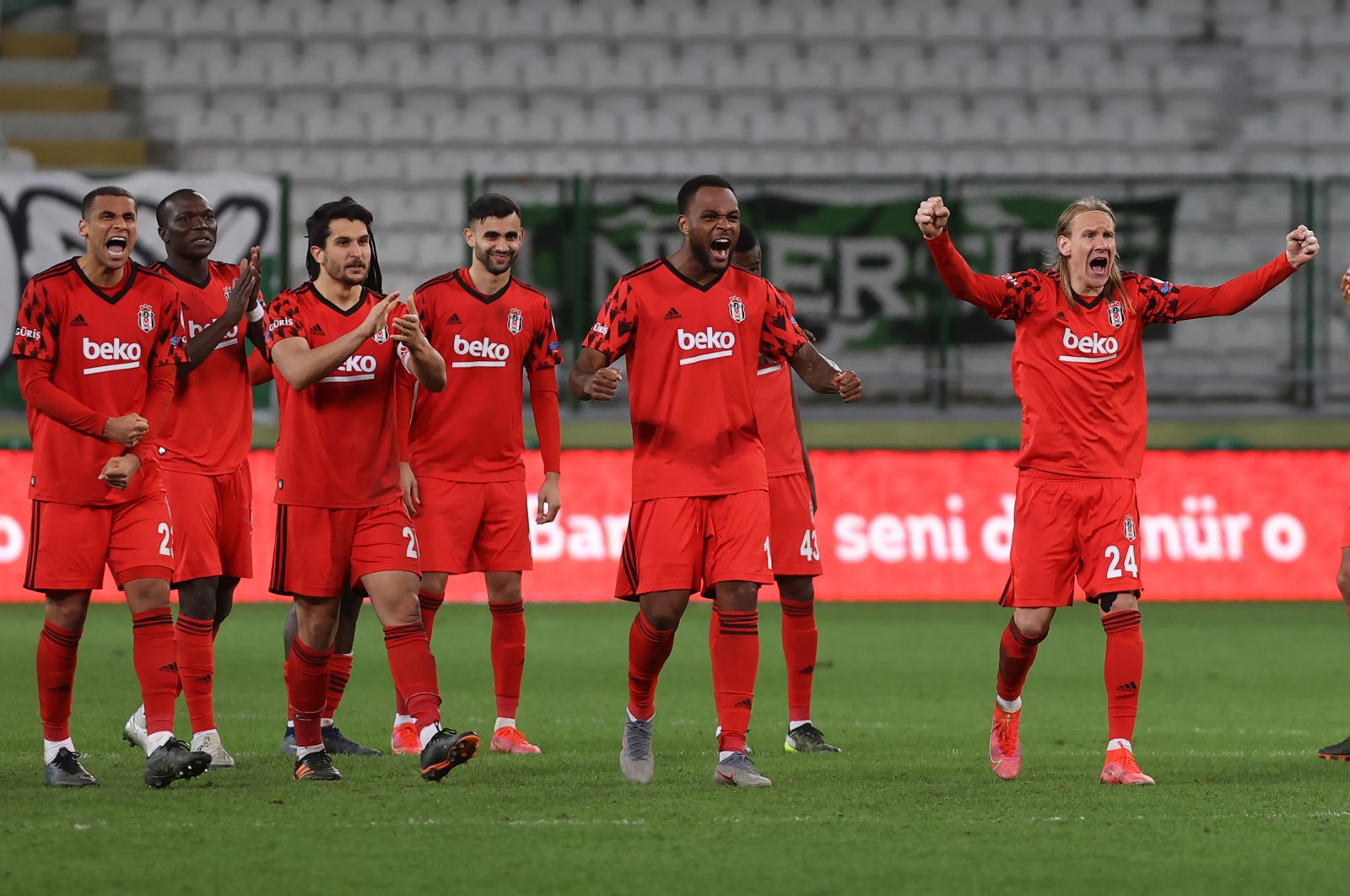 The Black Eagles’ Oğuzhan Özyakup scored the opener at the 13th minute of the quarterfinals match in Konya.

The home side’s Abdülkerim Bardakçı equalized the game only four minutes later with a successful header, concluding the score of the full time.

Both teams failed to score any goals during the 30-minute extra time as the winner was decided via penalty shoot-out.

With Konyaspor’s two misses, Beşiktaş was the winner by a score of 3-2.

An Istanbul contender like Beşiktaş, defending Turkish Süper Lig champion Başakşehir advanced to the semifinals on Tuesday, defeating a 10-man Fenerbahçe at its home Ülker Stadium.

The games in the Ziraat Turkish Cup are played in knockout format and also employ the video assistant referee (VAR) system. The four winners, namely Istanbul Başakşehir, Beşiktaş, Alanyaspor and Antalyaspor will play the semifinals scheduled for March 16-18.

The winners of the Istanbul faceoff and the Antalya clash will meet in the final.