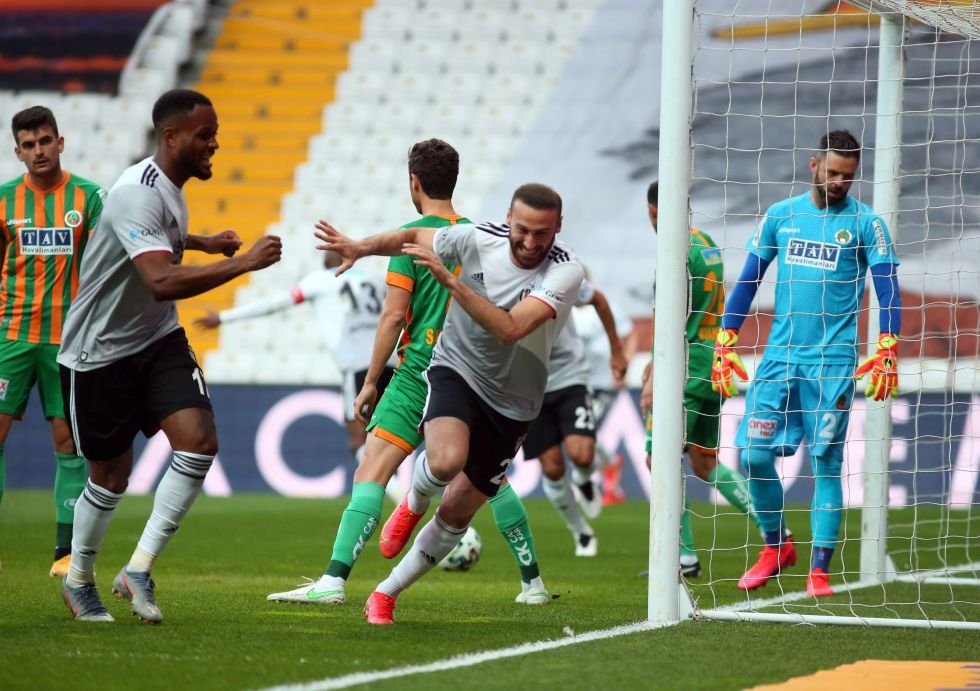 Istanbul giant Beşiktaş clinched a 3-0 win against Aytemiz Alanyaspor Wednesday in a comfortable home victory that puts the current leader five points ahead at the top of the Turkish Süper Lig.

The Black Eagles' win came after the Istanbul giant suffered a shock defeat to Kasımpaşa Sunday.

The home team broke the deadlock at Istanbul’s Vodafone Park Stadium with a close-range finish from Cenk Tosun in the 11th minute.

The Black Eagles doubled the gap when Algerian right-winger Rachid Ghezzal made a classy long shot in minute 58.

In minute 85, Georges-Kevin N’Koudou added another goal for the Istanbul football club.

Four minutes later, Alanyaspor found a goal with Efkan Bekiroğlu, but it was disallowed following a VAR (Video Assistant Referee) decision for a foul.

Beşiktaş are atop the league standings with 67 points, while Aytemiz Alanyaspor is in fifth position with 49 points.

Istanbul powerhouse Fenerbahçe moved to the second spot after clinching a narrow 1-0 win against the bottom club Denizlispor Monday.

Fener overtook city rival Galatasaray for the second spot with 62 points in 31 games.

The Lions, after suffering a 3-0 defeat against Hatayspor, are third with 61 points, followed by Trabzonspor with 56 points.