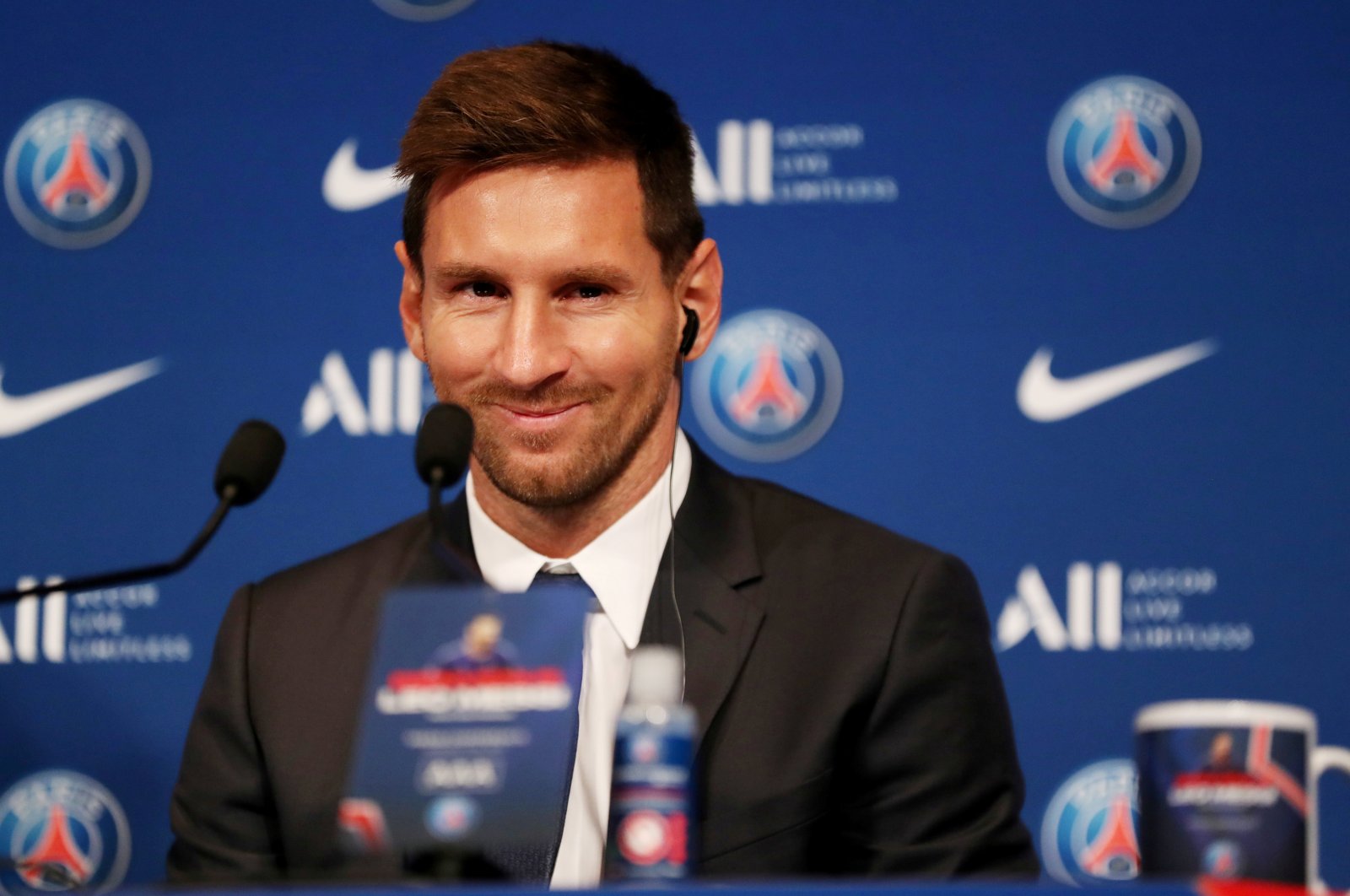 Much has been made of Messi lining up with Brazil's Neymar and France striker Kylian Mbappe in what will be a fearsome attack for PSG in its quest to win a maiden Champions League.

World Cup winner Mbappe was one of the first to extend his welcome to Messi after his official arrival and the 22-year-old posted his best wishes to the newcomer on social media.

Mbappe has been linked with a move to Real Madrid with only a year left of his PSG contract.

"Welcome to Paris, Leo," Mbappe wrote alongside photos with the pair hugging.

The 34-year-old former Barcelona player has been on downtime since winning the Copa America with Argentina in July, and started his first PSG run-out with simple physical exercises.

"I've been out of action for around (a) month and I need to get physically ready. I hope to be ready as soon as possible because I can't wait to play," Messi said at his unveiling at the Parc des Princes Wednesday.

He is unlikely to make his debut for PSG soon, and certainly not this weekend when Mauricio Pochettino's team play Strasbourg in Ligue 1.

"I can't tell you when my first game will be but I can tell you I'm dying to get started," he said. "I want it to be soon."

Messi only arrived in the French capital on Tuesday before penning a two-year contract with the option of a third season.

The club also revealed Thursday it had paid a signing-on bonus to the player in PSG's own virtual currency which it calls $PSG Fan Tokens, originally sold at 2 euros ($2.35) each and currently trading over 30 euros each.

"The coins are there to create a link between the fans and the club, and it's the first time we have used them in this way," the Parisians said in a statement without saying how many they had given to Messi.

PSG quickly emerged as the favorites to sign Messi following the shock of his departure last week from Barcelona and he arrives eyeing a fifth Champions League, with the most recent of his four victories with his old club coming in 2015.

PSG is reportedly paying 35 million euros ($41 million) a year to Messi, who will wear the number 30 jersey – with fans continuing to line up outside the club's different shops in the capital to buy the shirt with his name and number on the back.