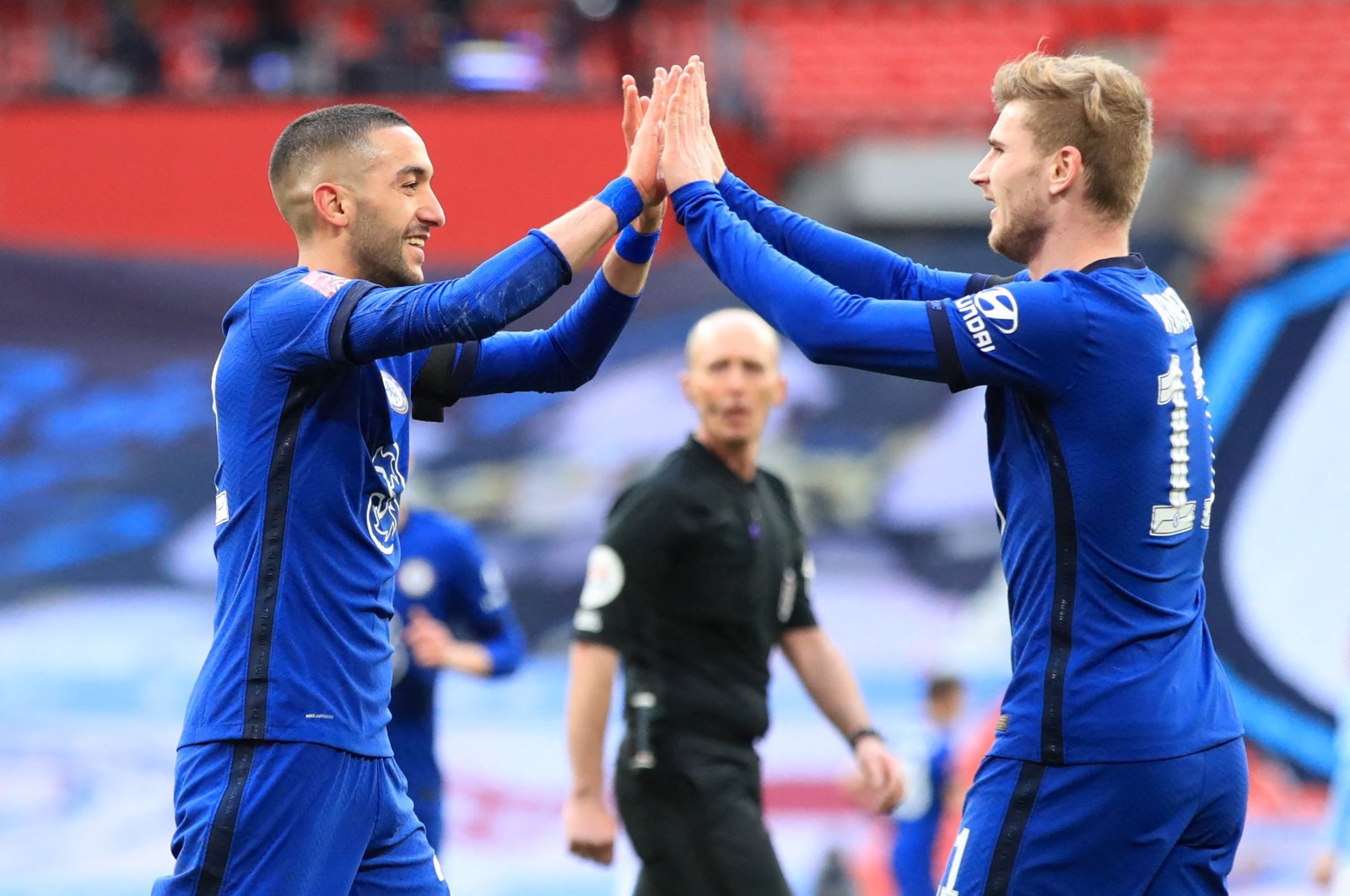 Chelsea crushed Manchester City's quadruple dream after edging out the Premier League leader's 1-0 in the FA Cup semifinal on Saturday.

The solitary goal came in the second-half goal from Hakim Ziyech that extended the Blues' remarkable turnaround since manager Thomas Tuchel took over as coach in January.

By contrast, City manager Pep Guardiola – who made eight changes to the side which beat Borussia Dortmund in the Champions League in midweek – saw his dream of steering them to an unprecedented quadruple of titles come to an end.

Eight-times FA Cup winner Chelsea faces Leicester City or Southampton, who play their semifinal on Sunday, in the showpiece match on May 15. It will be the Stamford Bridge side's fourth appearance in the final in the past five seasons.

Ziyech scored in the 55th minute when he tapped into an empty net from a cross by Timo Werner with City goalkeeper Zack Steffen in no man's land after racing off his line to close Werner down but then seeming to change his mind.

"You always have to have the feeling before the game that you want to score," the Morocco winger – who has struggled to find his form after arriving at Stamford Bridge from Ajax Amsterdam last year – told the BBC.

"It was a good delivery and I put it in easy," he said.

City's Steffen made some amends a few minutes later when his outstretched leg thwarted Ziyech when the forward looked certain to score a second goal after poor defending by City.

The victory at an empty Wembley Stadium, with fans not allowed to attend due to COVID-19 restrictions, leaves Tuchel in the hunt for two trophies with the Blues also in the Champions League semifinals where they face Real Madrid.

The German, who replaced Frank Lampard after a slump in form by the Londoners, outsmarted Guardiola with his game plan, focusing on catching City with fast counterattacks down the wings, one of which provided the breakthrough moment.

City's woes were compounded by the loss of midfielder Kevin de Bruyne early in the second half with an apparent ankle injury which Guardiola said, "probably doesn't like quite good."

Runaway Premier League leader City could still win a treble of trophies this season as it is back at Wembley for the League Cup Final against Tottenham Hotspur next Sunday and faces Paris Saint-Germain in the Champions League semifinals.