D10S: A year after his death, Maradona cult runs strong in Naples 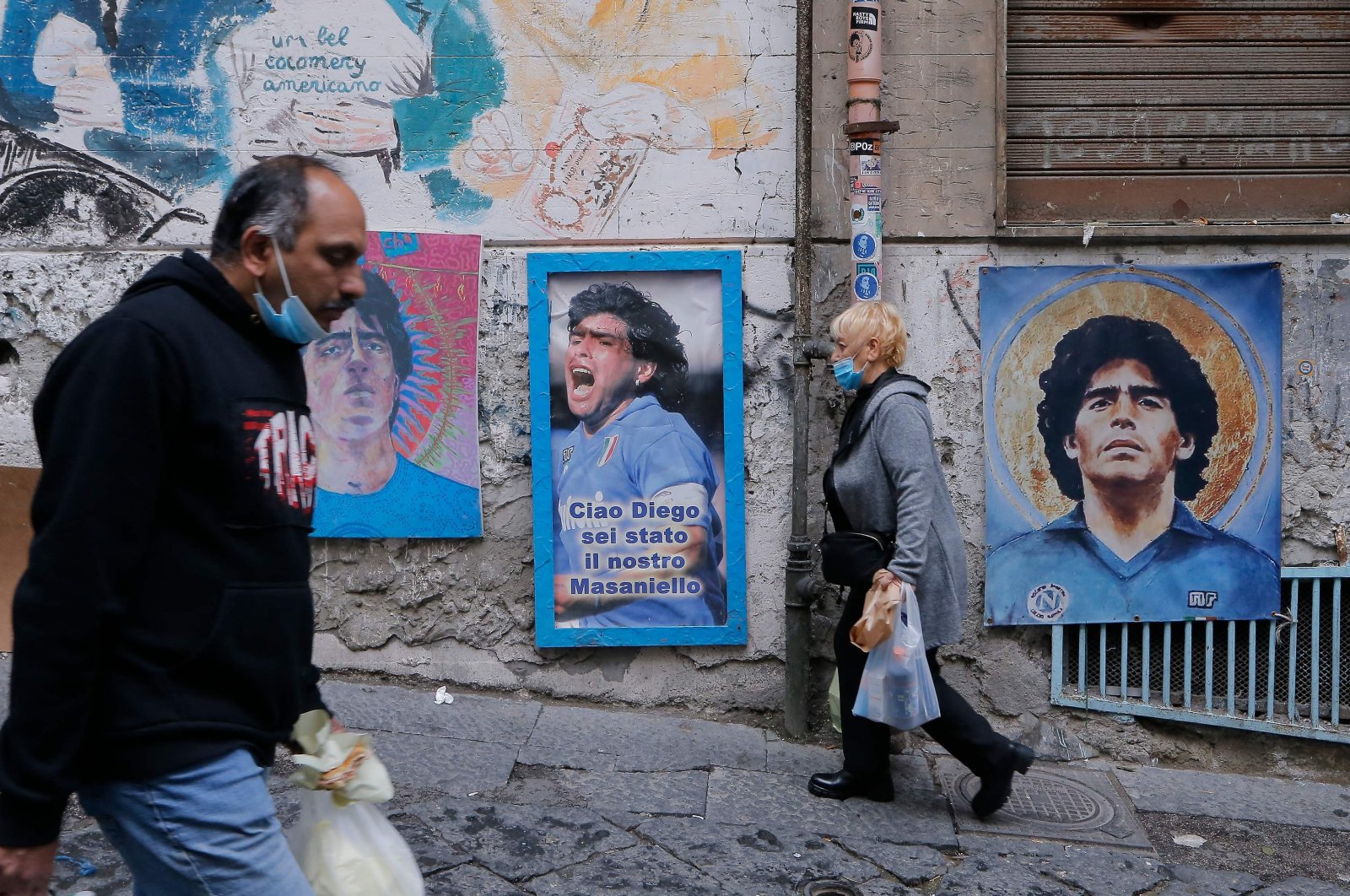 More than three decades have passed since Diego Maradona ended his remarkable spell at Napoli, but one year after his death the Argentine football icon is as present as ever in the Neapolitan world.

His name is stitched onto shirts, daubed on the walls of the southern Italian city and etched into the hearts of the people, many of whom are too young to have ever seen him play.

And on Thursday, the first anniversary of his death, a bronze statue will be unveiled in front of the stadium which now bears his name – Stadio Diego Armando Maradona – to celebrate the "eternal" link with the "Pibe de Oro," the golden boy.

Diego is everywhere, from the central station all the way to the official Napoli store where his face stares out from the stylized fingerprint on the jersey in the window.

The shirt, worn by the Napoli players in November, is probably one of the last to be found in the city. Produced in limited numbers and sold for charity, these collector's edition jerseys have long sold out on the club's website.

For those who set sail for Naples in memory of Maradona, the first stop is often Mario Filardi's famous fresco in the Spanish Quarter painted in 1990 and restored in 2016.

It is a meandering walk from the ferry terminal and the wandering pilgrim is sure to pass other images painted on the walls as well as posters for the film "The Hand of God," Paolo Sorrentino's homage to the Naples of the 1980s which is released this Wednesday in cinemas in Italy.

But the stroll to the Spanish Quarter is worth it.

"It was important to come," says Aicha, 17, who braved heavy rain to come to meditate in front of the famous mural which shows a shaggy-haired Maradona in Napoli's powder blue shirt running earnestly toward goal.

It is in a humble surrounding, set back from the road, often found with a couple of cars parked in front.

But this yard is dedicated to the worship of "god" Maradona and adorned with photos, flags, jerseys and other relics left by the football faithful.

Aisha came all the way across Italy from Bari on the east coast, around 260 kilometers, with her family to "see the way the city remembers him."

"You can see that it's not just Napoli shirts, but most of the teams he's played with and pictures of him as a player and also as a man," she told Agence France-Presse (AFP).

"It's interesting how normal people, not just supporters, bonded with him."

Facundo Perez, 26, an Argentinian living in Europe, also came specially to Naples to "greet" Maradona, a year after his death.

"For me, Diego is a god. To see the flags, and the fact that he conquered the heart of Naples, it's crazy. I came here to try and understand how much people love him."

Frescoes keep blooming on the walls in Naples and the region beyond. Street artist Mario Casti, who has already produced 10 in the last year, was still at work this week finishing off another one for the anniversary.

Maradona also inspired the sculptor Domenico Sepe who has created the work that will stand in front of Napoli's stadium.

"The work was born from a personal need," Sepe told AFP, gazing at the barely finished sculpture in a foundry in the Pianura district.

"On the announcement of his death, something was missing from my daily life. And as a Neapolitan and also as a Napoli supporter and as a sculptor, I decided to pay homage to him with a work that offers him eternity."

A sculptor in the classical tradition, Sepe wanted his majestic bronze to present Maradona almost as a "Greek God." What he has produced is a Maradona with a focused gaze, the No. 10 on his back, stocky legs bursting, ball at his feet, charging upfield on a pitch the shape of Argentina.

It is a pose reminiscent of the muscular Maradona who inspired Argentina to victory in the 1986 World Cup – although he is obviously wearing a Napoli shirt.

Another statue will be installed in the stadium Sunday ahead of Napoli's Serie A match against Lazio when the home side will again be wearing the famous "Diego shirt."

Napoli is currently top of Serie A and there is no doubt that the most fitting tribute would be to win the title.

It has only done it twice before, in 1987 and 1990 when Maradona was truly in his pomp. Little wonder the Neapolitans worship him still.