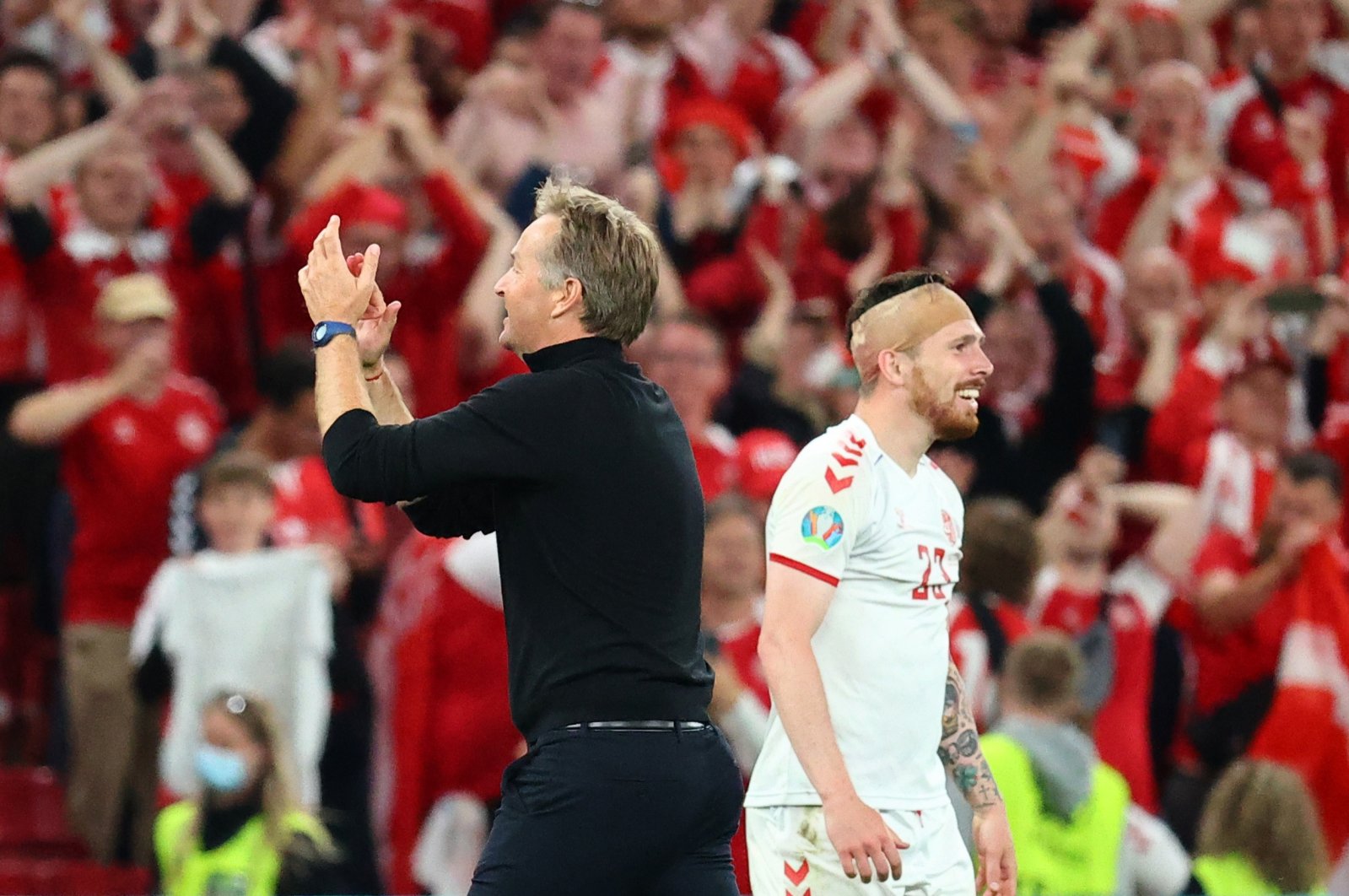 Denmark pulled off a stunning 4-1 win over Russia at Parken Stadium to qualify for the knockout stages of Euro 2020 as Group B rival Finland lost to Belgium.

The 4-1 win over Russia on Monday gave Denmark second place in Group B and an automatic spot in the round of 16.

After Christian Eriksen’s collapse in the first game and two subsequent losses at home, Denmark finally was able to celebrate in front of their raucous and jubilant supporters at Parken Stadium.

“If anyone deserves this, it’s our players,” Denmark coach Kasper Hjulmand said. “I can’t imagine how they managed to come back from what they went through. So big credit to the boys.”

Eriksen, who wears No. 10 for the national team, suffered cardiac arrest and had to be resuscitated with a defibrillator. He was released from the hospital on Friday.

Denmark, Russia and Finland all finished with three points but the Danes had the better goal difference. Belgium won the group with nine points after beating Finland 2-0.

Now a meeting with Wales awaits for Denmark in Amsterdam on Saturday. And a tournament that so nearly began with a tragedy could still turn into a triumph.

Given all the team’s earlier misfortune, perhaps it was fitting that they were helped by a massive gift this time. After Mikkel Damsgaard put Denmark ahead in the 38th minute with a looping shot from outside the area, Yussuf Poulsen made it 2-0 in the 59th by pouncing on a massive defensive error. Roman Zobnin tried to play a back pass to his goalkeeper but instead gave the ball straight to the Denmark forward, who could put it into an empty net.

“Every now and then you get lucky and the ball just lands right where you're standing,” Poulsen said. “I think it's the first time in my life I didn't track back, and then I'm handed a gift.”

Russia only needed a draw to advance and Artem Dzyuba got the visitors back in the match when he made it 2-1 from the penalty spot in the 70th.

However, Andreas Christensen netted from outside the area in the 79th and Joakim Maehle finished off a quick counter to put the game beyond doubt.

Russia had frustrated Denmark for much of the first half with its defensive tactics. But Damsgaard – who came into the starting lineup in Eriksen's absence – produced the opener when he collected a pass from Pierre-Emile Hojbjerg, took one touch to create some space and unleashed a shot that sailed into the top corner.

The game then opened up considerably after the break as Russia had no choice but to push forward.

“The second goal basically came out of nowhere and it did not give us much cause for optimism,” Russia coach Stanislav Cherchesov said. “Then we allowed two counterattacks and we paid for those with two goals.”

Russia's penalty came when Jannik Vestergaard tripped Alexander Sobolev in the area and Dzyuba slotted the spot kick straight down the middle.

Christensen had only scored one international goal before – in 2017 – but ended Russia's hopes of a comeback by firing in a rebound shortly after goalkeeper Matvei Safonov had made a double save.

The Chelsea defender celebrated his goal by putting his hands to his ears.

“It’s an internal joke we have,” Christensen said. “They call me the guy with the big ears.”

After the final whistle, the whole Danish team formed a circle at the center of the field to follow the last minutes of the Belgium game before doing a lap of honor in front of their serenading supporters.