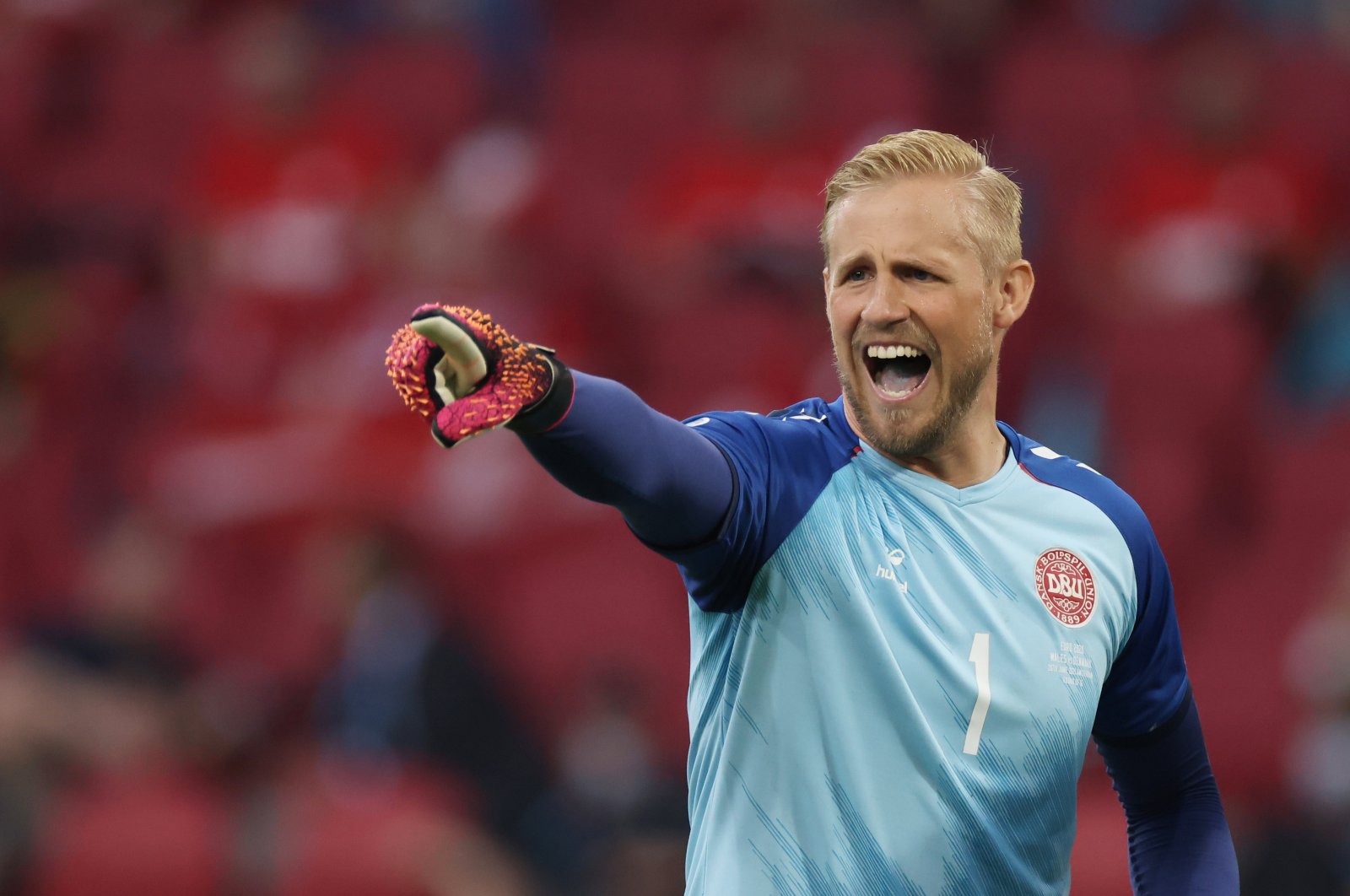 Denmark goalkeeper Kasper Schmeichel poked fun at England's long wait for a major trophy as he took a cheeky swipe at their Euro 2020 semifinal opponent on the eve of the match.

England's only major trophy came when they won the 1966 World Cup and the nation is at fever pitch as Gareth Southgate's side move within touching distance of ending that long drought.

A victory over underdogs Denmark in front of 60,000 frenzied fans at Wembley on Wednesday would take England to its first final for 55 years.

England supporters have been serenading their team through the tournament with chants of "Football's coming home," the anthem that first became popular when the Three Lions reached the Euro 96 semifinals.

Asked what it would mean to ruin England's dreams of Euro glory, Schmeichel said: "Has it ever been home? I don't know. Have you ever won it? '66? Was that not the World Cup?"

"To be honest I haven't given any thought to what it would mean to stop England. It's more what it would do for Denmark. I've focused very little on the England team. It's what it would do for our country back home. The joy it would bring to 5 million back home to do something like that, to compete with the nations we are competing with. Not really a lot of feelings for England on this."

England is the firm favorite to advance to the final, piling pressure on Southgate's men not to slip up against Denmark.

"When you have a team with so many world stars like England, the expectations are always going to be high," Schmeichel said.

"I can't imagine such a team will be affected by what the country expects of them. But they respect us. They know we are going to fight until the end."

Since England's World Cup triumph over half a century ago, even Denmark – not one of European football's superpowers – has won major silverware. It was the surprise winner of the 1992 European Championship, with Kasper's father Peter Schmeichel in goal.

The Danes are back in the Euro semifinals for the first time in 29 years and Schmeichel said: "It's the kind of game you dream of playing. The worst part is the waiting time. I can't wait to get out on the pitch. It's incredible to be here with these boys after everything we have been through in the last 10 years. It's going to be an incredible moment."