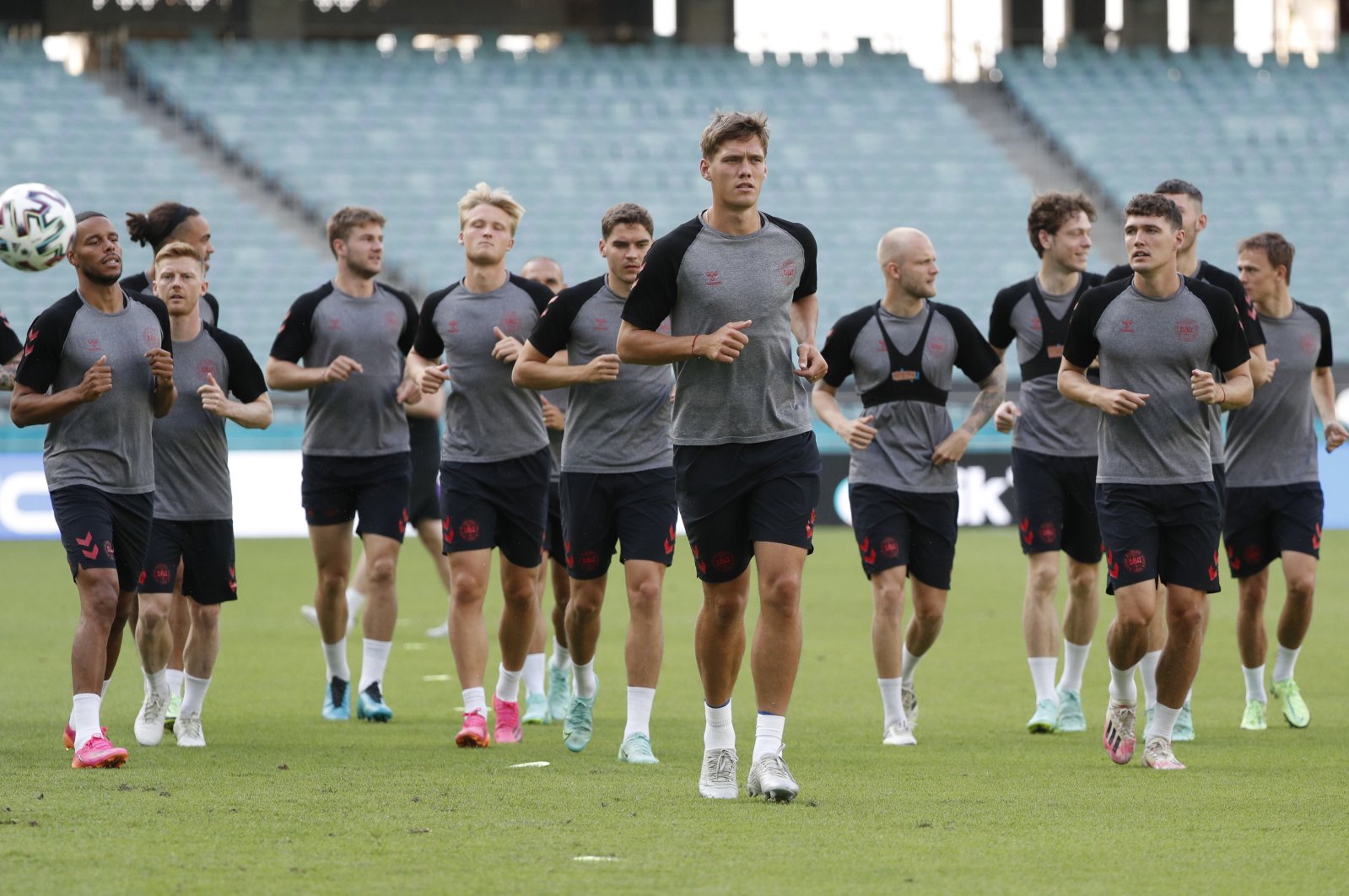 England fans need no reminder, however, that their team has lost four major semifinals since Alf Ramsey's team won the World Cup way back in 1966

A determined Denmark stands in England's way to a first major final since the 1966 World Cup triumph as the duo take on each other at Wembley in Wednesday's Euro 2020 semifinal.

Gareth Southgate's side was impressive in its 4-0 dismantling of Ukraine in Rome on Saturday, heralding a wave of euphoria in the country as media showered the team in praise.

England fans need no reminder, however, that their team has lost four major semifinals since Alf Ramsey's team's title.

Southgate has been keen to keep the burden of history out of his team's thinking. If he needs a way to bring his players back down to earth before the semifinal, he does not have to look back far for a warning against complacency.

An England side containing 10 of the current squad faced Denmark at Wembley in October in a Nations League match and lost 1-0 to a Christian Eriksen penalty.

Eriksen, who is recovering from the shocking cardiac episode he suffered as he collapsed in Denmark's opening Euro game, will not feature at Wembley of course.

But Kasper Hjulmand's side, who beat the Czech Republic 2-1 in the quarterfinal, will be largely the same as the one which left London with three points eight months ago.

The lessons from that game are limited by the fact that England played almost an hour with ten men after Harry Maguire was sent off in the 31st minute – but that in itself is a reminder of the way a moment of indiscipline can swing a game.

Maguire looks rock solid at the moment as part of an England defense which has yet to concede a goal in the tournament.

And with Harry Kane back to scoring form with three goals in the two knockout stage games, England looks to be peaking at the right moment.

There was, however, a similar feeling among England fans after they beat Sweden in the last eight of the World Cup three years ago in Russia only to fall to Croatia in the semi.

"Now we've replicated what we did there, but that won't be enough to fulfill the group," said Southgate, who knows that the national mood would change sharply if his team stumble at the same stage this time.

Denmark's performances in this tournament, where they have responded to the Eriksen trauma in such inspiring fashion, should also keep England focused.

The Danes got out of Group B with a rousing 4-1 win over Russia in Copenhagen before thrashing Wales 4-0 in Amsterdam.

In the quarterfinal, it beat a well-organized Czech side 2-1 in the heat of Baku.

Much of the focus on Denmark has been on the way the team has come together and fought so well after the shocking scenes against Finland, with Southgate noting it is "riding a wave of emotion," but it has been much more than battlers.

Hjulmand's team has a clear structure and method to its play which has earned it a place in the last four.

In attack, Martin Braithwaite creates the spaces which Mikkel Damsgaard and Kasper Dolberg have exploited well and there is a threat from attacking wing backs Jens Stryger Larsen and the excellent Joakim Maehle.

Pierre-Emile Hojbjerg and Thomas Delaney are a firm presence in the center of midfield while the backline in front of goalkeeper Kasper Schmeichel has been solid.

Unbeaten England though starts as a clear favorite with a stronger squad and home advantage and the fear that has gripped them in previous campaigns refreshingly absent so far.

Spain or Italy, who play in Tuesday's other semi, awaits the winner in Sunday's final at Wembley.