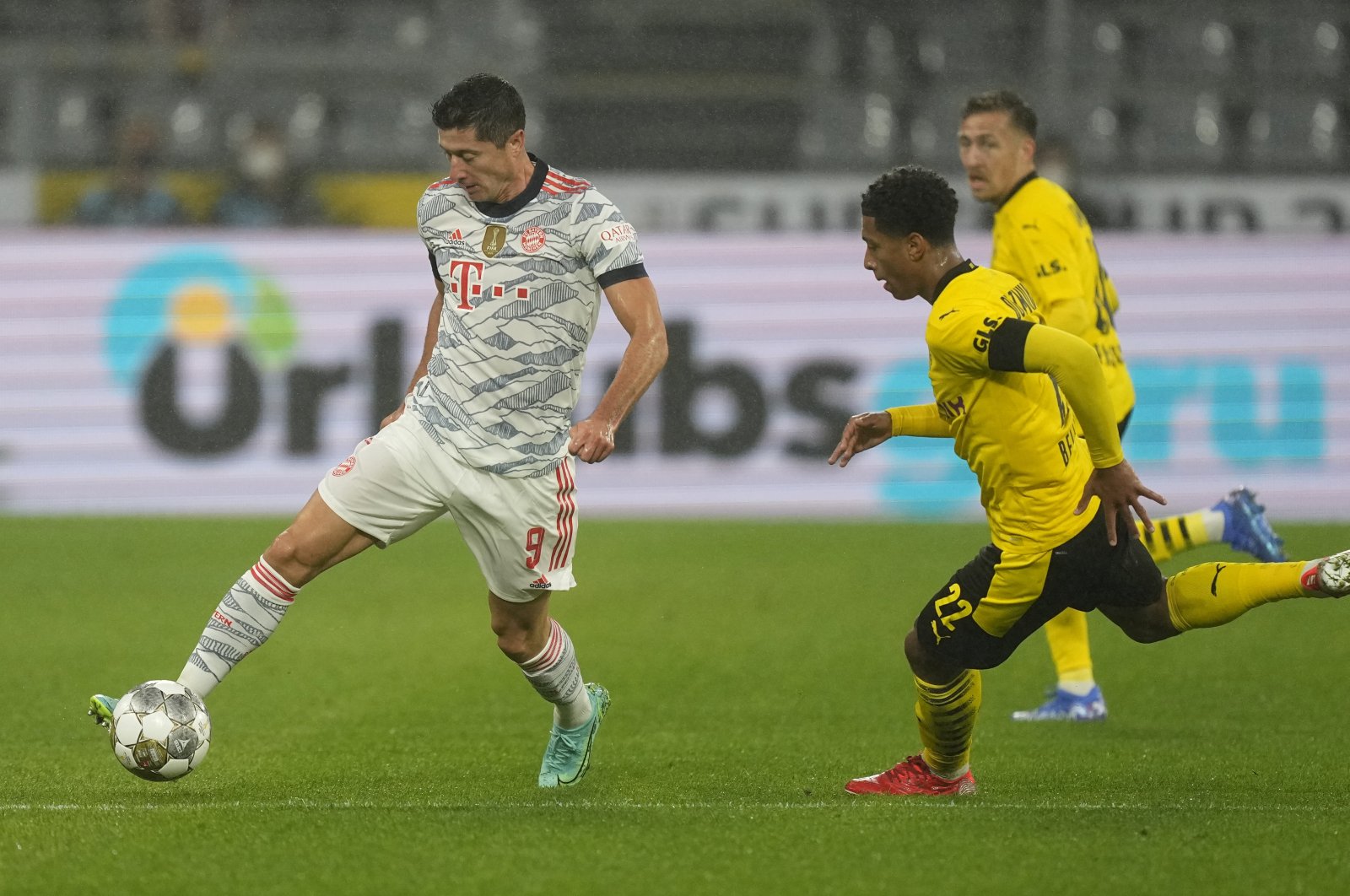 Bayern Munich travels to Borussia Dortmund for the weekend's action at Bundesliga between the two giants of the German football league, as the host seeks to put a dent in Munich's ambition to grab a 10th league title

Haaland, 21, who has scored 19 goals for Dortmund and Norway this season, proved a hip injury is behind him with a stunning volley in last weekend's 3-1 win at Wolfsburg.

"He gives us a lot of energy, he's a player who can decide games," Agence France-Presse (AFP) quoted Dortmund coach Marco Rose as saying.

The same can be said for Bayern's Lewandowski, who after scoring a record 41 Bundesliga goals in 2020/21, has backed that up this season with 25 goals for the club and five for Poland.

Bayern has won all of its last six games against Dortmund, but the Bavarians could be missing two key midfielders for the game which will be played in front of a reduced crowd of 15,000 due to increasing COVID-19 cases.

Joshua Kimmich is definitely out as he continues to quarantine at home after testing positive for the coronavirus. Leon Goretzka is doubtful after leaving training Thursday with a hip problem.

Kimmich, who has not been vaccinated, has been at the heart of a debate over the vaccination of players in the Bundesliga.

"Bayern have problems, they are missing Kimmich, there are many discussions around the team and maybe they don't have the focus as before," Germany's 1990 World Cup winner and former Bayern skipper Lothar Matthaeus said, according to Reuters.

"It is not peaceful in Munich these days and maybe that is disturbing the concentration. Dortmund have chances to win because Haaland is back."

Dortmund is also waiting on the fitness of England midfielder Jude Bellingham.

Bayern is on course to win a 10th straight German league title next May.

Matthaeus is concerned Bayern will want to seize the chance to assert themselves over their nearest league rivals.

Fans across the country are desperate to see a closer title race than in previous seasons when Bayern has dominated, but for that to happen Dortmund must avoid defeat, Matthaeus said.

"When you think about football and the Bundesliga, you have to wish that Borussia win because then it will be a hot season until the end," he said. "If Bayern win they are four points ahead and psychologically more than four points ahead."

Bayern holds a clear superiority in the rivalry with 65 wins in 129 games against Dortmund, which has won 34 times with 30 draws.

Dortmund hopes Haaland can inspire his team to a first win at home to Bayern for two years.

Most recently, Lewandowski scored twice last August in Bayern's 3-1 victory at Dortmund to win the German Super Cup. Lewandowski has scored 20 goals against his former club Dortmund in 14 Bundesliga matches since moving to Munich in 2014

Previous to that, Haaland scored two quick goals last March to put Dortmund 2-0 up after just nine minutes in Munich, only for Lewandowski's hat-trick to seal a 4-2 victory.

Bayern CEO Oliver Kahn insisted Lewandowski forward is the "best striker in the world" and Lionel Messi, who beat Lewandowski to be named this year's Ballon d'Or winner on Monday, agreed.

"Robert Lewandowski is a first-class striker," Messi said on Monday, raving about "the ease with which he scores goals."

Also on Saturday, third-placed Bayer Leverkusen will host bottom side Greuther Furth with its 18-year-old midfielder continuing to shine after a hip problem.

After creating two goals in a 3-2 victory over Celtic to punch Leverkusen's last 16 ticket in the Europa League, Wirtz opened the scoring in last Sunday's 3-1 win at RB Leipzig.

Leverkusen's decision – to give Wirtz a 10-day break in November to rest a hip problem – is paying off.

"That did him good. It was important to reduce his workload as much as possible," explained Leverkusen head coach Gerardo Seoane.