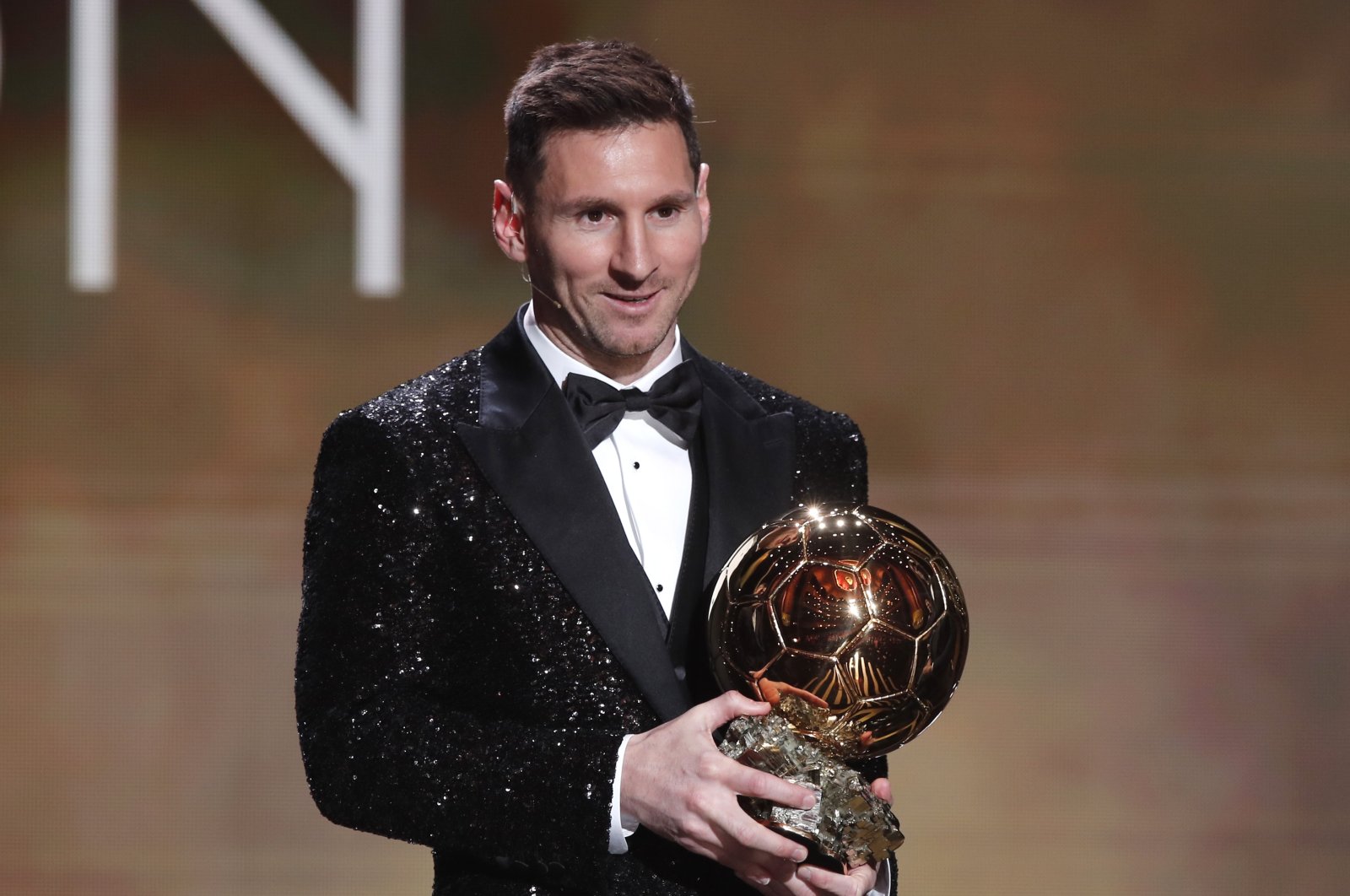 Argentinian maestro Lionel Messi on Monday won the Ballon d'Or award for the best player in the world for a record-stretching seventh time.

The forward beat Robert Lewandowski and Jorginho to lift soccer's most prestigious award yet again.

"It's incredible to be here again. Two years ago I thought it was the last time. Winning the Copa America was key," Messi said at Paris' Theatre du Chatelet.

"It is a special year for me with this Copa America title. It meant a lot to win at the Maracana stadium and I was so happy to celebrate with the people from Argentina.

"I don't know if it's the best year of my life, I've had a long career, but it was a special one with the title with Argentina after the tough times and the criticism."

Messi, who joined Paris Saint-Germain on a free transfer from Barcelona during the close season after finishing as La Liga's top scorer with the Spanish club, collected 613 points, with Bayern Munich's Lewandowski, named the best striker on Monday, getting 580.

The Polish goal machine pilfered a Bundesliga record of 41 goals in just 29 games last season to eclipse the long-standing mark set by the late Gerd Muller. The 33-year-old scooped FIFA's prize for best male player of 2020.

Jorginho, who won the Champions League with Chelsea and the European championship with Italy, ended up third on 460, ahead of France's Karim Benzema and Ngolo Kante in fourth and fifth places, respectively.

Five-time winner Cristiano Ronaldo came sixth. He was absent from the ceremony.

Messi and Ronaldo have won 12 of the last 13 editions of the Ballon d'Or with the exception coming in 2018 when Real Madrid's Croatian midfielder Luka Modric claimed the prize.

Chelsea, named club of the year, also had keeper Edouard Mendy finishing second in the Yashin Trophy for the best goalkeeper of the year behind Italy's Gianluigi Donnarumma.

"The key moment was the Champions League final against Olympique Lyonnais," she said.

Putellas is the third winner of the Ballon d’Or Feminin after Ada Hegerberg in 2018 and Megan Rapinoe in 2019.

There was no ceremony last year due to the coronavirus pandemic.

On a good night for Barcelona, the 19-year-old Pedri was awarded the Kopa Trophy for the best Under-21 player.

"The best way to celebrate turning 19 is receiving this award. I’d like to thank everyone at Barcelona for helping me here," he said.

The midfielder, who only turned 19 last Thursday, was a key player for Spain as the team reached the semifinals of the European Championship and featured in the side that lost in the men's Olympic football final against Brazil in Tokyo.

In addition, he played 52 games for Barcelona, helping them win the Copa del Rey.

The Kopa Trophy is named after Raymond Kopa, the Real Madrid and France star of the post-war era who won the Ballon d'Or in 1958.

France forward Kylian Mbappe was the inaugural winner of the prize in 2018, and Matthijs de Ligt of Juventus and the Netherlands won it in 2019.