England defeats Denmark to set up Euro 2020 final with Italy 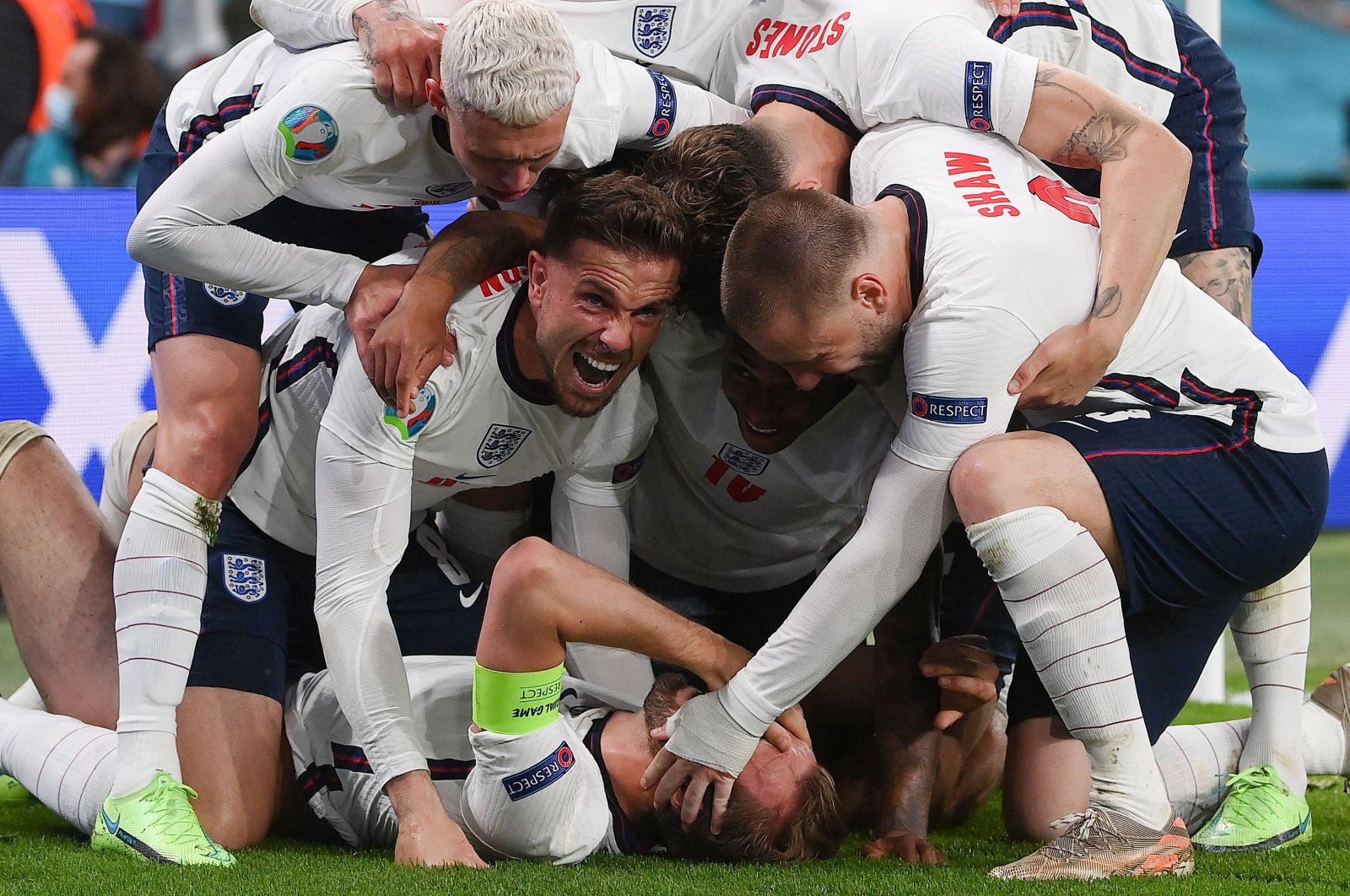 A penalty rebound converted by Harry Kane gave England a well-deserved 2-1 win over Denmark in Wednesday's Euro 2020 semifinal to set up a home showpiece against Italy on Sunday.

Kane saw his 104th-minute penalty – controversially not overturned by video review despite Raheem Sterling going down under minimal contact from Joakim Maehle – saved by Kasper Schmeichel but made no mistake with his second attempt.

England has ended a 55-year wait to reach a major final and one more win will end the same drought since their one and only trophy, the 1966 World Cup – also lifted at Wembley.

Denmark's fairytale run since the collapse of Christen Eriksen with cardiac arrest in their opening game ended despite Mikkel Damsgaard's brilliant free-kick giving them a 30th-minute lead.

But Simon Kjaer's own goal leveled matters before the break and with England dominant, the winner was a matter of time in coming even if Denmark survived the initial 90 minutes.

The vast majority of the 65,000 crowd inside Wembley – the biggest attendance at a U.K. sporting event since the coronavirus pandemic began – could not hide their delight at seeing England continue their progress which was fully merited despite the disputed nature of the winning goal.

The influential Sterling cut in from the right and tumbled but was well on the way to the ground even before he was grazed by Maehle.

Contact, however slight, was enough to convince the review the decision was not clearly mistaken and Kane took full advantage for his fourth goal of the tournament.

Denmark, playing on a wave of emotion since Eriksen's collapse, started slowly but gradually turned matters. Young talent Damsgaard had already curled wide before finding the net with a beautiful free-kick over the wall.

It was England's first goal conceded in the tournament and in a total of 691 minutes – though by then keeper Jordan Pickford had narrowly broken England's personal clean sheet record of World Cup winning goalie Gordon Banks, who didn't concede for 720 minutes in May-July 1966.

Sterling was denied an equalizer by a point-blank Schmeichel save but his presence awaiting Bukayo Saka's cross forced Kjaer into a 39th-minute own goal. It was the 11th own goal of the tournament with only nine having been recorded combined at every previous edition since 1960.

Denmark's tiring legs conceded possession and territory to England, who did however struggle to create.

Defender Harry Maguire's header was superbly clawed out by Schmeichel – whose father Peter was a Denmark hero in their Euro title win of 1992 – and extra-time loomed.

Schmeichel denied captain Kane and substitute Jack Grealish while Sterling fired over from the edge of the box. As the game ended, England's Wembley exploded with an equal measure of joy and relief.