England's Marcus Rashford refuses to bow down to online racism 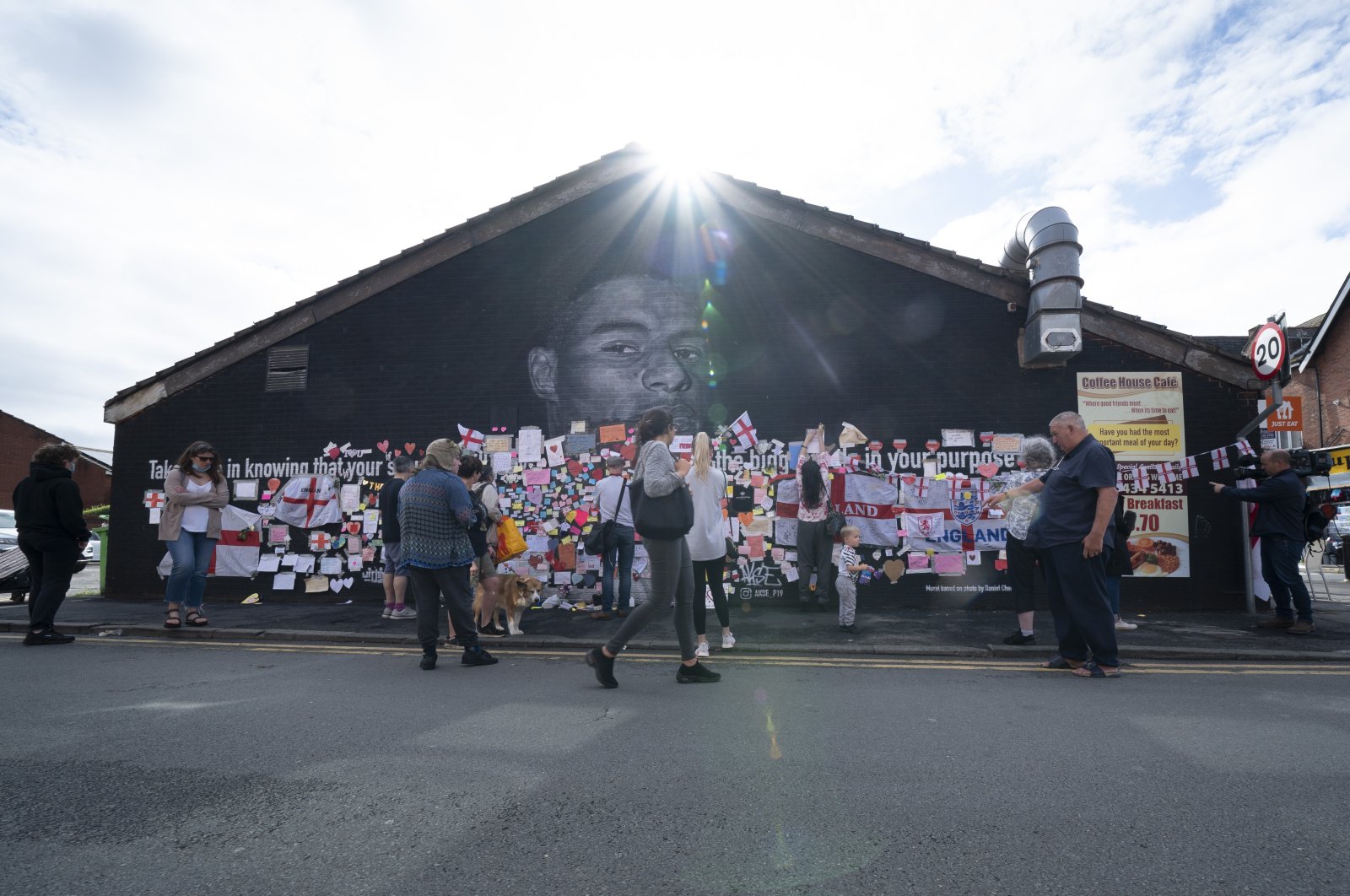 People look at the messages of support left on a mural of Manchester United striker and England player Marcus Rashford, on the wall of the Coffee House Cafe on Copson Street, in Withington, Manchester, England, July 13, 2021. (AP Photo)
by French Press Agency - AFP Jul 13, 2021 3:25 pm
RECOMMENDED

English footballer Marcus Rashford has refused to bow down to online racism, saying he will "never apologize for who I am" in an emotional statement.

The Manchester United forward was one of three players, along with Jadon Sancho and Bukayo Saka, who were attacked by racist trolls after missing penalties in Sunday's 3-2 shoot-out defeat by Italy in the Euro 2020 final.

"I'm Marcus Rashford, 23-year-old black man from Withington and Wythenshawe, South Manchester. If I have nothing else I have that," Rashford wrote in a statement on Twitter.

Rashford, who came on late in the second period of extra time, apologized for his penalty miss and said "something didn't feel quite right" when he came to take the kick.

"It's been playing in my head over and over since I struck the ball and there's probably not a word to quite describe how it feels. Final. 55 years. 1 penalty. History. All I can say is sorry. I wish it had gone differently," he wrote.

"I can take critique of my performance all day long, my penalty was not good enough, it should have gone in but I will never apologize for who I am and where I came from," Rashford added.

Images on social media showed a mural honoring Rashford in his hometown of Withington had been defaced before locals covered the hateful language with messages of support.

"Seeing the response in Withington had me on the verge of tears," Rashford said. He added that he was proud to have worn the England jersey during his side's first major final appearance in 55 years, and grateful for the "brotherhood" that was created in the England camp.

The racist attacks were strongly condemned by British Prime Minister Boris Johnson and the English Football Association whose president, Prince William, said he was "sickened" by the abuse.

England's players made a powerful stand against racism during the tournament, taking a knee before their games including Sunday's final.