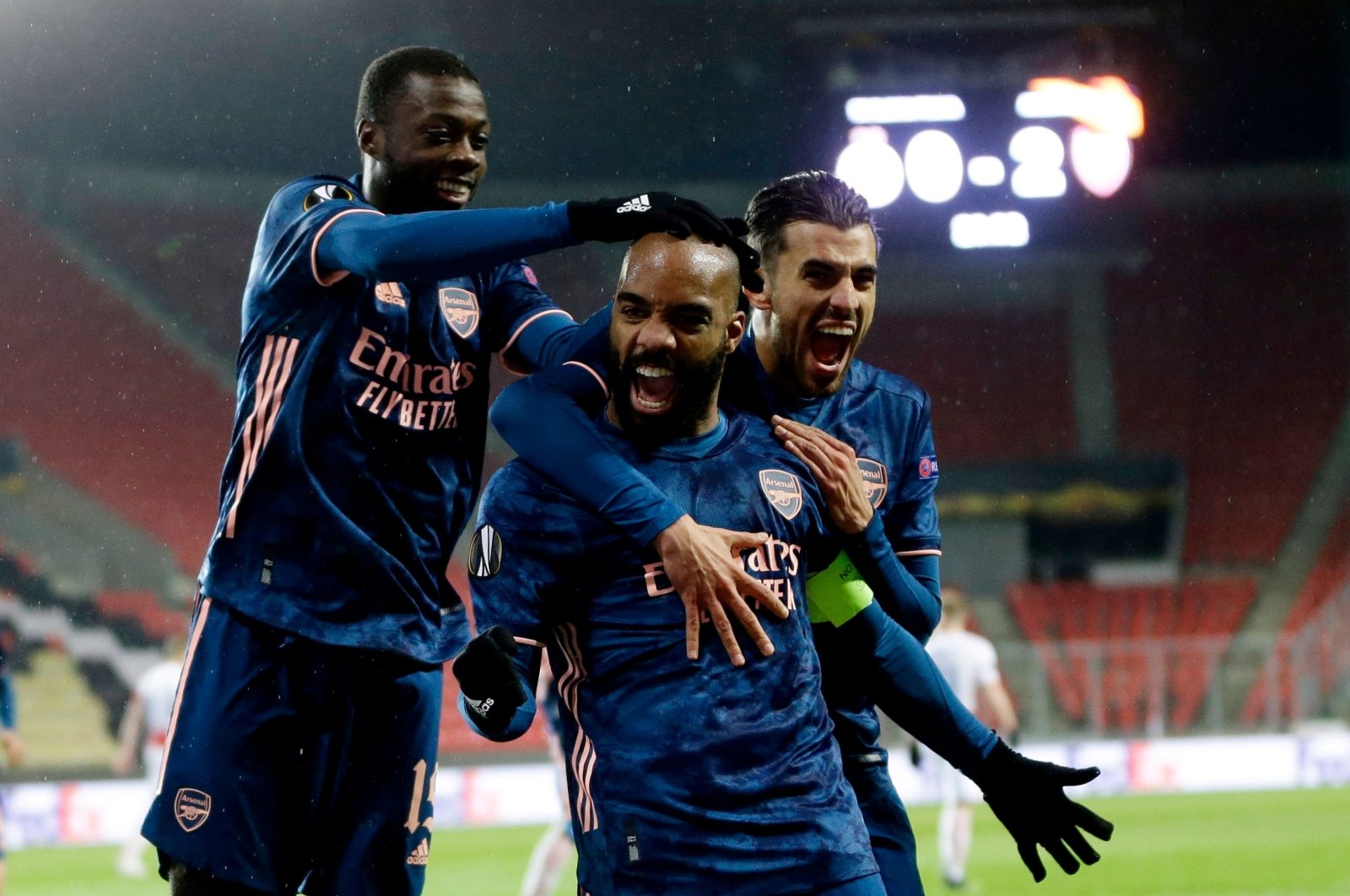 Premier League's fallen giant Arsenal faces Villarreal and former manager Unai Emery in the Europa League semifinal first-leg Thursday, in what can be the London side's only chance to salvage a hugely disappointing season.

Sitting 10th in the Premier League, the Gunners are on course for their worst league finish since 1995.

But Mikel Arteta's men are also just three games away from only the club's third-ever European trophy and a much-needed ticket back into the Champions League for the first time in five seasons.

All is not well at the Emirates on or off the field. Ahead of Friday's 1-0 defeat by Everton, thousands of fans demonstrated against Arsenal's owner Stan Kroenke, calling on the American billionaire to sell the club following his role in a collapsed European Super League.

Arsenal was one of 12 breakaway clubs seeking the reassurance of top-level European football every season without facing the perils of having to qualify.

It is easy to see why Kroenke sought the guaranteed income the Super League would provide.

For 19 seasons between 1998/99 and 2016/17, the Londoners never failed to qualify for the Champions League. Now they are set to finish outside the Premier League's top four for a fifth consecutive year.

That decline started prior to Emery's 18-month spell in charge between May 2018 and November 2019.

The Spaniard missed out on the top four by a point and got to the Europa League final in his only full season in charge, but was dismissed just four months into his second.

"It ended in unwanted circumstances," Emery told uefa.com ahead of the tie.

"I want to win for myself and for Villarreal. (Two years ago) I was defending Arsenal's red colors in that final against Chelsea, now I feel that affinity for the yellow of Villarreal. I have that competitive instinct, that responsibility I owe the club and everyone I represent with my decisions."

A three-time Europa League winner during his time at Sevilla, the 49-year-old has won 28 out of 31 knockout ties in the competition across spells at four different clubs.

Revenge is also on Villarreal minds for those with a far longer connection to the club than Emery.

A first-ever major trophy is also the Spanish side's only route into next season's Champions League.

Arguably the closest it has ever come to silverware was a Champions League semifinal against Arsenal when Jens Lehmann's last-minute penalty save from Juan Roman Riquelme in 2005/06 prevented the tie from going to extra-time.

"The two clubs have their own history between themselves," added Emery. "It will be a great contest, regardless of my having coached there recently."

In the other semifinal, Manchester United boss Ole Gunnar Solskjaer is aiming to reach a final at the fifth time of asking since taking charge of the Red Devils against Roma.

Under the Norwegian, the English giants have twice fallen at the last four in the League Cup and in the semifinals of last season's Europa League and FA Cup.

With United realistically assured of a top-four finish in the Premier League, but too far off Manchester City to mount a title challenge, ending a four-year trophy drought is the major prize left on offer for Solskjaer's men this season.

"It feels like a proper European tie because Roma is a club with lots of history," said Solskjaer when the draw was made.

Like Arsenal and Villarreal, there is even greater motivation for the Italians, who sit seventh in Serie A.

Victory in next month's final in Gdansk is the best shot at European football next season for Paulo Fonseca's men.