Fans return but violence flares up in French football 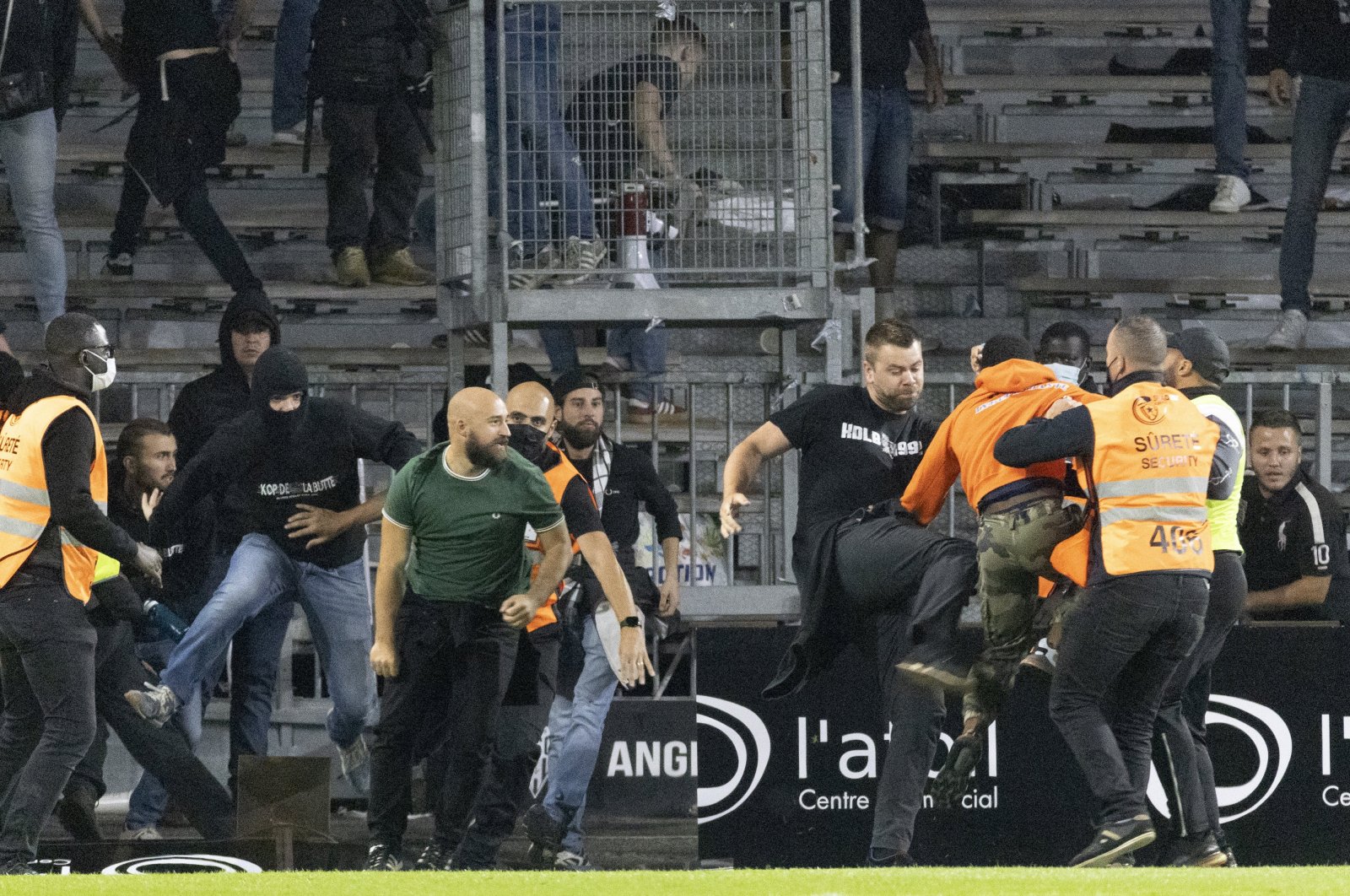 Having fans back at stadiums is not always a good thing, as increasing acts of violence in France demonstrate.

After a year of football in empty stadiums the return of supporters this season should have been a cause for celebration, but the country is reeling from a series of incidents involving fans in and around Ligue 1 games. The latest came on Wednesday when supporters invaded the pitch and flares were thrown at the game between Angers and Marseille, while stones were thrown at a bus taking Bordeaux fans to their match in Montpellier, with 16 suffering minor injuries.

These incidents come after last weekend's northern derby between Lens and Lille was overshadowed by a pitch invasion that delayed the start of the second half. Riot police intervened when dozens of Lens supporters stormed the pitch at half-time to confront Lille fans, while both sets of supporters hurled seats at each other over a partition wall. Lens have been ordered to play home matches behind closed doors until further notice, denying them of the crowd that usually creates one of the best atmospheres in France at the Stade Bollaert-Delelis. Previously Nice was docked one point after the abandonment of their game against Mediterranean rivals Marseille on Aug. 22. Nice was also ordered to play three home games behind closed doors at the Allianz Riviera, where Marseille's Dimitri Payet was hit by a bottle thrown from the crowd and supporters streamed onto the pitch as a melee ensued involving players, staff, fans and stewards.

The abandoned game will be replayed at a neutral ground next month, behind closed doors.

"Certain clubs managed in the past to put an end to this unacceptable hooliganism," said Jean-Michel Blanquer, France's Minister of National Education, Youth and Sports, in an interview with news channel LCI following the trouble in Angers, which led to two arrests Thursday. "There are people who need to be banned from stadiums in the future for this behavior. We need to be firm. These people are damaging the image of the sport."

The incidents certainly don't help French football as it seeks to capitalize on the arrival of Lionel Messi at Paris Saint-Germain. Nor does playing matches in empty stadiums, but the French league has little alternative. Fans have been allowed back into games this season with no limits on capacity, as long as those attending can show they are either fully vaccinated against COVID-19 or have recently tested negative.

The trouble began on the opening weekend, when Marseille's Valentin Rongier was hit on the head by a bottle at Montpellier, leading to a 10-minute delay. It has all led to much soul-searching in France, and it may be that many are using the return to the charged atmospheres of football grounds to release pent-up frustrations from a year of COVID-19 restrictions. Then again, the incidents have not been replicated in neighboring countries.