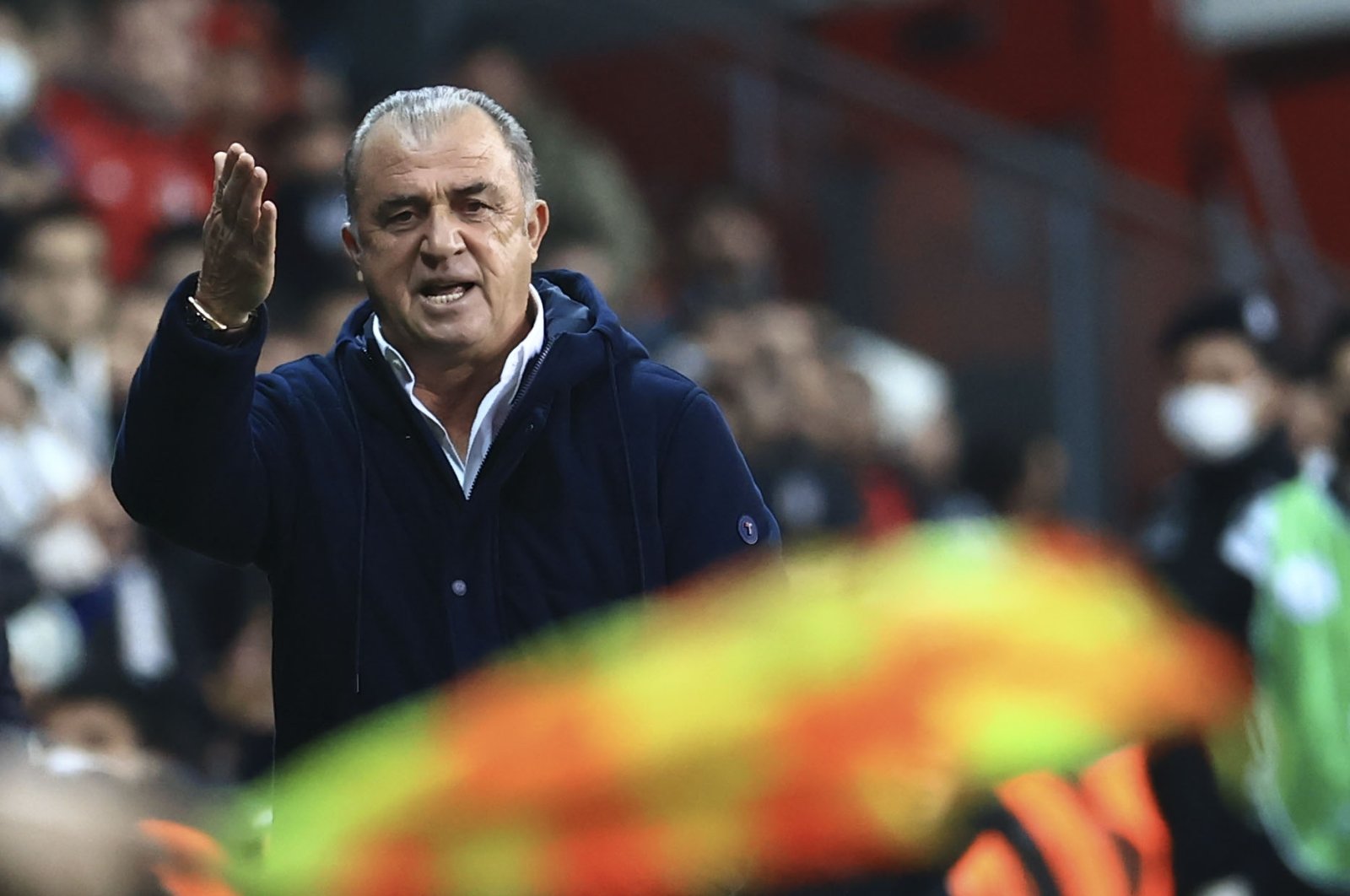 Before another Süper Lig game week rolls in, let’s take another look at how Galatasaray fared in the 2-1 loss against crosstown rival Beşiktaş last Monday. First, it is necessary to analyze Galatasaray's performance in two separate segments since the first 60 minutes and the last 30 minutes varied greatly.

The first hour was not very different from what most people expected as Beşiktaş tried to implement the master plan it has developed over the three seasons under Sergen Yalçın. It started the game with pace and at the end of the first 20 minutes, it had five shots on target, compared to Galatasaray’s none.

The Black Eagles pressed high with the center backs, in an attempt to crowd the opponent’s half and kept ball possession at 65%. Their clear aim was to dominate the game and they partly succeeded in doing so. At the hour mark though, the score was level despite Beşiktaş creating more clear positions.

There is a century-old tradition in football – to avoid confusion in matches, player substitutions usually do not take place while a corner is being defended. I do not know whether Galatasaray faced any confusion when Beşiktaş’s attacking trio, Miralem Pjanic, Necip Uysal and Cyle Larin crafted a goal from a created kick. However, I know this: Galatasaray gave away a similar corner opportunity in the Europa League game against Marseille.

Returning to a double striker formation in the last 30 minutes of the match, Galatasaray kept the balance, turned the game to its favor from time to time and caught a penalty opportunity, but failed to take advantage of it. The young Beşiktaş goalkeeper Ersin Destanoğlu topped off a brilliant performance with a penalty save. This performance could earn Ersin a call from the national team in November.

Galatasaray, in the meantime, should reconsider Olimpiu Morutan's role in the squad. He is a talented player and has self-confidence that is beyond his age. If he continues to improve himself at this rate, he is destined to go much farther. However, in order to do so, he should not forget that "positional loyalty" is a basic condition in football. Konyaspor left-back Guilherme, his opponent last week, created two clear goal positions between the 50th and the 60th minute, with the Romanian caught clearly out of position. It was a similar case against Beşiktaş. Morutan was way out of his position as Umut Meraş crossed the ball and assisted Cyle Larin to score. Alexandru Cicaldau tried to cover for his compatriot, but in vain. If the opponent's left back is overlapping, the right winger, which was Morutan in this case, should have tracked back.