Fenerbahçe held to 1-1 draw against Göztepe 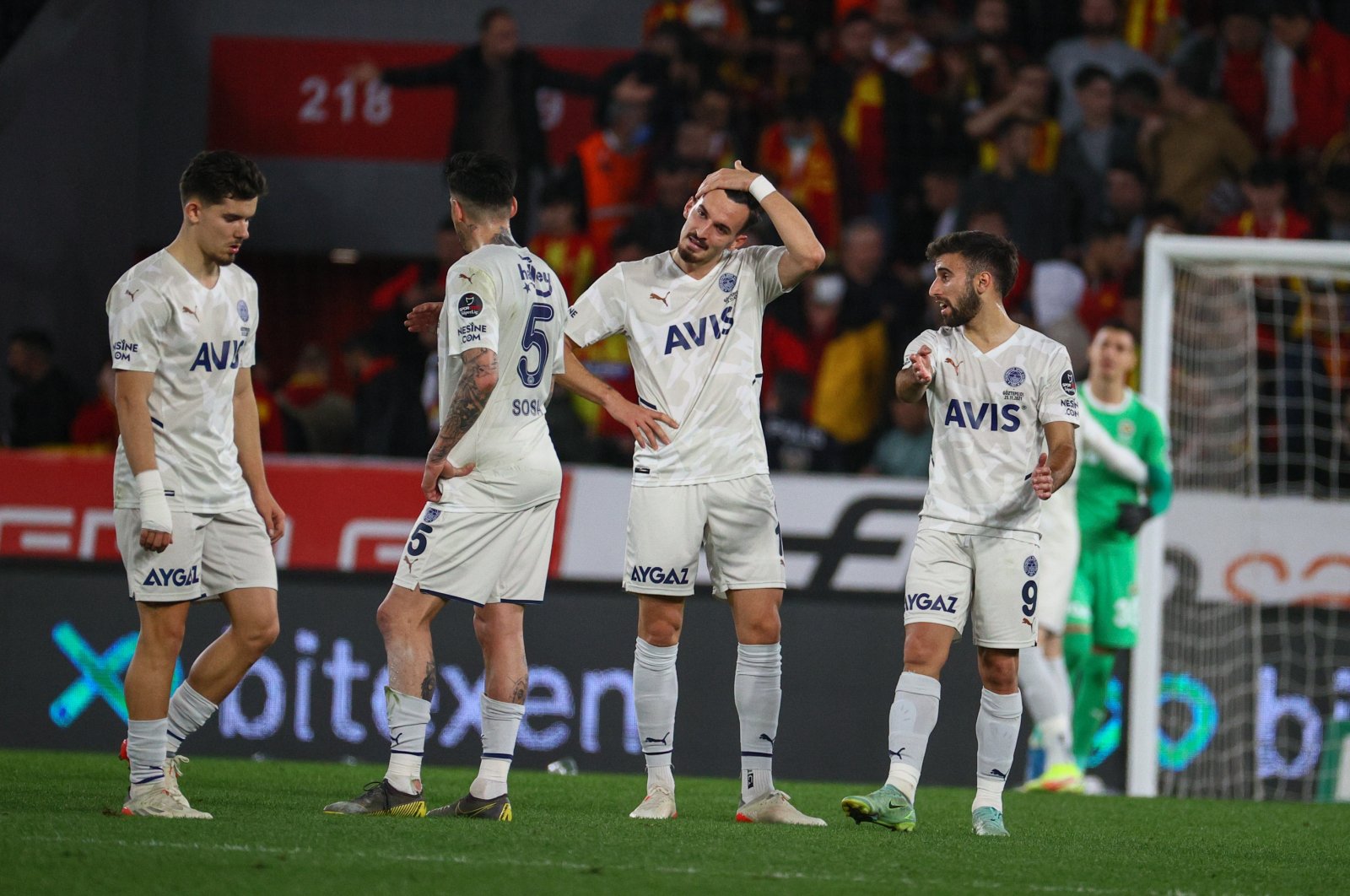 Istanbul’s Fenerbahçe failed to close the gap with Turkish Süper Lig leader Trabzonspor after it was held to a draw in an away game against Göztepe on Monday.

The Yellow Canaries drew 1-1 against the Izmir club at Gürsel Aksel Stadium.

Göztepe scored the opening goal with Macedonian forward Adis Jahovic in minute 40. Fenerbahçe leveled the match with a header from Serdar Dursun in the 48th minute.

In the 88th minute, Filip Novak was shown a red card for a foul on Söner Aydoğdu.

With 24 points, fourth-placed Fenerbahçe is now 12 points behind leader Trabzonspor. Göztepe trails in the number 18 spot with just 11 points.

Trabzonspor further extended its unbeaten run to 14 matches with a 2-0 win against Fatih Karagümrük in Istanbul Sunday.

The Black Sea team is having a splendid season, leading the league with 36 points in 14 matches.

In Sunday’s other match, Galatasaray played out a 0-0 draw at Yeni Malatyaspor, an upsetting result for the visitor.

The Istanbul club is now eighth in the standings with 22 points.