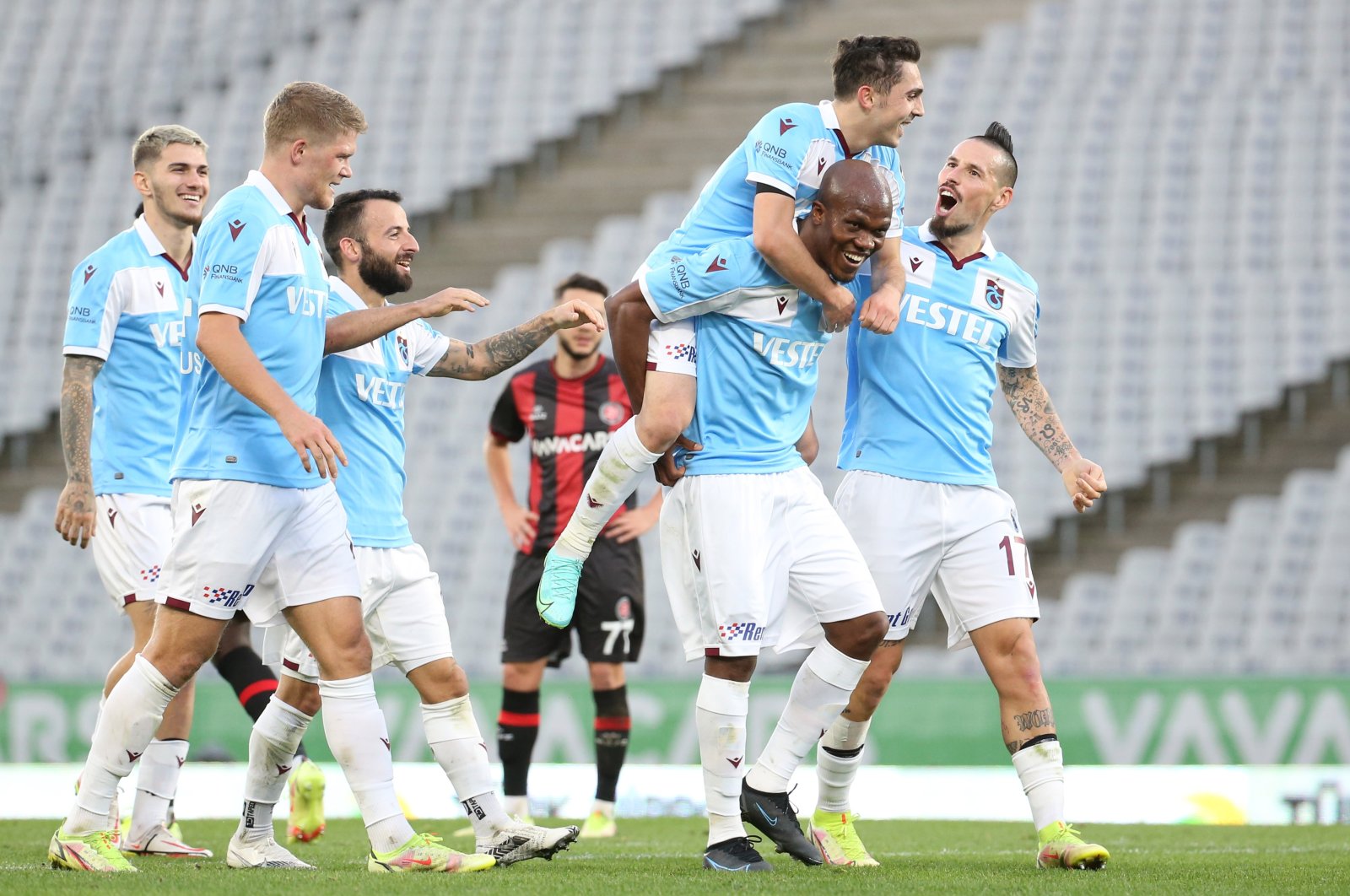 Trabzonspor was awarded a penalty kick in the 15th minute after forward Djaniny was fouled in the penalty area.

Djaniny's penalty was saved by Karagümrük goalkeeper Emiliano Viviano, but the referee asked to retake it because Viviano was off the goal line.

The Trabzonspor forward didn't miss the retake and pot his team forward at Atatürk Olympic Stadium.

In the 62nd minute, Trabzonspor midfielder Abdülkadir Ömür doubled the lead, scoring a left-footed strike outside the box to beat Viviano.

Trabzonspor thus bagged a 2-0 win to maintain its flawless run in the league.

The Black Sea team is having a splendid season, leading the league with 36 points in 14 matches.

Trabzonspor has won 11 matches and had three draws in the 2021-22 league campaign.

In addition, the leader is now on a seven-match winning streak. Trabzonspor's last draw came against Aytemiz Alanyaspor on Sept. 27.

In Sunday's other match, Galatasaray played out a 0-0 draw at Yeni Malatyaspor, an upsetting result for the visitor.

Mbaye Diagne hit the crossbar in the second half, wasting a chance in the 46th minute for the Istanbul powerhouse.

Galatasaray forward Halil Dervişoğlu's goal near the end of the match was disallowed by the referee for a foul. Diagne pushed Yeni Malatyaspor defender Sadik Ciftpinar before Dervişoğlu's finish and the match ended in a goalless draw.

The Istanbul club is now eighth in the standings with 22 points, while Yeni Malatyaspor is 17th with 13 points.