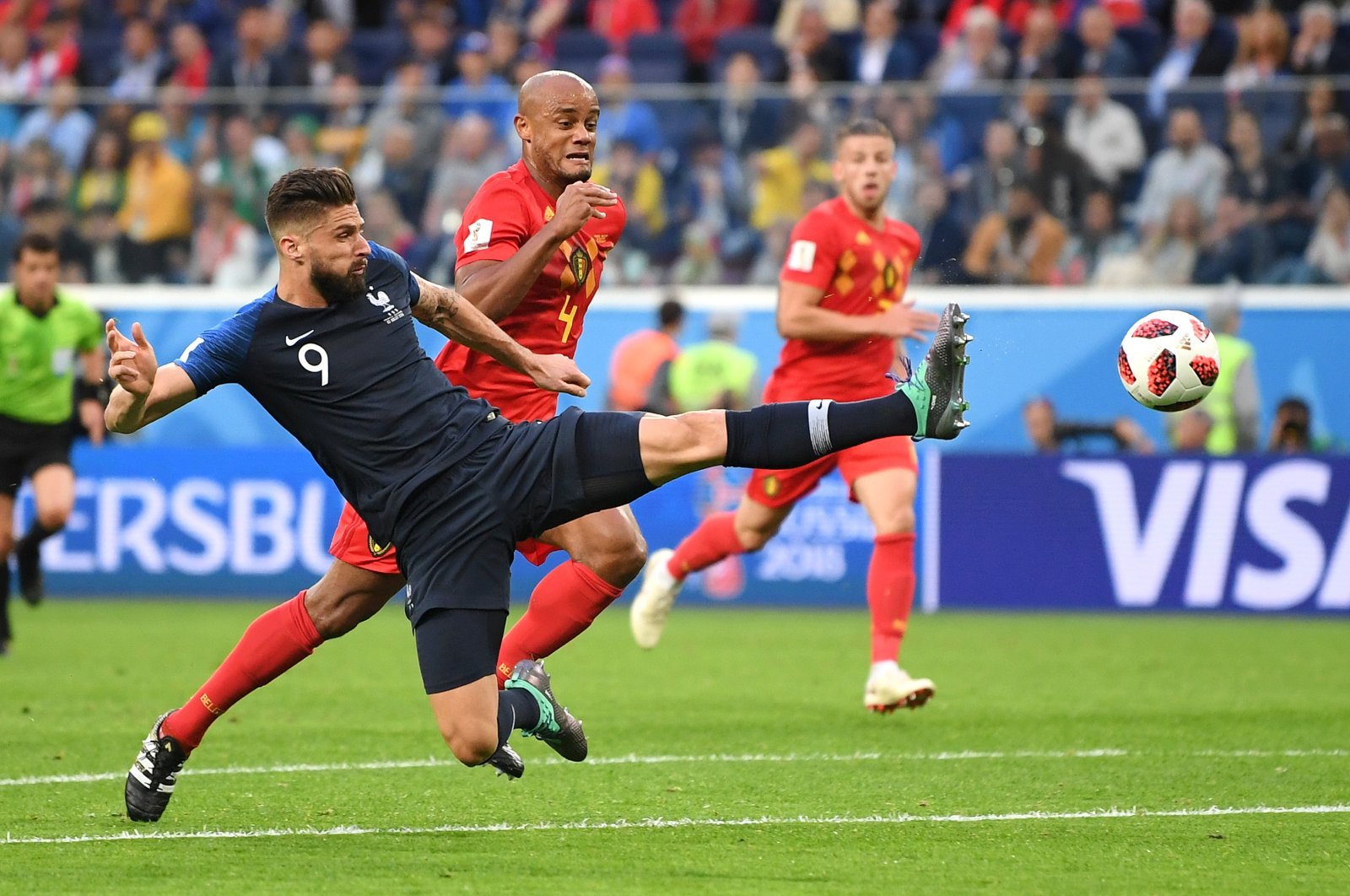 The two biggest disappointments of Euro 2020, France and Belgium, prepare to face each other in the UEFA Nations League semifinal on Thursday, with both teams hoping to prove a return to form.

World champion France was among the favorites to win the summer's European Championship but failed to set the tournament alight despite having a squad packed with world-class talent.

Its elimination on penalties at the hands of Switzerland in the last 16 – after leading 3-1 with 15 minutes of normal time remaining – was a particular shock, and led to some fallout within the French camp.

On Tuesday, sports daily L'Equipe published a lengthy interview with star forward Kylian Mbappe, whose missed spot-kick handed the Swiss a memorable win in one of the matches of the tournament. He said he would have liked "more support" following his shootout error.

"What shocked me, once again, was being called a monkey for a penalty," Mbappe said.

"That's why I wanted support, not because I shot the penalty to the left and (Yann) Sommer saved it."

Mbappe also said he could have had more support from his teammates on the field right after missing the penalty, but on Tuesday vice-captain Raphael Varane insisted the squad supports one another.

"We are together when things are going well, as well as when things are not going so well," Manchester United defender Varane told reporters, according to Agence France-Presse (AFP).

"We take on things together, we don't leave anyone behind. That's our philosophy, and that's not going to change."

France go into the match on an unconvincing run of form, with the 2-0 World Cup qualifying win over Finland last month its first victory after a run of five draws.

The team will be missing midfield dynamo N'Golo Kante after he contracted COVID-19 in the runup to Chelsea's 1-0 defeat at Juventus last week.

"We know we're here with an aim and unlike other competitions, we're already in the semifinals."

Belgium too will be looking to bounce back from its Euro campaign on the turf of the team which knocked them out of the tournament in the quarterfinals.

Roberto Martinez's side may have gone one better than France in the summer but it was more disappointment for the team ranked No 1. in the world.

The Red Devils' only major sporting honor is gold at the 1920 Olympics, which was held in Antwerp, and a golden generation of players has fallen short both at the Euro and the last World Cup, where it was knocked out by eventual winner France in the semis.

"They have six or seven players with more than 100 caps, who have been there for a very long time," said Deschamps.

"It's not for nothing that they're ranked the best team in the world. They're well organized, have young players who stand out but also a core of very experienced players which makes them one of the best teams in Europe and the world.

"It's a very, very good generation of players which has not yet experienced the joy of winning a tournament."

One piece of good news for Belgium is that defender Toby Alderweireld said he was cleared to play despite contracting COVID-19 earlier.

The 32-year-old, who has joined Qatari club al Duhail from Tottenham Hotspur, has been back in Belgium over the last few weeks recovering.

"I recently had corona," Reuters quoted Alderweireld as saying at a news conference on Tuesday. “I don't know how I contracted it. It proved difficult as an athlete because you lose a large part of your fitness."

Alderweireld said he was now fit and confident of being able to play in both Nations League games.

He again shrugged off questions about the age of the Belgium center-back pairing. His partner Jan Vertonghen is 34.

“What can I say to that? We have done well so far and we’ll try to keep it that way. We will do our talking on the field,” he said.

The defender added that the challenge of playing against France’s much-vaunted strike force was one to savor.

“I'm really looking forward to playing against those guys. We want to show that we can control guys like (Antoine) Griezmann and (Kylian) Mbappe. We will do everything we can to win the Nations League.”