Galatasaray keeps getting better in Europe every day 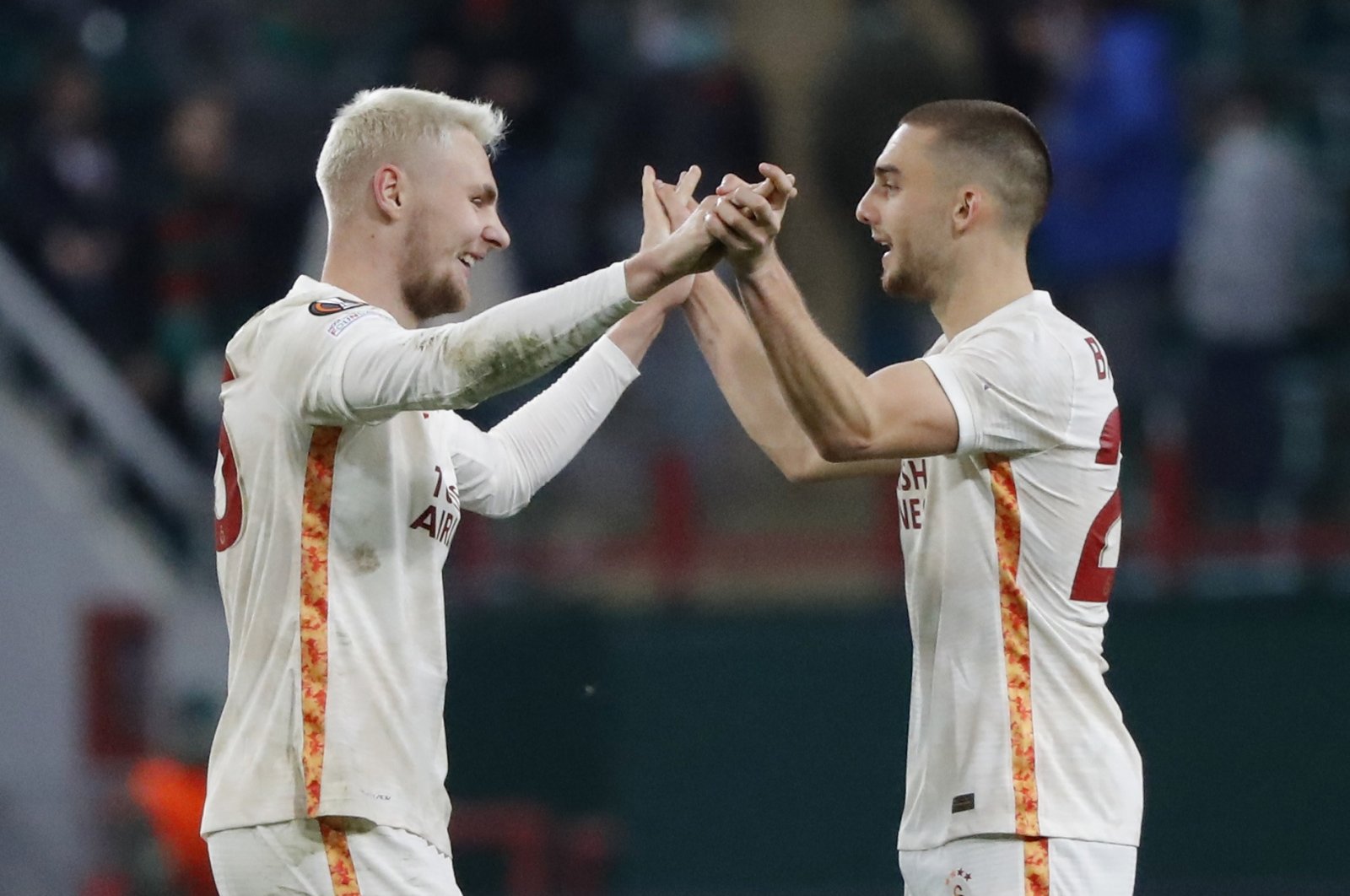 It can be said that this year Galatasaray has improved its performance in every game on the European stage. There is a dynamism that contrasts with the team's showing in the Turkish Süper Lig.

This is a compact, tightly knit game that uses the ball accurately in its own half. The Marcao Teixeira, Victor Nelsson, Taylan Antalyalı, Berkan Kutlu square has become an extremely safe center in Europa League standards. A problematic area in the Süper Lig is operating in Europe well, strange but true. Of course, Marcao's return is a good sign for the league as well.

Galatasaray played with almost flawless dynamism and mobility against Lokomotiv Moscow, defeating the Russian side 1-0 on Thursday. When there was a run behind the defense, the defense immediately recovered and took position. This is very valuable because yesterday this forced the opponent into a very narrow and chaotic spot.

Considering the dynamic, aggressive high press of the Russian side, this was a big achievement for Galatasaray. The support provided by Ryan Babel and Barış Yılmaz by staying close to the full-backs also relieved the team.

At the beginning of the second half, Galatasaray performed the same game with a certain degree of success in the opponent's field. There was also a chance to score from set pieces. However, the distance between Babel and van Aanholt increased when Babel got to the final third. This allowed Maciej Rybus to be more effective, but the defensive stability remained intact. Then, Olimpiu Morutan's entry into the game changed the balance in Galatasaray's favor. He's really good at finding vulnerabilities and exploiting them right away.

His weapon, as with all players of this type, is his ability to think quickly and determine the right move under pressure. He finds the gap and plays the ball while the opponent's defense is pulled in one direction. This makes a huge difference, especially in tight games like on Thursday night. He needs to work on whatever is preventing him from getting more minutes to play more. Galatasaray definitely needs him.

On the other hand, things are not looking so bright for Fenerbahçe at the moment. Fenerbahçe lost another crucial two points in Europa League against Antwerp. Manager Vitor Pereira hardly has a "Plan B," or anything other than his limited offensive plan. Especially in the short term, this might severely reduce Fenerbahçe's chances in the games it needs to win. But Pereira has been working for the team for almost four months.

We watched his Fenerbahçe in 21 games, seven of which were in friendlies, nine in the domestic league, and five in Europe. So we have enough data to make a sound assessment. Regardless of the outcome of the match played in Kadıköy on Thursday night, I can summarize Pereira's Fenerbahçe as follows: I respect his Plan A. But you can't take a whole season, every competition, every situation with a single strategy, especially when it is very limited and immature.

You need to have a Plan B, C or even D, so you have to have a repertoire of tactics. After the first 21 games, it seems that Pereira has almost no Plan B. Such a strategy may work in other countries but in Turkey, this could cost you your job.