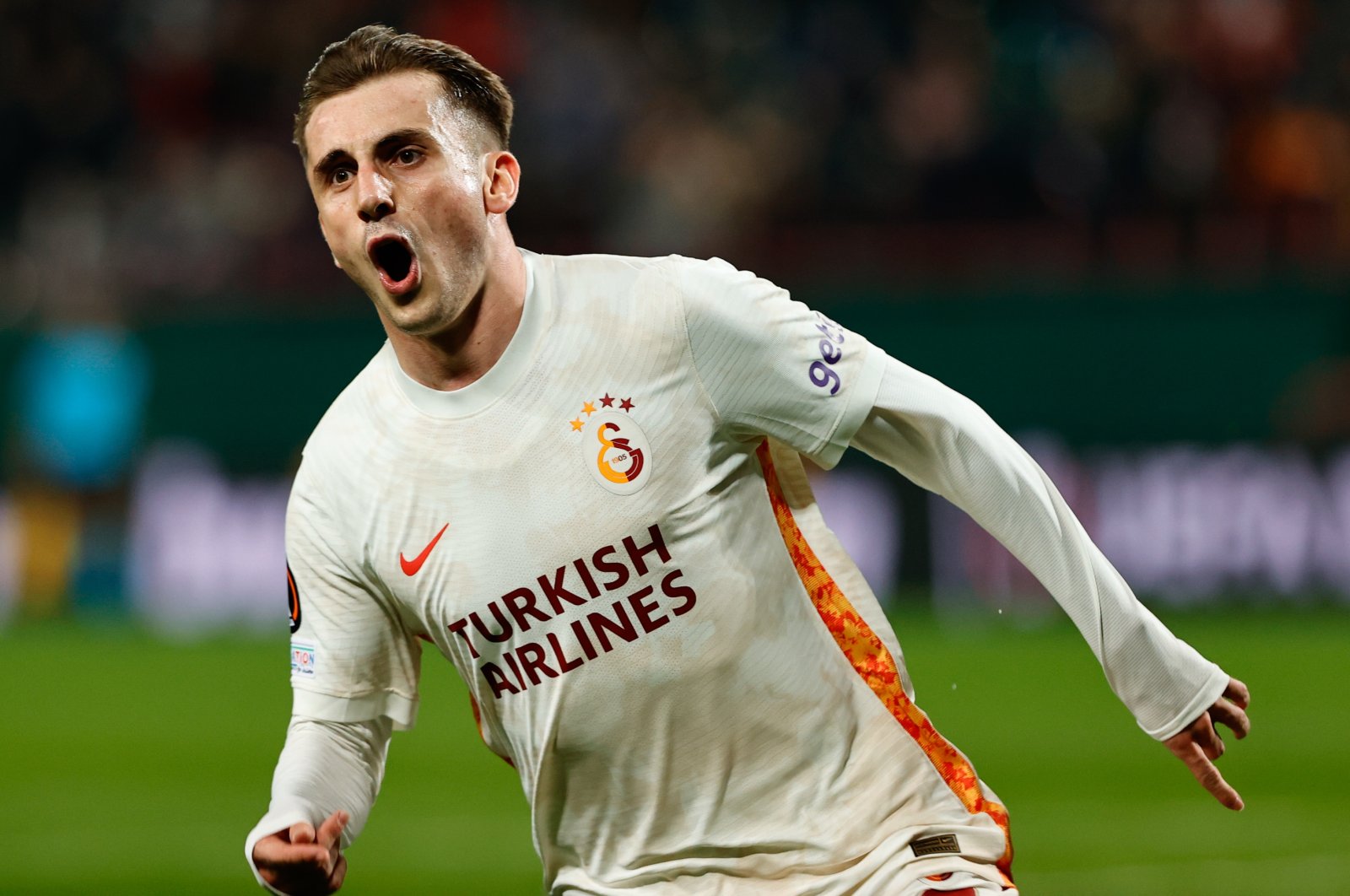 Topping the UEFA Europa League's Group E, Istanbul giant Galatasaray solidified its lead late Thursday with a 1-0 victory against Lokomotiv Moscow at the Lokomotiv Stadion in the Russian capital.

The game started on an aggressive note as the defensive-leaning Lokomotiv players resorted to numerous fouls at Lokomotiv Stadium.

Neither side was able to score or place an on-target shot until the end of the first half.

Though the harsh play continued, several missed attempts were made by the Lions. In the second half, Video Assistant Referee (VAR) system was unavailable due to a technical issue, which was the second glitch of the night, the first occurring when the squad of Germany's Bayern Munich was displayed as Galatasaray at the stadium, with coach Fatih Terim's name intact.

The late opener came after a magnificent cross by Yellow-Reds' Romanian midfielder Olimpiu Morutan, who let his forward teammate Kerem Aktürkoğlu score the goal with a successful finesse shot. Aktürkoğlu, whose birthday coincided with the match, subbed in during the second half, scoring in the 82nd minute.

Lokomotiv's goalie denied another attempt by Aktürkoğlu in the last minutes of the game, which ended as a decisive 1-0 victory for the Lions.

Galatasaray, nicknamed "Conquerer of Europe" thanks to its 2000 UEFA Cup victory, conceded no goals in its first three matches in European cups for the first time and solidified its Group E lead with seven points thanks to this victory.