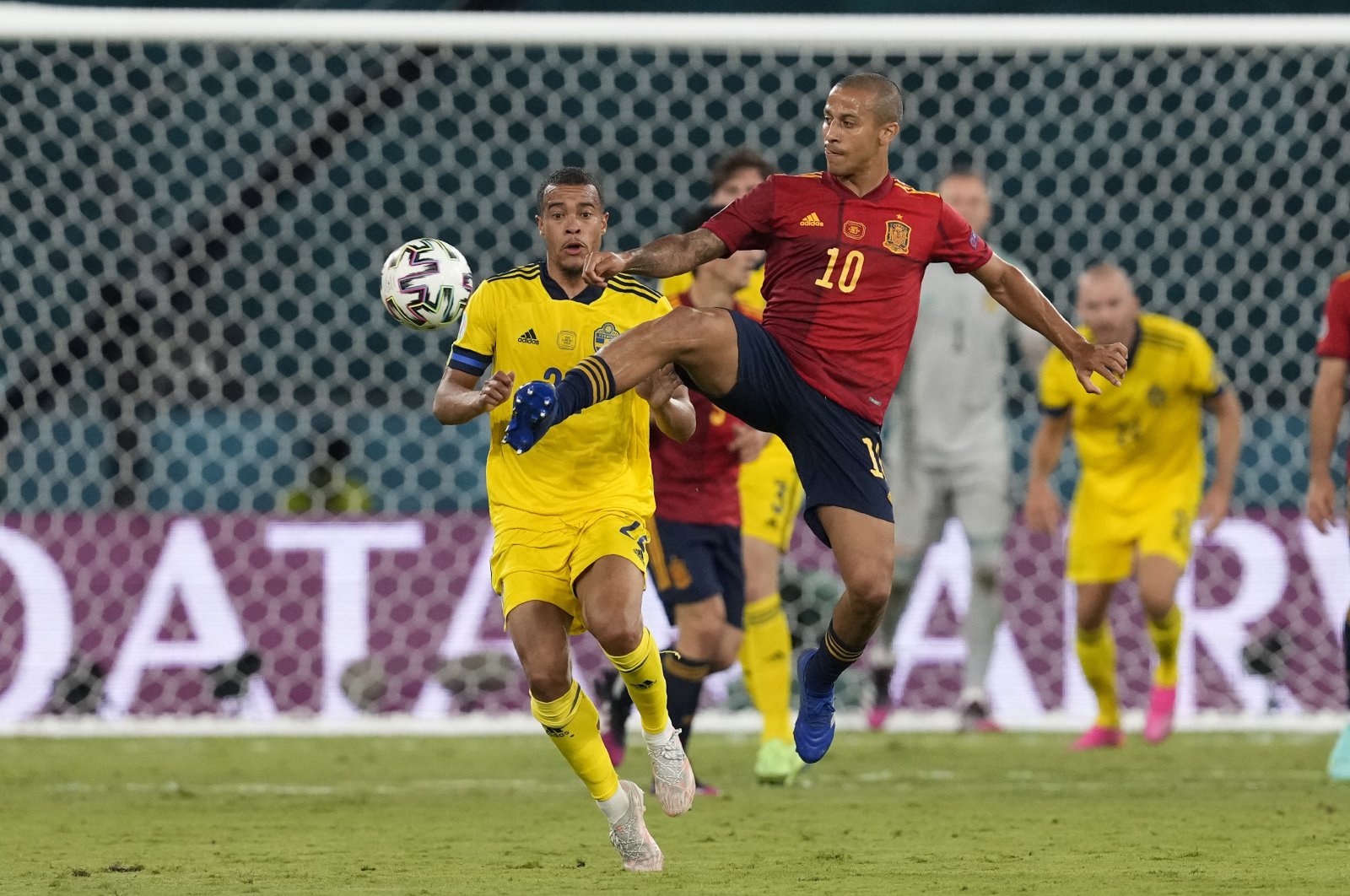 European minnows Sweden snatched a point from Spain as it held the former champions to Euro 2020's first goalless draw on Monday.

Spain tried to pass Sweden into oblivion but had to settle for the stalemate after it was let down by poor finishing and might have even lost had it not been for a glaring miss by opposing striker Marcus Berg.

Alvaro Morata spurned Spain's best opportunity in a dominant first-half display from Luis Enrique's side on a scorching evening at Seville's La Cartuja Stadium in Group E when he missed the target from inside the area after a defensive slip.

But Sweden's Berg was equally wasteful when he somehow missed the target after a sensational piece of skill and cross from fellow forward Alexander Isak, who had maneuvered his way past four Spain defenders to put the chance on a plate.

Spain ran out of steam in the second half before rallying again late on but still failed to beat Sweden keeper Robin Olsen, who thwarted substitute Gerard Moreno in stoppage time.

"We had a lot of chances but we couldn't finish them off," said Spain coach Luis Enrique.

"I feel bad for the players and fans as we were the better team against a side who decided to close ranks in defense, who are very strong physically and who only tried to attack with the odd long ball."

This was a deeply frustrating start to the tournament for three-time European champions Spain, who broke a competition record with 917 passes while keeping 85% possession but failed to win their first game for the fifth time in their last six major tournament appearances.

"If we played like that in 10 games we'd have won nine," added Spain defender Aymeric Laporte.

"We don't care too much about how many passes they have as long as they don't have too much time in the center. At the end of the day it is about scoring goals and not conceding any," he said.

"They had a lot of possession but the longer the game went on the more frustrated they became, which was good for us."

Slovakia is the unlikely leader of Group E after beating Poland 2-1 earlier on Monday. They face Sweden next on Friday, while Spain meet Poland.

Both sides had their tournament preparations rocked by two COVID-19 positives each but Spain was hit hardest as captain Sergio Busquets missed the game and the remaining players had to train individually for the next five days.

Busquets' absence meant stand-in captain Jordi Alba was the only player on the pitch who has won an international trophy, triumphing in Euro 2012 to complete a glorious cycle of three international tournament wins starting with Euro 2008.

The lively Dani Olmo created three promising chances in the first half but the best chance fell to Morata, who failed to cash in on a lapse of concentration by Sweden's Marcus Danielson but slotted wide of goal with only Olsen to beat.

Sweden had offered very little going forward but had a great chance to score late in the half when Isak won a scrap with Laporte and went for goal, his wayward shot hitting Marcos Llorente and then striking the near post.

It was left agonizing over a second big chance going to waste when Berg missed the target from point-blank range.

But when the full-time whistle came, Sweden reveled in ruining Spain's party, keeper Olsen punching the air and the grins of their numerous traveling supporters contrasting with the frustrated faces of their red-shirted hosts.

Sweden takes on Group E leaders Slovakia in St. Petersburg on June 18, while the Poles travel to Seville to meet Spain the following day.