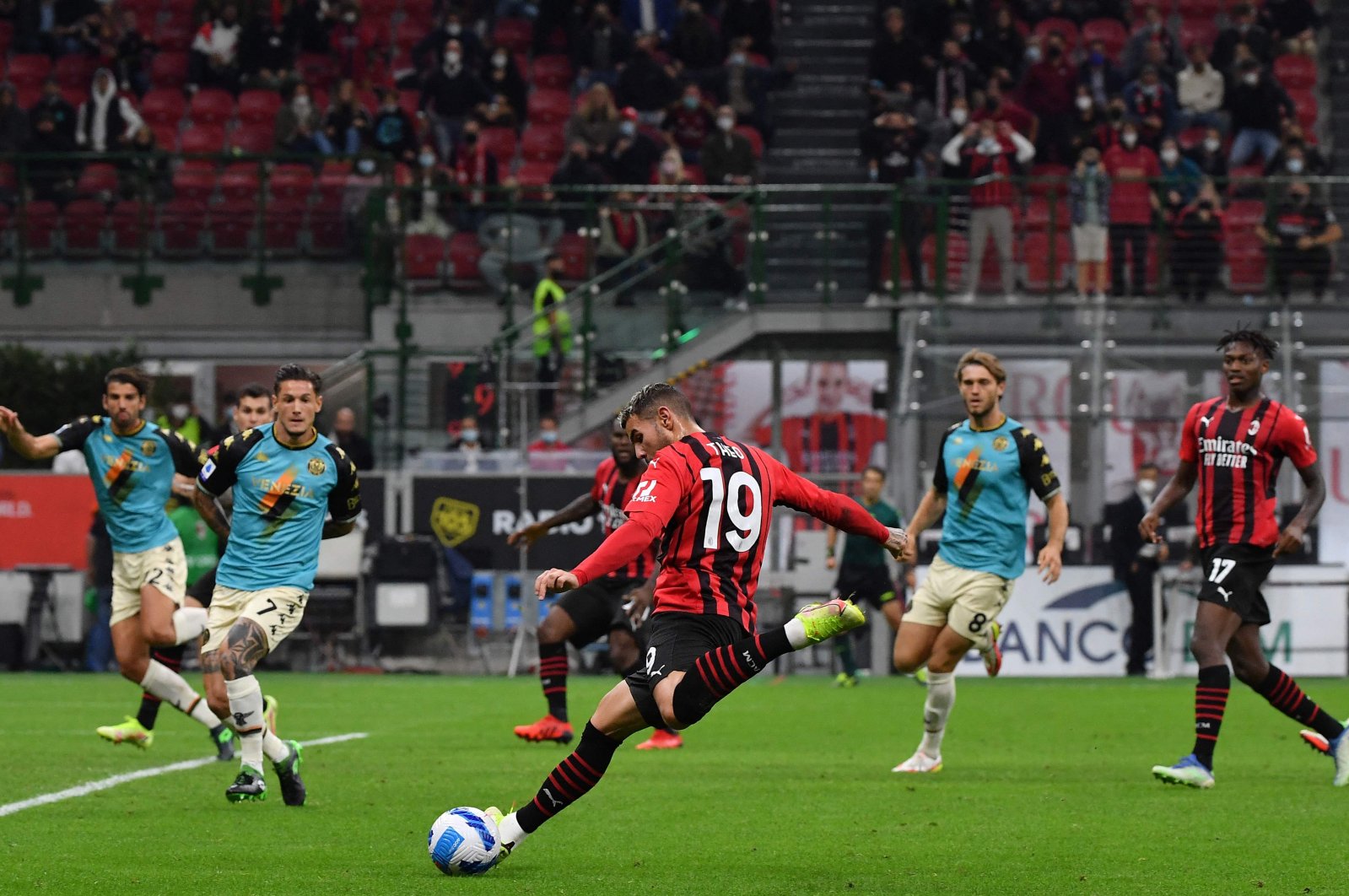 A struggling Juventus, in the meantime, secured its first win of the season at the fifth attempt, 3-2 at Spezia.

France international Hernandez laid on Brahim Diaz's opener and scored the other at the San Siro to move second-placed Milan onto 13 points alongside city rival Inter, in a win which maintains an unbeaten record so far this season for Stefano Pioli's side.

Diaz opened up a stubborn Venezia side when he forced home Hernandez's volleyed cross in the 67th minute in a match in which up to that point the Rossoneri had been restricted to a handful of chances.

Hernandez then sealed the three points with eight minutes remaining when he collected the ball following superb play from fellow substitute Alexis Saelemaekers and lashed in his first goal of the campaign.

Milan is a point ahead of Napoli, who travels to Sampdoria on Thursday looking to maintain its 100% record, while Atalanta and Roma lurk behind in fourth and fifth, respectively.

"We knew that Venezia were a difficult team to play against ... We need to win all of these sorts of matches and now we need to win on Saturday (at Spezia) as well," said Hernandez to DAZN.

"Our goal needs to be to win the title, and that's what we need to aim for."

Way back in 13th is Juventus, the 36-time Italian champion some eight points behind its Milan rivals following a hard-fought win at Spezia which at one point was looking like an embarrassing defeat.

However, substitute Federico Chiesa leveled midway through the second half with his first league goal of the season and in the 72nd minute Matthijs de Ligt struck the winner when the ball fell kindly to him from a Paulo Dybala corner.

It was far from a convincing performance though and Spezia could have leveled late on, with Wojciech Szczesny at his best to push away Giulio Maggiore's volley with five minutes remaining.

"It was a difficult match, in the first half we played well, but they managed to fight back," said De Ligt, who has fallen down the pecking order and was only playing because Giorgio Chiellini wasn't fit.

"We're in a period where everything that can go wrong does. Both of their goals came from deflections, let's hope we can have some luck in the future."

Juve has now conceded at least one goal in 19 consecutive league matches, a trend that needs to change with Champions League holder Chelsea visiting Turin in a week's time.

Salernitana earned its first point of the season when it came back from two goals down to draw 2-2 at home with 15th-placed Verona.

Nikola Kalinic put the away side ahead with a deft first-half brace but Cedric Gondo pulled one back just before half-time when the ball dropped to him following Franck Ribery's free kick.

Mamadou Coulibaly then struck the leveler with 14 minutes left to send a passionate home crowd wild, although the promoted outfit stay bottom of the league.

Promoted Empoli is 11th after getting its second win of the season 2-0 at Cagliari thanks to goals in either half from Federico Di Francesco and Leo Stulac.