In its first match of 2020, Turkey takes on Hungary in Nations League 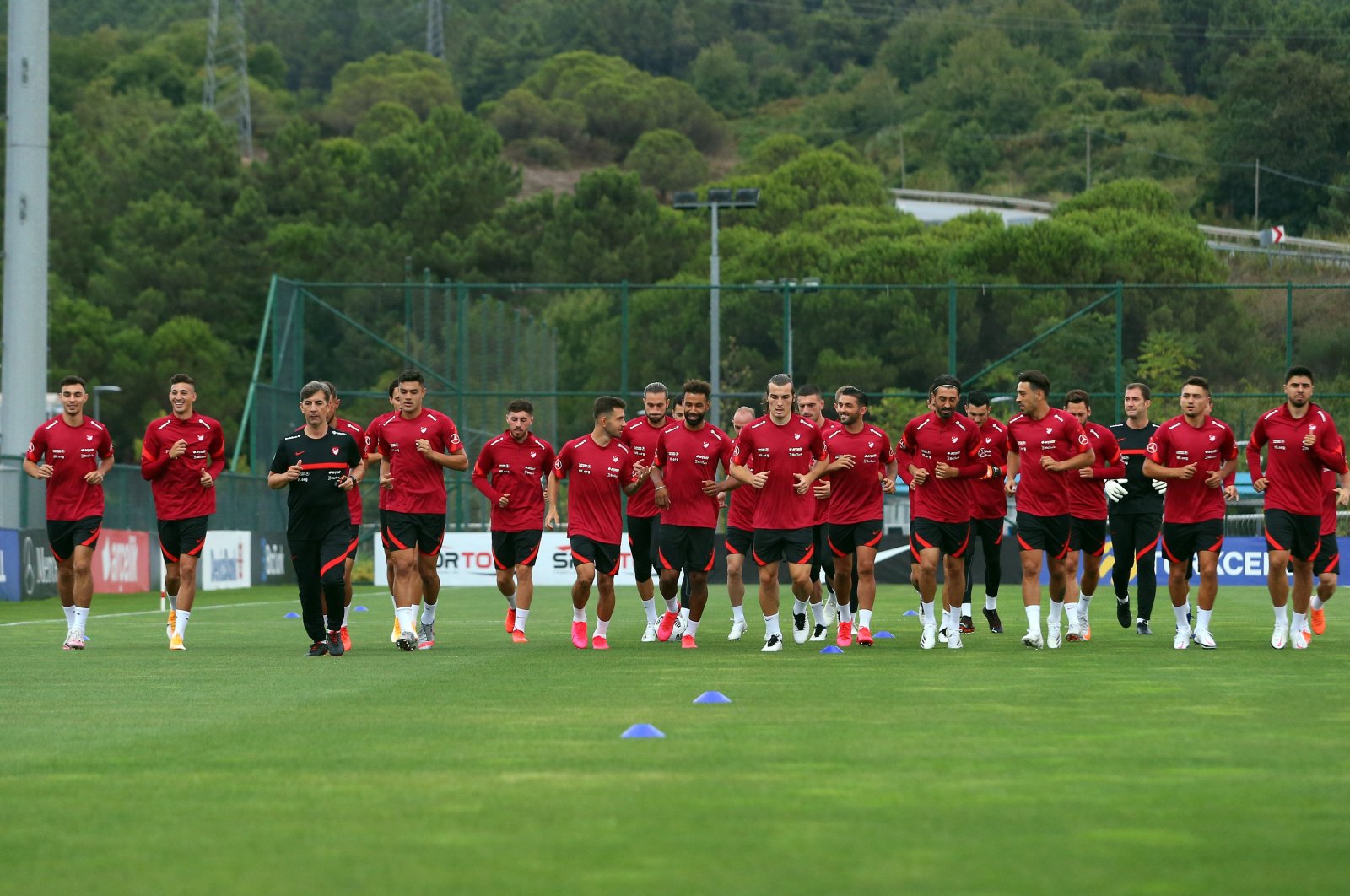 After the postponement of Euro 2020 by a year, international football comes out of a long hibernation this week in Europe with the start of the latest UEFA Nations League, which is being crammed into the autumn despite the ongoing coronavirus concerns and will see Cristiano Ronaldo's Portugal defend their title.

The Turkish national team will host Hungary on Thursday in the first match of League B, Group B3, which also includes Russia and Serbia. It will be the team's first match in 291 days when they face Hungary in central Sivas province. The postponement of Euro 2020 and the coronavirus pandemic dealt a blow to the 2019-2020 schedule of the team, which played last on Nov. 17, 2019, picking up a 2-0 victory over Andorra.

Hungary and Turkey will challenge each other for the 13th time in history. The Turkish side has won four of 12 matches against Hungary.

In other matches, Germany will take on Spain at home on Thursday. "We are delighted to have our team back out on the pitch, and to be able to play international matches again," said Germany coach Joachim Low. "The past few months have been difficult for everybody."

While such a long break is unheard of in the modern era, this is also confirmation of how crammed the calendar will be in the year ahead, with almost all nations playing back-to-back fixtures this month just before Europe's major leagues start the 2020/21 season.

"I think across the board there's got to be a look at the football calendar and that's everyone's responsibility," warned England manager Gareth Southgate last week. "Everybody is trying to put their competitions in and the calendar is growing and the spaces are getting smaller."

The demands on the players will be enormous. Six rounds of Nations League matches will take place in total between September and November, with the top four nations coming together for the finals. Initially planned for June 2021, these are now set to go ahead later in the year, once the European Championship has finally been completed. In the meantime, this Nations League will start with all games behind closed doors, a sad new reality for football in a pandemic and which already applied to the latter stages of the Champions League and Europa League last month.

Another reality of the health crisis is that coaches must be prepared for the possibility of losing players to positive COVID-19 tests, and so France has lost midfield duo Paul Pogba and Houssem Aouar for their matches against Sweden and Croatia. Similarly, Spain has seen Real Sociedad striker Mikel Oyarzabal withdraw from its squad to face Germany and Ukraine. With no fans allowed in, that latter fixture will be played at the Alfredo Di Stefano stadium in Real Madrid's training complex.

Aside from the complications caused by the pandemic, there is another major difference to the last, inaugural Nations League.

Whereas it offered four qualifying berths for Euro 2020, in delayed playoffs which are now due to go ahead in October and November, there is no such incentive this time. Nevertheless, ahead of 2022 World Cup qualifying starting early next year, the two best Nations League group winners who do not qualify for the finals in Qatar via that route will be parachuted into the 12-team playoffs for a second chance at securing a place. It all sounds complicated, but in simpler times the tournament was a breath of fresh air, replacing as it did the monotony of truly meaningless international friendlies.

Portugal beat the Netherlands 1-0 in the inaugural final in Porto, with England and Switzerland also having reached the finals. And there are plenty of enticing fixtures to look forward to among the first batch of games this time, including Germany hosting a new-look Spain, featuring 17-year-old Ansu Fati, in Stuttgart on Thursday. That will be Luis Enrique's first game of his second spell as Spain coach, despite him being reappointed more than nine months ago.

Gareth Southgate's England play away in Iceland and Denmark, while there will be a repeat of the 2018 World Cup final when France host Croatia at an empty Stade de France.

It will be strange, but at least it is further confirmation that football is very much back in Europe, while FIFA canceled all internationals on other continents that were previously planned for this month.