Inter on brink of Serie A title, United aims to delay City celebrations 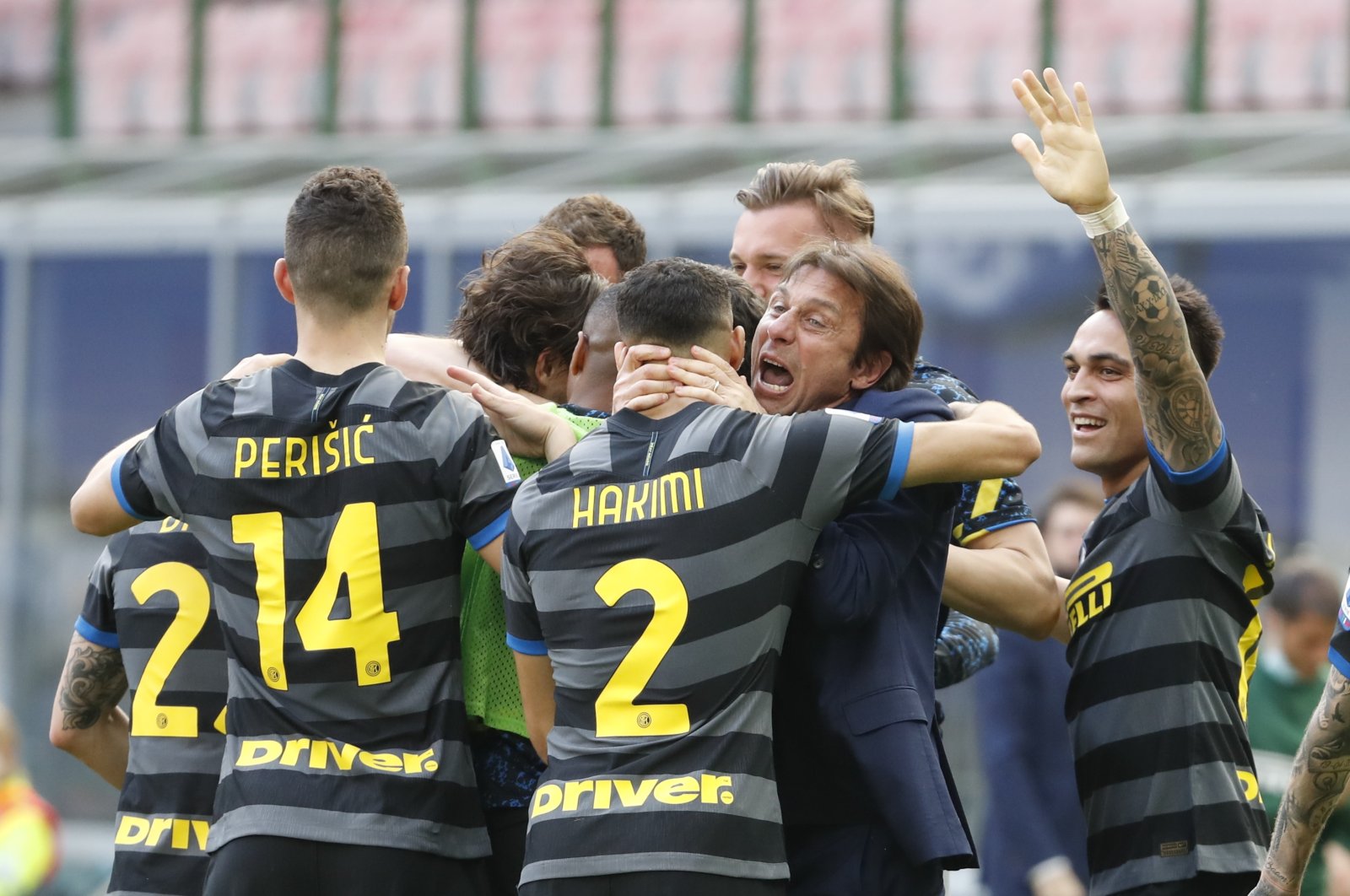 Inter Milan can clinch a first Serie A crown in over a decade since Jose Mourinho led the club to the treble in 2010 if they win and Atalanta drop points at Sassuolo on Sunday.

The Nerazzurri are on the cusp of a 19th Scudetto, which would move them one ahead of city rivals AC Milan but still a distance behind Juventus' record of 36.

Antonio Conte's side has drawn two of its past three games but is unbeaten in 17 and will be expected to see off a Crotone outfit all but condemned to relegation at the foot of the table.

Manchester City could wrap up a third Premier League title in four seasons on Sunday, but Manchester United can keep its local rivals waiting by inflicting further damage on Liverpool's hopes of a return to the Champions League next season.

City's 10-point lead with just five games remaining means it is a matter of when, not if, it will collect the second trophy of a potential treble.

Pep Guardiola's men lifted the League Cup for the fourth consecutive season last weekend before taking a huge step towards the Champions League final with a 2-1 semifinal, first-leg win away to Paris Saint-Germain on Wednesday.

The return leg against PSG is likely to play a big factor in Guardiola's team selection for Saturday's trip to Crystal Palace.

However, one of the hallmarks of City's success this season has been its strength in depth, giving Guardiola plenty of options should he choose to rotate his squad once more.

Having battled back from two goals to beat Lyon, Lille will need to rewrite the recent form guide against Nice, a club the Ligue 1 leader has beaten just once in the past 16 attempts.

Turkish forwards Burak Yılmaz is the man of the moment for Christophe Galtier's side, netting 12 goals in 24 games during his first season in one of Europe's top five leagues, at the age of 35.

Lille has performed better as the hunter rather than hunted but could find itself in second place at kick-off, if Paris Saint-Germain beats Lens earlier in the day.

Barcelona's shock home loss to Granada means Ronald Koeman's men no longer have their destiny in their own hands, with the top four in Spain separated by three points with five games to play.

Two defeats in four have stalled Barca's title charge and handed back the initiative to Atletico Madrid, the visitors to Camp Nou next weekend. Real Madrid, like Barca, are two points adrift with Sevilla another point further behind.

Valencia has won just eight matches this term and are just six points clear of the relegation places but did hold Barcelona to a 2-2 draw in December.

The Bundesliga takes a step back as the German Cup resumes with second-tier Holstein Kiel, the conquerors of defending champions Bayern Munich, aiming to continue its surprise run against Borussia Dortmund in the semifinals.

While Erling Braut Haaland and Dortmund are bidding to win the cup for the fifth time, and first since 2017, promotion-chasing Kiel will be making just a second appearance in the final four.

Julian Nagelsmann begins his RB Leipzig farewell when the 2019 runners-up visit Werder Bremen in Friday's first semifinal. The 33-year-old will leave to take over at Bayern in the summer.

The onset of the COVID-19 pandemic last year denied Ajax the chance at another Eredivisie title, but the Amsterdam giant has shaken off that disappointment thanks to a top-flight run of 19 games without defeat.

Erik ten Hag's men sit 12 points clear of PSV Eindhoven heading into the final four rounds of the campaign. Their far superior goal difference effectively guarantees they cannot be caught, but a point against Emmen will confirm them as champions.

Earlier this month, Ajax hoisted the Dutch Cup for the 20th time as David Neres scored a stoppage-time winner in a 2-1 victory over Vitesse Arnhem.