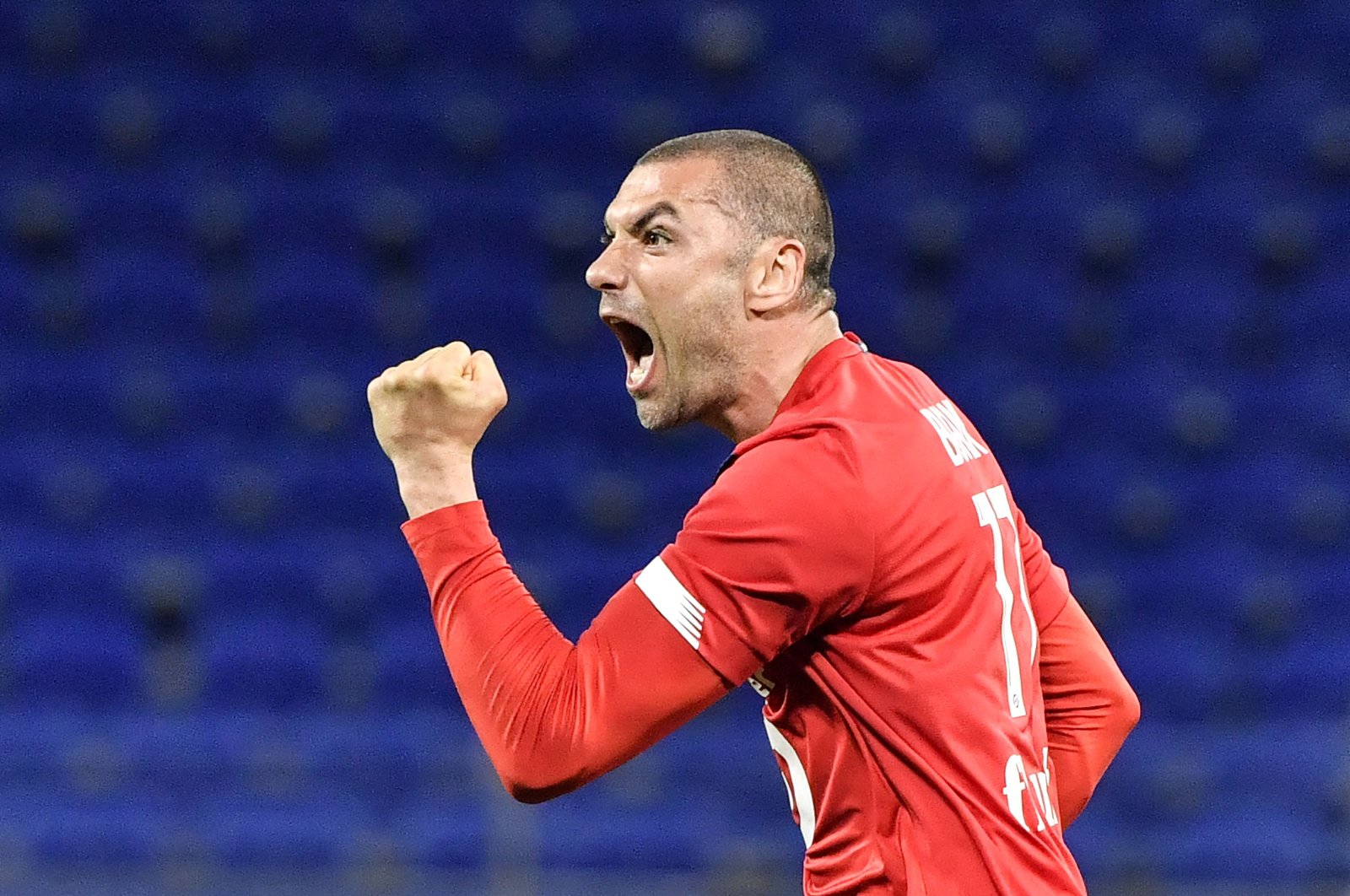 The visitors trailed by two goals shortly before half-time, but the 35-year-old Turkish forward inspired an unlikely fightback to send Lille one point clear of PSG with four matches remaining.

"Scoring just before the half time gave us a lot of confidence, we knew we could go all the way," Lille's other goalscorer Jonathan David told Canal Plus.

"We will celebrate, then focus on the next match. These are victories which prove to us that we can go to the end."

Lyon assistant coach Claude Fichaux said: "The scenario and the result are terrible. We arrived in the dressing room downcast."

Lyon struck first in the 20th minute as Islam Slimani drilled Maxence Caqueret's cut-back into the roof of the net.

The hosts then doubled their lead in comical circumstances 10 minutes before the interval as confusion in the Lille defense ended with the ball ricocheting off captain Jose Fonte and into his own net.

But Christophe Galtier's men gave themselves hope on the stroke of half-time when Yılmaz smashed a free-kick into the top corner to score his 11th league goal of the campaign.

The visitors leveled on the hour mark as Yılmaz broke clear of the Lyon defense and squared for David to convert a simple tap-in.

The 35-year-old sealed the victory in the 85th minute, latching onto his fellow Turkish international Yusuf Yazıcı’s flick-on to bear down on goal and clip a cool finish over Lyon goalkeeper Anthony Lopes.

Elsewhere, Monaco, which edged PSG to the title in 2017, remained well in the hunt.

Monaco coach Niko Kovac's men were frustrated for long periods at Angers, with Stevan Jovetic hobbling off injured early on shortly after being denied in a one-on-one by home goalkeeper Paul Bernardoni.

Kevin Volland and Aleksandr Golovin both went close for the visitors before half-time, while Guillermo Maripan struck the crossbar from close range early in the second period.

But Ben Yedder, who replaced Jovetic, found space with 11 minutes to play and lifted the ball over Bernardoni to grab his 18th league goal of the campaign and clinch a precious three points.