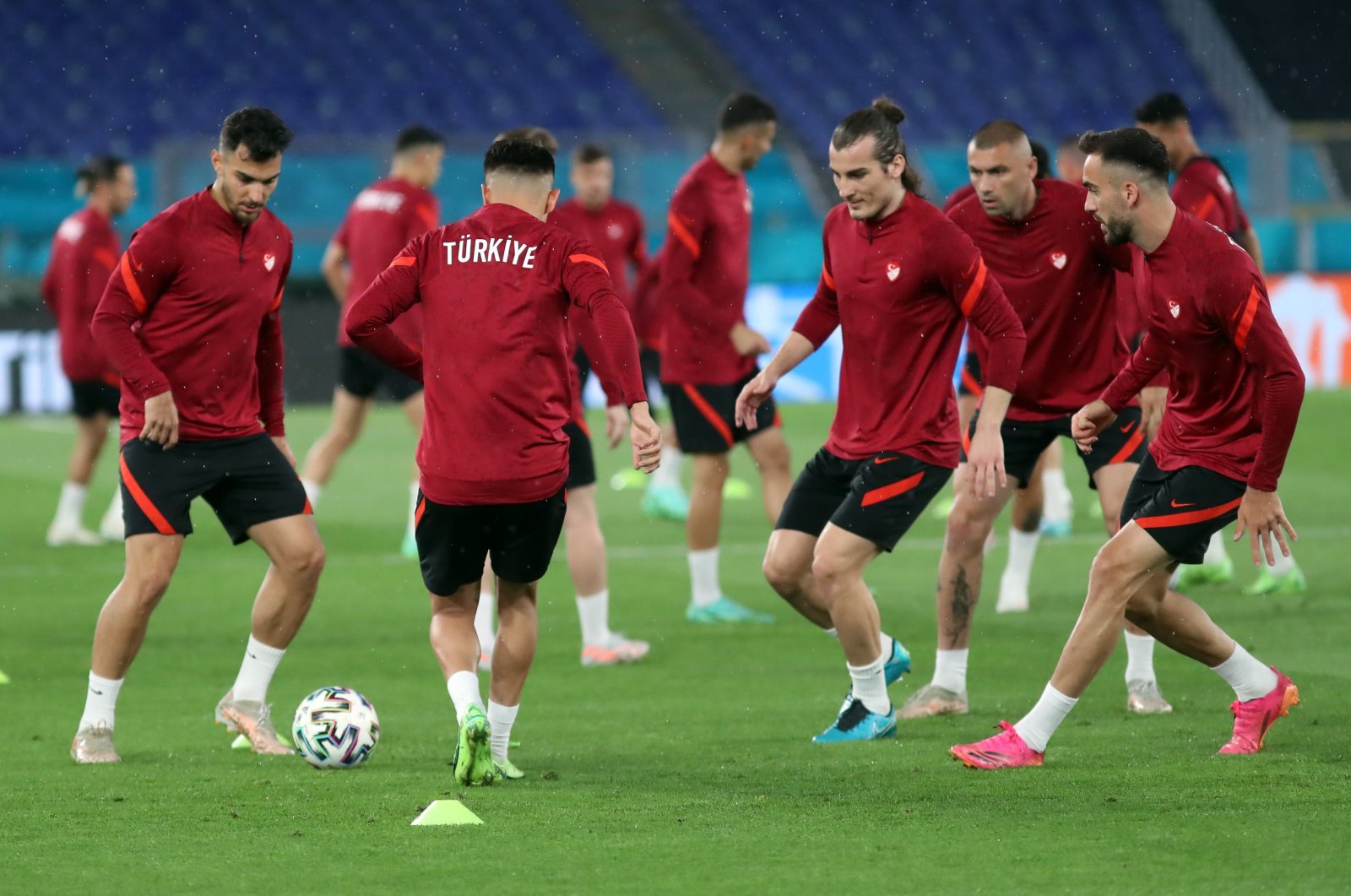 Real problems require real solutions and fancy adjectives usually do not help. Turkey’s squad is full of good, solid, dependable players, but none of those adjectives by themselves can create a passing plan. Italian manager Roberto Mancini knew that and forced Turkey into playing a game it had never done before. By fiercely pressing Şenol Güneş’s side for almost 60 minutes, Italy not only showed a great performance but also exposed a huge gap in Turkey’s game.

Up until last Friday, the general opinion – including that of myself – was Turkey had a solid defensive game. This was, and is, partially true, but there is also another side of the story, which Mancini was well aware of. When you attack Turkey without sufficient counterpressing to collect the ball, it usually manages to bring the ball from the defense to midfield. Against France, the Netherlands and Norway, Turkey did not encounter such a strategy, thus was able to organize its counterattacks.

Italy, however, took a risk and pressed Turkey’s defensive build-up incredibly high in the opening match of the Euro 2020. So much so, center back Giorgio Chiellini was only 10 meters away from Turkey’s penalty box between the 30th and 45th minutes, leaving a vast area behind him. Nevertheless, Turkey could not launch a single, dangerous counterattack despite Italy’s half being almost empty throughout the 90 minutes. The fact was clear to everyone watching the game – Turkey did not have a game plan to get out of intense counterpress.

The center of Turkey’s defense – Çağlar Söyüncü, Merih Demiral, and Okay Yokuşlu – did not have any passing options when they had the ball. The situation was so dire that most of the time the only pass they made was back to the goalkeeper Uğurcan Çakır, who always kicked the ball back to Italy. Thus, the game was simply Italian attacks occurring in an infinite loop.

I think Şenol Güneş made a huge mistake by not anticipating a counterpressing game from Italy. He thought he could simply wait in his half and somehow play a long ball to Burak Yılmaz. Unfortunately, Turkish players were not able to keep their heads up and look for an option under such fierce pressing. All they could do was improvise and try to pass the ball to someone without losing possession.

Combined with the lack of Turkish press in the opponent’s half, which I expected Güneş would do, Italy played probably one of the easiest games in the last two years. Reminding the Italian invention “Catenaccio,” Turkey thought they could wait out and punish Italy with swift counterattacks. But to do so, you need to have a plan to carry the ball from defense to offense.

The moral of the story is clear: Turkey has no plans for defensive build-ups, but it has no time to create one as well. Since the team has to win the next two games, Güneş has to deploy more talented midfield players, like Taylan Antalyalı and İrfan Can Kahveci, and hope for a more fluid game. In addition, Turkey has to press its opponents and not let them squeeze the game near its own penalty box.

Wales and Switzerland may not be as talented or brave as Italy, but they will definitely use counterpressing to capitalize on Turkey’s main weakness.

Güneş’s best bet now would be to strengthen the midfield and fight press with press. As the youngest team in the tournament, Turkey might benefit from playing the game at a higher tempo.